India is an agrarian country but the importance of warehousing was not felt till 1950.

India is an agrarian country but the importance of warehousing was not felt till 1950. Agriculture contributes 16  percent of the overall GDP and accounts for employment of approximately 52 percent of the Indian population. It is estimated that more than 40 percent of our agricultural productions wasted due to poor storage facilities. 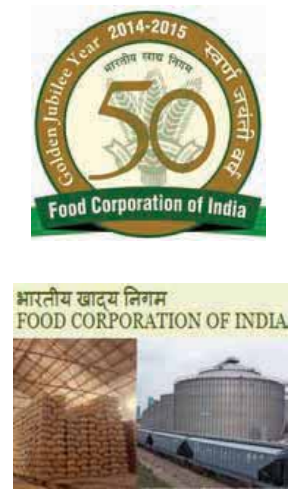 The three main agencies in the public sector engaged in providing large scale warehousing facilities are:

A. Food Corporation of India (FCI)

It was established in 1957. The available storage capacity of Central Warehousing Corporation is 11.17 million tonnes and with the operation through 464 warehousing centers across the country. (as on 30th September, 2017).

i.               To provide agency services for scientific storage of agricultural produce, seeds, manures fertilizers, agricultural implements and other notified commodities.

ii.               To issue a negotiable warehouse receipt for procuring credit to the owners of goods.

iii.               To preserve the produce deposited with care and protect against insects and various pests and deterioration due to moisture and dampness.

iv.               To act as an agent of the government  for the purchase and sale, storage and distribution of specified commodities and transport to and from warehouse.

v.               To reduce the cost of storage and facilitate the marketing of produce through proper grading.

Every state government is given power to establish its own Warehousing Corporation after getting approval from the CWC. 50% of the capital is contributed by the CWC and the balance 50% contributed by State Government.

It was established in 1959. The available storage capacity of TNWC is 6.83 Lakh MT with 7 Regional offices and 256 Godowns across the state. It is one of the biggest public warehouses operating in the state, offering logistic services to a diverse group of clients.