a) Now the teacher will read the following words. Listen carefully to the stress in each word. Write against each word whether it is a noun or a verb and mark the stress. 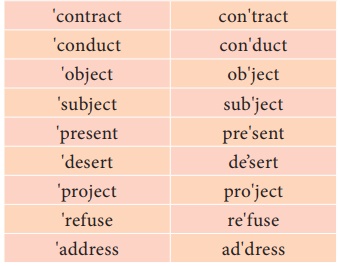 b) The most noticeable difference between American and British English is in the vocabulary usage. There are hundreds of everyday words that are different.

For example, British call the front of a car the Bonnet, while Americans call it the Hood.

c. Some British English words are given in column ‘A’. Write their corresponding American English word is Column ‘B.’ 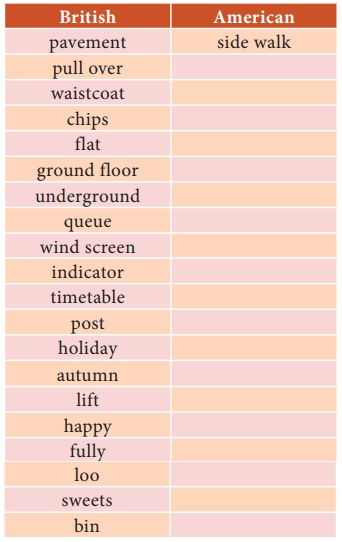 d. Similarly there   is a difference in  the  spelling  of  certain  words between American and British English.  In  Column ‘A’ words  are  spelled  in American. Write  down the  corresponding  British  English spelling for those words in column ‘B’. (The first one is done for you) 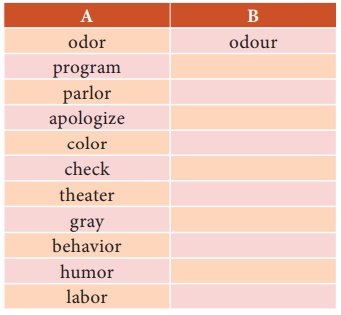