In the previous chapter we studied various aspects of the theory of a single R.V. In this chapter we extend our theory to include two R.V's one for each coordinator axis X and Y of the XY Plane.

In the study of two dimensional discrete R.V.’s we have the following 5 important terms.

2.     It should satisfies the following conditions 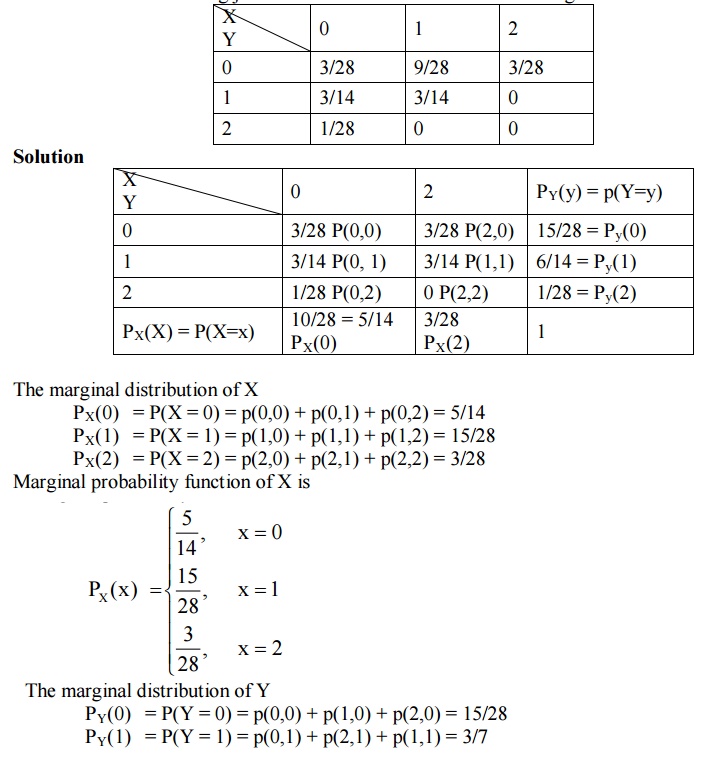 If (X, Y) can take all the values in a region R in the XY plans then (X, Y) is called two-dimensional continuous random variable. 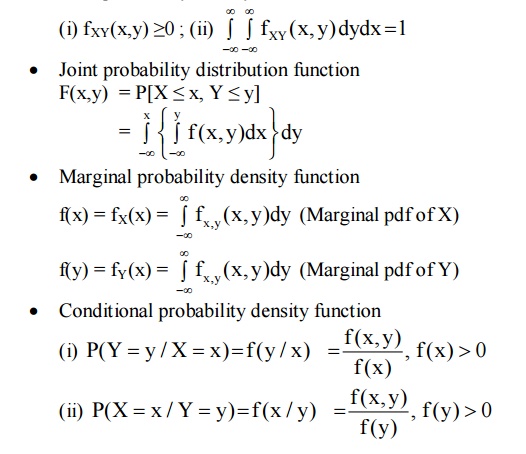 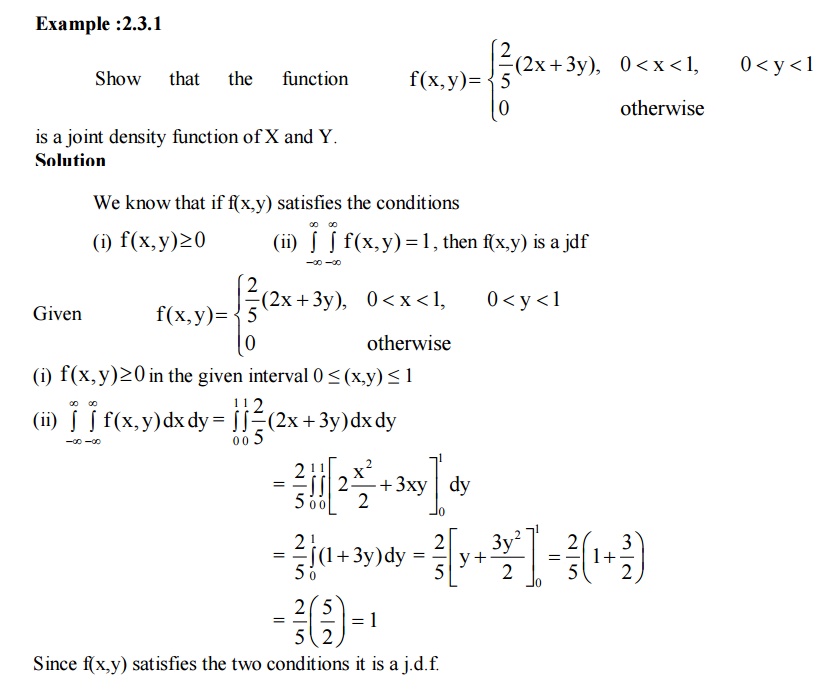 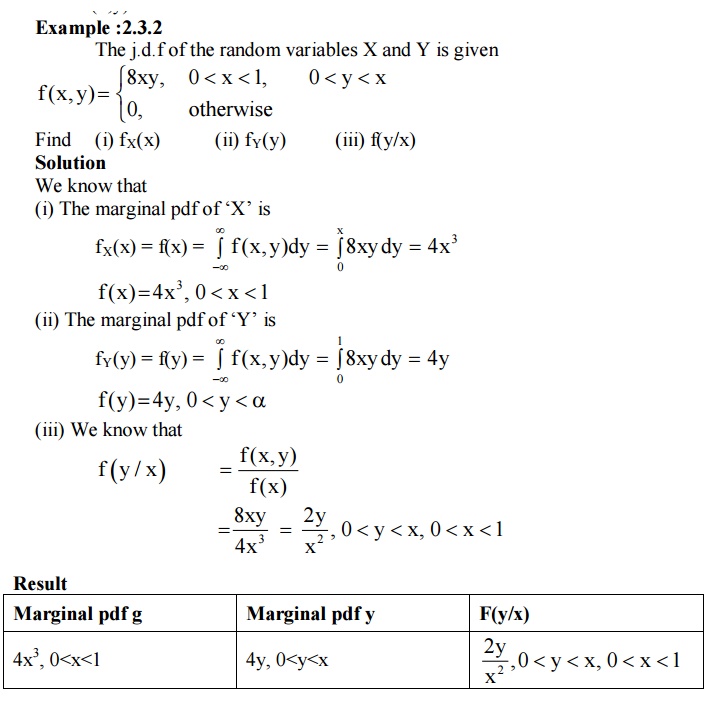 The line of regression of X on Y is given by

1. From the following data, find

(i) The two regression equation

(ii) The coefficient of correlation between the marks in Economic and Statistics.

(iii) The most likely marks in statistics when marks in Economic are 30. 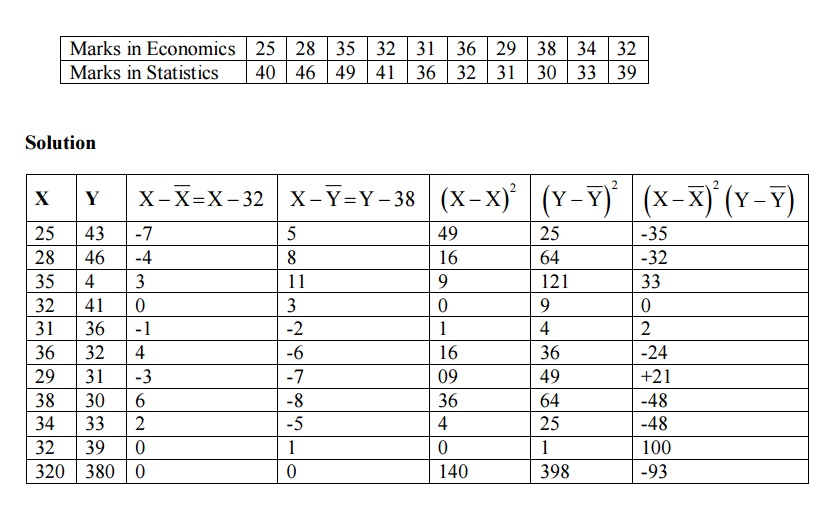 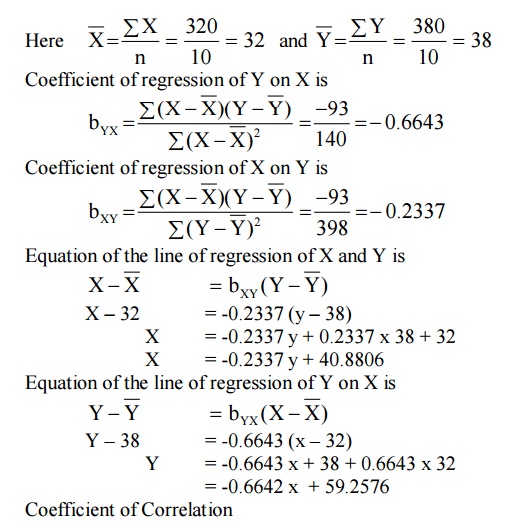 Def : If X and Y are random variables, then Covariance between X and Y is defined as

(If two variables constantly deviate in opposite direction)

Correlation coefficient between two random variables X and Y usually denoted by r(X, Y) is a numerical measure of linear relationship between them and is defined as 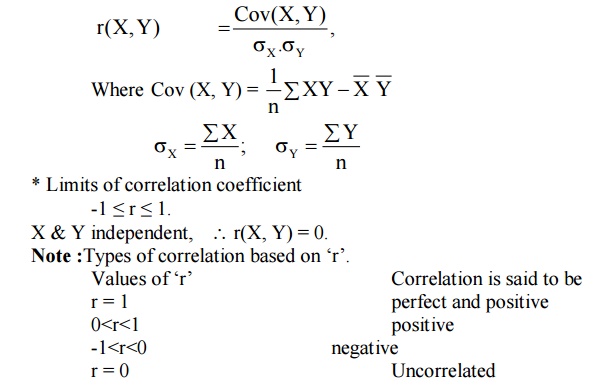 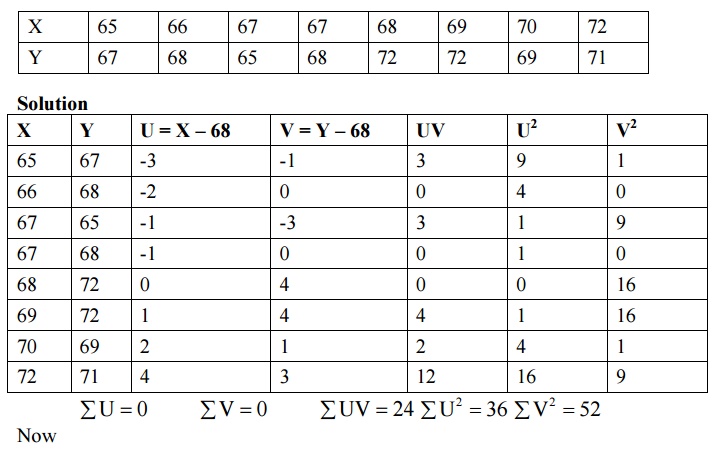 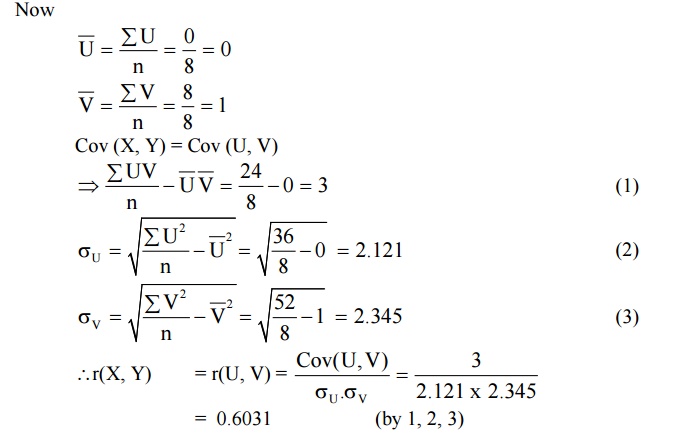 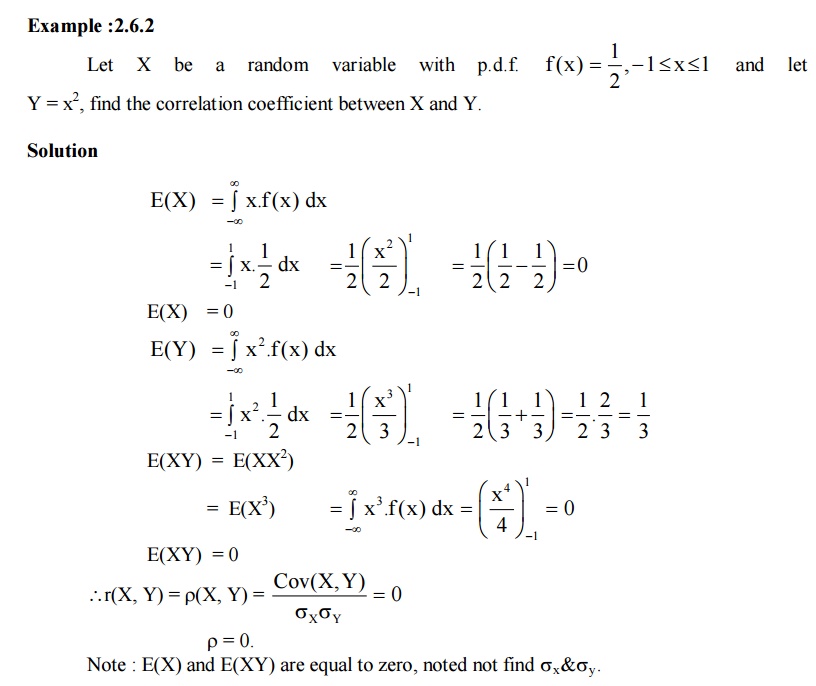 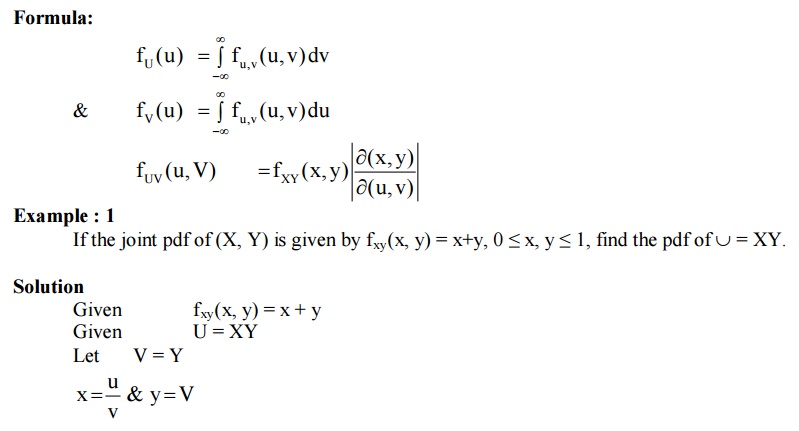 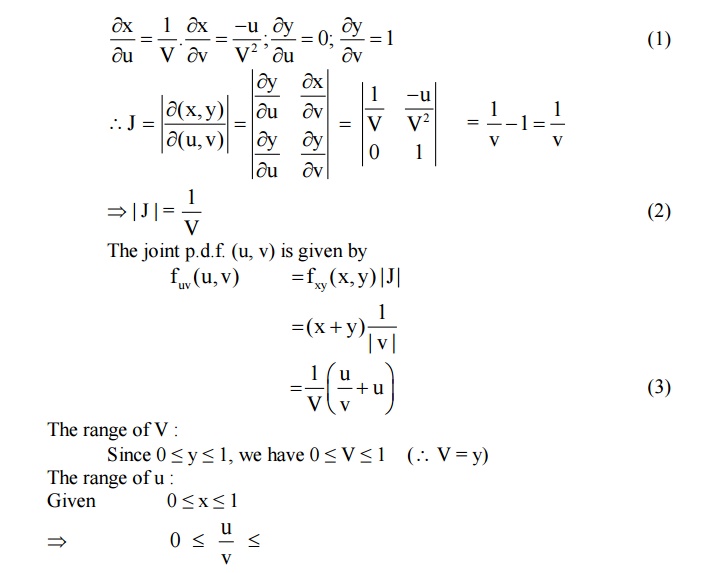 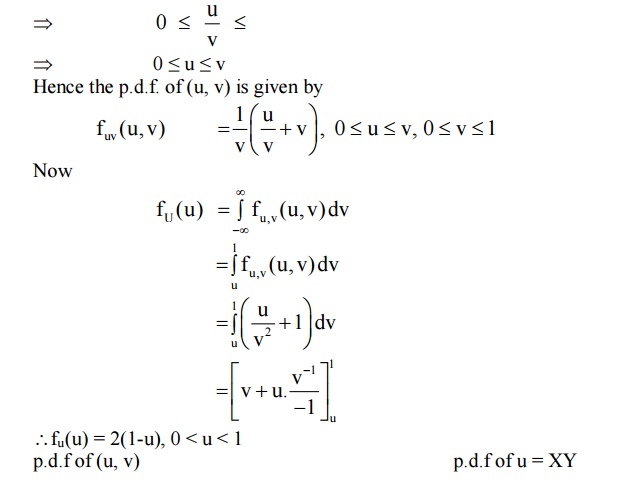 2.     Obtain the correlation coefficient for the following data:

5. If the joint probability density function of a two dimensional random variable (X,Y) is

The j.d.f of the random variables X and Y is given 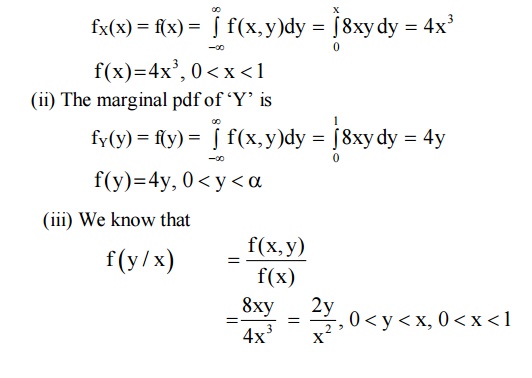 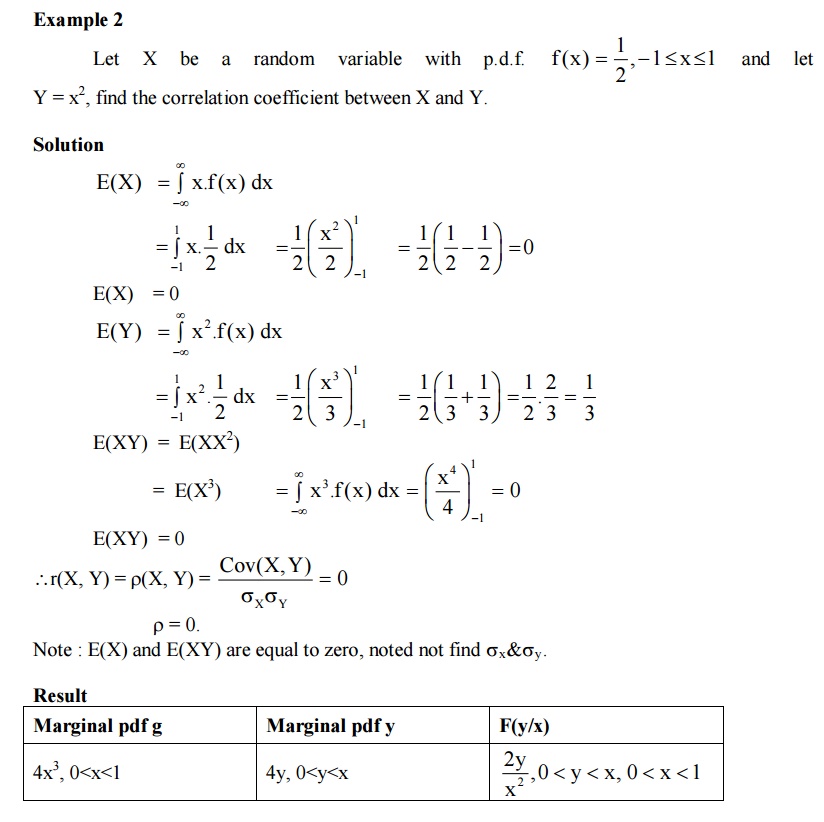