Fashion theories indicates the process of fashion ideas. The theories explain the fashion trend. It also tells about how fashion moves from one stage to other stage. There are three theories of fashion (Figure 15.2). 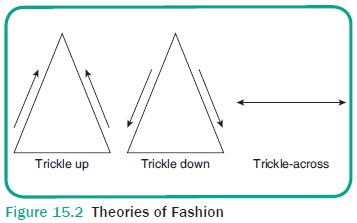 ·           Gradually upper class people copy them and then by the lower class of people.