The World Bank which is based in Washington, was originally known as the International Bank for Reconstruction and Development (IBRD). 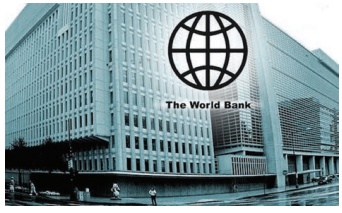 The World Bank which is based in Washington, was originally known as the International Bank for Reconstruction and Development (IBRD). The World Bank or often referred to as the Bank Group was founded in 1945 and serves as the largest source of funding and knowledge for developing countries in the world. The term “world bank” was first used in reference to IBRD in an article in the Economist on July 22, 1944, in a report on the Bretton Woods Conference. The primary focus of the Bank is to work with the poorest people and the poorest countries through its five institutions to reduce poverty, increase economic growth and increase the quality of life by using its financial resources and its extensive experience. The World Bank is managed by its member countries who are either lenders, borrowers or donors.

Many developing countries in the world use the World Bank’s assistance ranging from loans and grants to technical assistance and policy advice. The Bank works with a wide range of actors that includes government agencies, civil society Organisations, other aid agencies and the private sector. Although the fundamental mission of the World Bank is reducing poverty and improving the quality of life has not changed, in recent times it is adjusting its approaches and policies to the needs of developing countries in the new economic context. Challenges to development now requires institutions that are not only close to the people but are also capable of mobilizing key actors whether the government, private sector or the civil society to address global threats. In order to address these challenges, the Bank has sharpened its focus on strategic priorities, reforming its business model and improving its governance. These reforms include inclusiveness, innovation, efficiency, effectiveness and accountability and fall into five areas:

Reforming the Lending model: By modernizing its financial services and lending model, the Bank seeks to provide more tailored responses to the borrowers’ needs. Calling for closer attention, the approach seeks to establish substantial results and for stream lined processes, improved supervision and higher risk investment.

Increasing Voice and Participation: With an additional seat in the Board of Directors for Sub-Saharan Africa and an increase in voting power of developing countries, the Bank seeks to elevate the representation and influence of developing and transition countries that are in the Bank Group.

Promoting Accountability and Good Governance: Among its key concerns, the Bank has governance and anticorruption across sectors and countries. This is based on the mandate to reduce poverty – a capable and accountable state creates opportunities for all to develop.

Five Institutions of the World Bank

·           The International Bank for Reconstruction and Development

·           The International Centre for Settlement of Investment Disputes

Increasing Transparency, Accountability and Access to Information: The Bank’s ability to access information policy provides opportunities for the Bank to share its knowledge and experience with a wide audience in order to enhance its quality of operations by providing more information about projects and programs than ever before.

Modernizing the Organisation: TO make it a better development partner, the Bank is undergoing a series of reforms. There are three main areas in which these reforms are taking place (i) it is modernizing its lending and knowledge products and services to better serve its clients and to serve their efforts to reduce poverty better, (iii) improvements in sharing and access to knowledge and expertise both from within and outside is being undertaken and (iii) it is modernizing the processes and systems that underpin the Bank’s work.

Since the beginning of operations in 1946 with thirty-eight members, there has been a dramatic change in the number of members and the conditions in the world. As many nations became independent from colonial rule, they gradually joined the institution and subsequently the bank and the development needs of member states expanded. There are five institutions that constitute the World Bank (i) the International Bank for Reconstruction and Development, (ii) International Development Association (iii) International Finance Corperation, (iv) The Multilateral Investment Guarantee Agency and (v) The International Centre for Settlement of Investment Disputes.

The International Bank for Reconstruction and Development (IBRD): The main objective of the IBRD is to reduce poverty in middle -income countries and credit worthy low income by promoting sustainable development through loans, guarantees and analytical and advisory services. It was established in 1945 and has 184 members. Its net income and allocable income for the fiscal year in June 2018 amounted to $698 billion.

The International Development Association: It supports country-led initiatives for poverty reduction in the poorest countries with interest-free credits and grants with money received from contributions made by members. It was established in the year 1960 and its total commitment amounted to $24 billion in the fiscal year June 2018.

The International Finance Corporation: It provides loans to the private sector to promote economic development in developing countries. It was established in 1956 with 176 members and its investments in the year 2018 amounted to $23.3 billion.

The Multilateral Investment Guarantee Agency: This agency encourages private companies to invest in developing countries by providing guarantees against such risks as breach of contract, conflict, war and currency inconvertibility. It was established in the year 1988 with 164 members with net business reaching a record high of $5.3 billion.

The International Centre for Settlement of Investment Disputes: It encourages foreign investment in developing countries by providing facilities for arbitration of investment disputes. It was established in 1966 with 140 members.

Debate: Do you think the World Bank is politicised now? Is it partial? or Impartial?