The Trick Robot: Questions with Answers

A. Choose the correct option.

B. Read the statement and write True or False.

1. Vicky pleaded his father to buy a robot. (True)

3. The robot did not obey his master. (True)

Vicky was a lazy boy. He never did his homework on time.

2. Who asked the Robot to charge his phone?

Vicky asked the Robot to charge his phone.

3. Whom did Vicky want to do all his work?

Vicky wanted the Robot to do all his work.

4. How did Vicky change at the end?

In the end Vicky decided to do all the work himself. So he wanted to sell the Robot.

5. What did you learn from this lesson?

D. Match the dialogue to the character.

"I will do all the work myself."

"First, you charge my battery."

"I have bought you a robot." 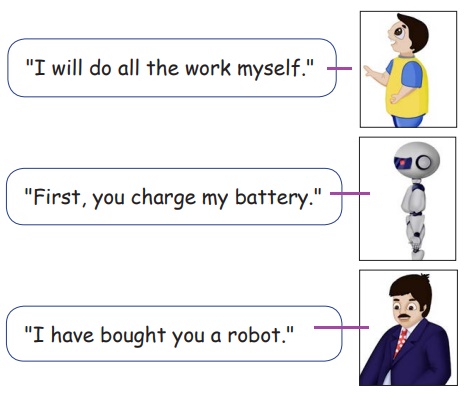 E. Name the character or speaker.

A naming word which is used for one person or thing is called singluar. Example: Bat

More than one (Plural)

A naming word which denotes more than one person or thing is called plural.  Example: Bats 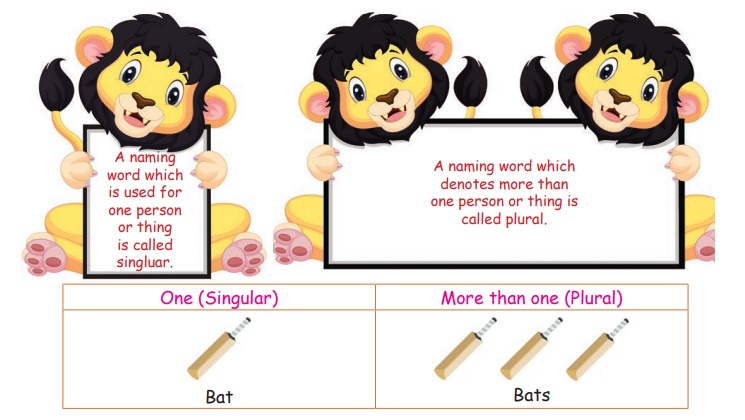 Some tips to change singular to plural