Long ago, there was a kingdom at the foothills of Anaimalai. The kingdom flourished in trade and arts under the rule of their king's rule.

Long ago, there was a kingdom at the foothills of Anaimalai. The kingdom flourished in trade and arts under the rule of their king's rule. He was respected and revered by all. It has been thirty years under his rule now. One day, the ageing king woke up worried. He was getting very old and had no heir to take his place. He decided to adopt and raise a child as the heir, but he knew that the adopted child must be honest. 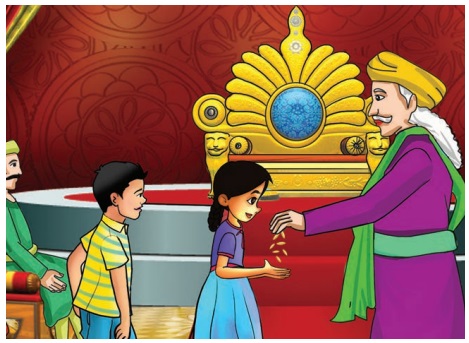 To find the child, he held a competition in his kingdom that was open to all. The competition had many levels and spanned for nearly six months. At the end of it, five boys and five girls made it to the very last round. There seemed little to separate them; each one of them was intelligent, strong and capable.

The king said, "I have one last test for you all. The one who passes this test will be the winner. As you all know the winner will be the heir to my throne." He continued, "Our kingdom depends on agriculture, so the new leader must know how to grow plants. Here are seven seeds of wheat for each of you. Take them home. Plant and nurture them for six weeks. At the end of the sixth week, we shall see who has done the best job of nurturing them. That person will be the heir to the throne."

Think: Can you guess how the king would find the honest kid using the seeds?

The children took their seeds and hurried home. They all got a pot, prepared some soil and sowed their seeds. The entire kingdom was excited. They were all anxious to see who the next king would be. 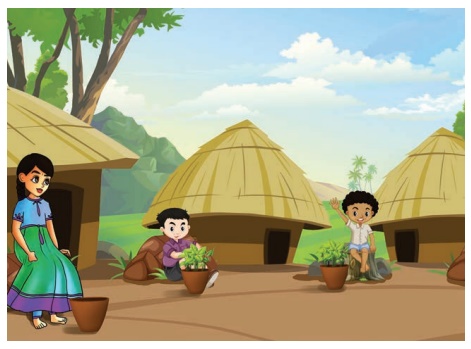 One of the finalists was Ani. The days stretched into weeks, but the seeds failed to sprout. Ani didn't know what had gone wrong. Ani and her parents were heartbroken. She had selected the soil with care, put the right manure, and very dutifully watered it. She had even prayed over it, day and night, and yet her seeds hadn't grown at all.

Some of her friends advised her to go and buy new seeds from the market and plant. After all, they said, "How can anyone tell if they were the same seeds?" Ani's parents had always taught her the value of honesty. They reminded her that if the king wanted them to plant just any wheat, he would have asked them to get their seed.

"If you use anything different from what the king gave, that would be dishonest. Maybe you're not destined for the throne. If so, let it be, but it would be wrong to cheat the king," they told her. Ani agreed. 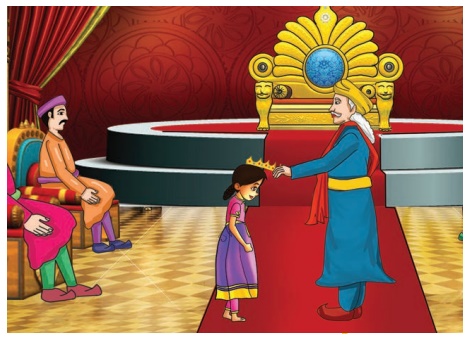 It had been six weeks now. The much-awaited day had come. The children returned to the palace, each of them proudly carrying a pot of healthy seedlings. It was obvious that the other nine had great success with their seeds.

The king arrived. He was beaming looking at the children and their pot of healthy seedlings. He began walking along the line of pots the children had kept. He asked each of them, "Is this what grew from the seeds I gave you?" And each of them responded, “Yes, your majesty.” And the king would nod and move down the line.

The king finally got to the last one, Ani. The girl was shaking. She feared that the king might have thrown her into prison for wasting his precious seeds. "What did you do with the seeds I gave you?" the king asked.

"Your majesty, I planted them and cared for them every day. I am sorry but, they failed to sprout," Ani said. She hung her head in shame. "Boo!" jeered the crowd.

But the king raised his hands and signalled for silence. Then he said, "Dear people, behold my heir. The next leader of our kingdom!"

The people were confused, "Why that girl? How can she be the right choice?"

The king took his place on his throne with Ani by his side and said, "I gave each of them, seven seeds. This test was not for growing wheat. It was a test of character, a test of honesty. If a leader must have one quality, it must be that he or she should be honest. People should be able to trust the leader. Only this girl passed the test. I gave boiled seeds and boiled seeds cannot grow."

kingdom: a region ruled by a king

flourished: developed in a healthy way

adopt: legally take and bring up