Once upon a time, there lived a merchant who sold things made of brass and tin. He used to travel across the rivers and mountains to sell. 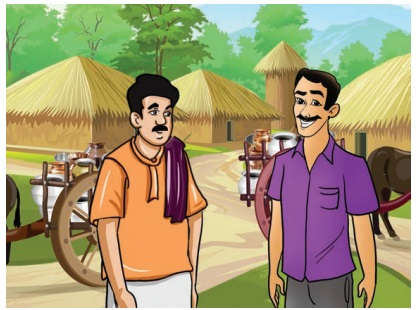 One day, when they went to a town, they divided the streets of the town. They did not want to disturb each other while selling. They moved through the streets they had chosen and called, “Utensils made of brass and tin for sale!”

In an old house, there lived a woman and her granddaughter. They were once a wealthy family but now lived in poverty. They only had one plate left as a memory of their wealth. The grandmother kept the plate in memory of her husband. 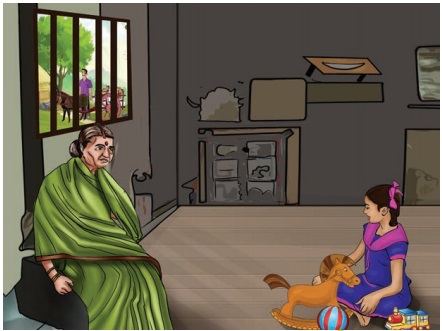 The greedy merchant passed this house saying, “Utensils made of brass and tin for sale!”

The granddaughter heard him and said to her grand mother, “Ammama, please buy something for me.”

The granddaughter said, “We have that one old plate that we don't use. Let’s see what the merchant will offer for it. We can get something we can use.”

Ammama called the merchant and showed him the plate. She asked, “Will you take this plate and give any of your utensils?” 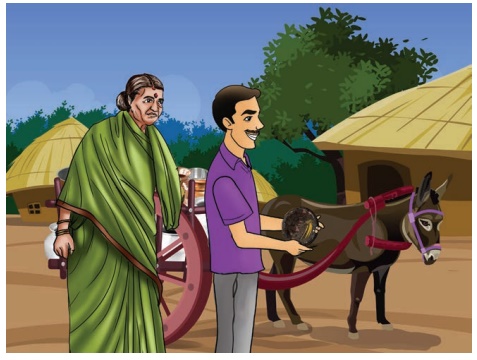 The man took the plate and scratched it with a needle. He found that it was a golden plate. He said, “What is it worth? Not even one rupee.”

He threw the plate on the ground and walked away.

Both the merchants completed their streets. They had decided that either of them could go to any house that the other did not sell in. The first merchant passed the same old house and called, “Utensils made of brass and tin for sale!”

The little girl again asked her Ammama to check.

She said, “Kanna, the first merchant threw the plate and went away. I have nothing else to offer.”

The girl replied, “Grandma, that merchant was angry. This merchant looks nice. Maybe we will get something.”

Ammama asked the girl to call the merchant and show the plate. The merchant took the plate in his hands and found that it was made of gold. He said, “I am not rich enough to buy this plate. This is a gold plate.”

Ammama said, “Are you sure? This is gold? The other merchant threw this on the ground and went away." 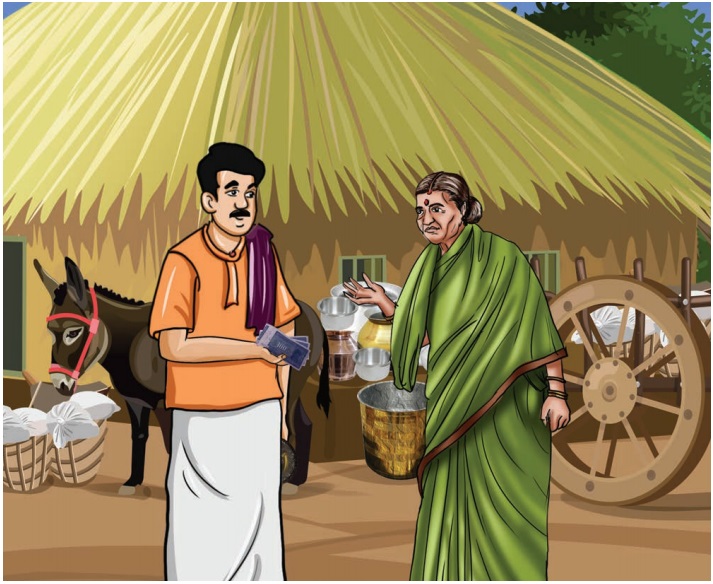 The merchant said, “I do not know why he did that. If you wish to sell it, take all the dishes you want.”

The little girl took some dishes of her choice but, the merchant was not happy. So, he gave all his money, his donkey, his cart and his wares to Ammama. He only kept eight rupees for the ferry home.

He quickly went towards the river. He paid the eight rupees to the boatman to take him across the river. Soon, the greedy merchant went back to the old house. He called the girl and said, “I've changed my mind. I will give you ten rupees for it."

Ammama said, “You considered the plate worthless, but another merchant has paid a huge price for it and took it."