The Gift: Questions with Answers

1. The rich man shouted at the beggar.

2. A man in shabby clothes stopped near him.

4. Kaliyan worked in a farm.

5. The old man helped the poor and needy.

B. Match the following.

2. trash can - hungry and tired

1. How did the rich man maintain his house?

The house of the rich man was big and luxurious. There was a beautiful garden around the house.

2. Where was the old man sleeping?

The old man was sleeping under a tree.

3. What was the dish served to the old man?

Gruel was the dish served to the old man.

4. Why did the old man need someone?

The old man’s wife and son were dead. The old man wanted to continue his service. So he needed someone to help him.

5. How did the old man disguise himself?

The old man disguised himself as a beggar. 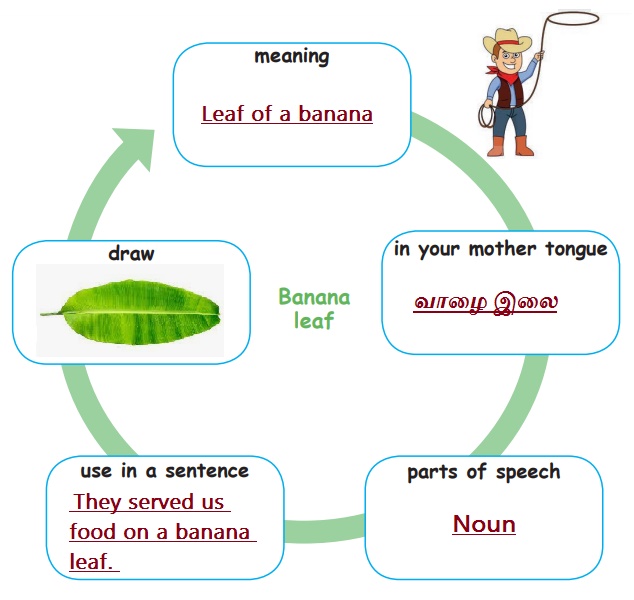 Leaf of a banana (வாழை இலை) : They served us food on a banana leaf. (Noun)

I support Kaliyan because ....... he was kind to the old man

Hi friends, I am here to show my magic tricks.

Like this we can join many words together to form new words.

A suffix is a letter combination that are fixed at the end of the word. The suffixes add new meaning to the word. 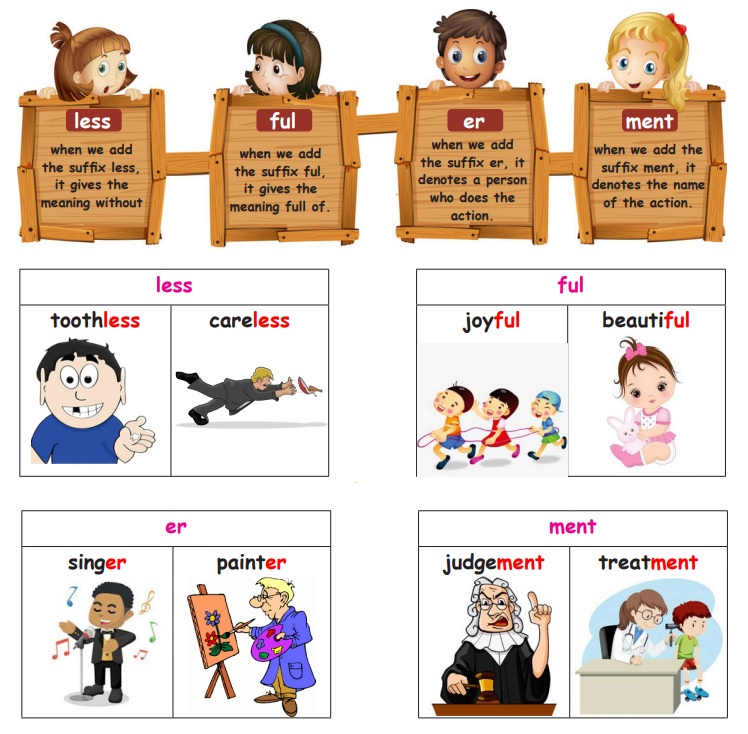 A. Join the words and write the new word.

C. Add appropriate suffix to each word with the clues given.

2. A person one who teaches  teacher.

4. Having no money penniless.