The earliest teleosts were probably pholidophoroids or leptolepoids, groups that consisted of several families and that may have been ancestral to more than one of the main lineages of teleosts, including the osteoglossomorphs and elopomorphs. The important point to remember, reiterating the phylogenetic account, is that modern teleosts arose during four major radiations that produced the  subdivisions

the latter being by far the largest.

A listing of teleostean families is unavoidable, in part to appreciate their tremendous diversity but also because most fishes encountered anywhere in the world will belong to one of the 40 orders and 448 families (and 4278 genera) of teleosts. Despite their amazing diversity, teleosts share a number of characters that indicate common ancestry, particularly in the more advanced subdivision of the euteleosts or “true teleosts” (see below). The primary shared derived (synapomorphic) characters that unite the teleosts involve numerous bones of the tail and skull (Fig. 14.1). Importantly, the ural neural arches of the tail are elongated intouroneural bones. This means that in the tail base region, the neural arches that sit dorsal to the vertebral column fuse into elongate bones termed uroneurals. These new bones serve as basal supports for the rays that form the upper lobe of the tail fin and thus help stiffen it; their number and shape change during teleostean phylogeny. In the skull, among other characters, teleosts have a mobile premaxillary bone rather than having the premaxilla fused to the braincase. A mobile premaxilla is essential for upper jaw protrusion and allows a fish to shoot its mouth forward during prey capture, creating suction pressures and also overtaking prey.

In sum, major changes that define the teleosts contributed to the advances in locomotion and feeding that apparently led to their success. Most of the characteristics described here are discussed in more detail in Wheeler (1975), Berra (1981, 2001), Carroll (1988), and Nelson (1994, 2006). The overall  classification followed, many of the characteristics described, and the numbers of species provided for different orders are based on Nelson (2006) with exceptions as noted. 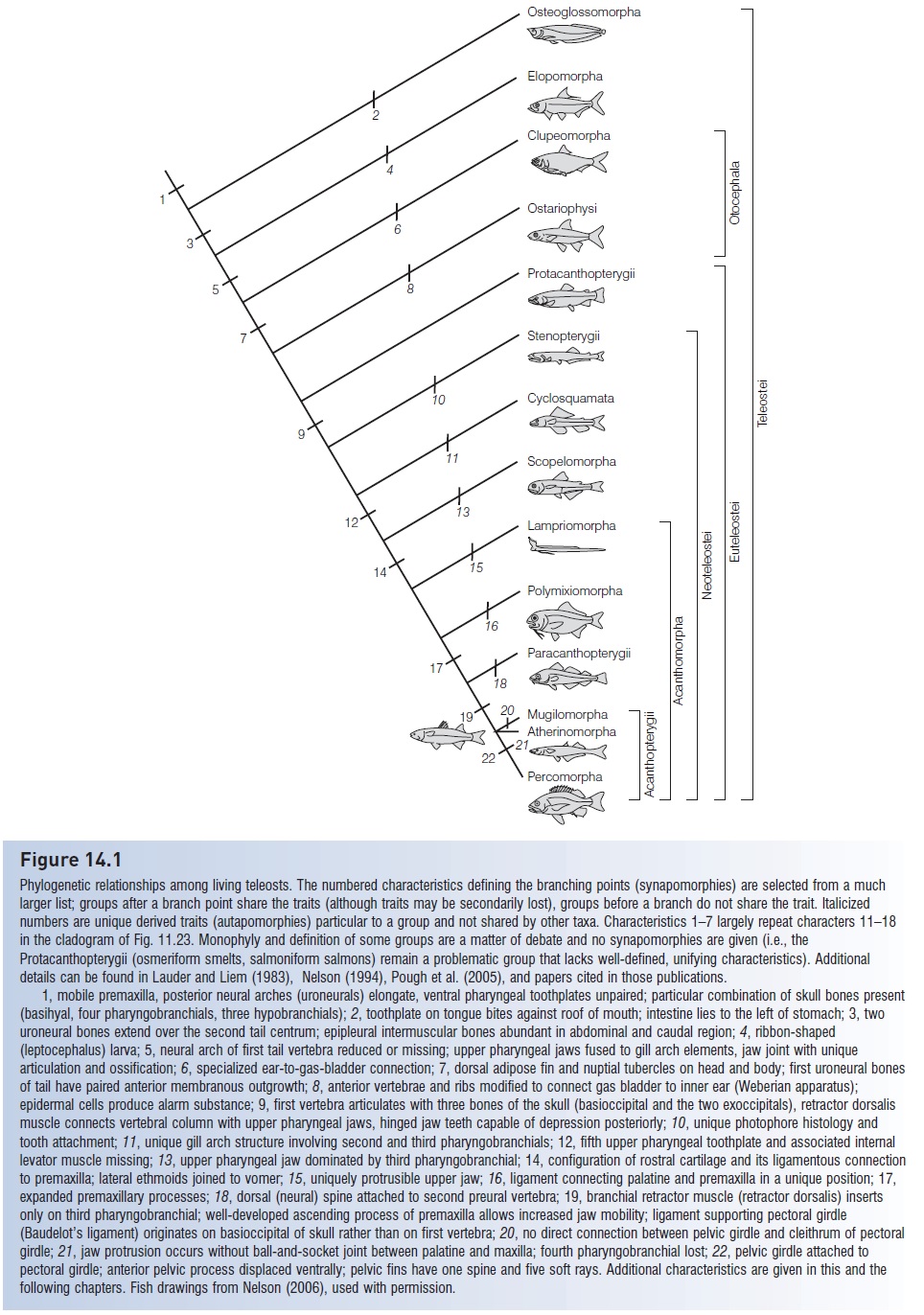