Systemic lupus erythematosus (SLE) is an autoimmune disease in which the immune system targets intracellular particles that contain both nucleic acids and nucleic acid-binding proteins.

Systemic lupus erythematosus (SLE) is an autoimmune disease in which the immune system targets intracellular particles that contain both nucleic acids and nucleic acid-binding proteins. Virtually all components of the immune system have been impli-cated in SLE, with B-cell hyperactivity, antigen-presenting cell activation, T-cell dysfunction, and altered cytokine pro-files documented. The consequence of this broad scope of autoimmune manifestations is a multisystem disease with the potential for affecting many organs, including kid-ney, brain, heart, skin, and joint. Studies exploring the prevalence of SLE in the con-tinental United States have reported rates of disease ranging between 14.6 and 50.8 per 100,000. The disease occurs predomi-nantly in women of childbearing age, with a female to male ratio of approximately 10:1, suggesting a role for hormonal fac-tors in the pathogenesis of the disease. The incidence of disease also appears to vary among different races. In the United States, for example, African American women have an increased relative risk of disease compared with Caucasian women.

Multiple factors are associated with the development of SLE, including genetic, racial, hormonal, and environmental factors. Recent genomewide association studies of single-nucleotide polymor-phisms have identified gene variants that show a significant association with SLE in patients of European descent. These include HLA-DRB1, ITGAM, IRF5, PXK, PTPN22, FCGR2A, STAT4, BLK, and BANK1. While the functional correlates ofthese gene variants have yet to be charac-terized, most components of the innate and adaptive immune responses contribute to lupus pathogenesis. Current understand-ing of the disease implicates self-reactive B cells and helper T cells in the production of autoantibodies, with cytokines, particu-larly IFN-α, promoting augmented anti-gen-presenting cell function and immune system activation.

One proposed mechanism for the development of autoantibodies involves a defect in apoptosis or clearance of apoptotic cells, leading to a disturbance in immune tolerance. The redistribution of cellular antigens during apoptosis leads to a dis-play of cytoplasmic and nuclear antigens on the cell surface, enhancing immune reactivity to antigens, which are normally protected intracellularly. Activation of antigen-presenting cells by IFN-α might promote presentation of autoantigens to self-reactive T cells. Immune complexes form in the microvasculature, leading to complement activation and inflammation. Antibody–antigen complexes deposit on the basement membranes of skin and kid-neys. In active SLE, this process has been confirmed based on the presence of com-plexes of nuclear antigens such as DNA, immunoglobulins, and complement pro-teins at these sites. Immune complexes con-taining nucleic acids also play an important role in lupus pathogenesis based on their capacity to stimulate toll-like receptors and amplify production of IFN-α. Gene targets of IFN-α include pro-inflammatory mediators, chemokines, and cytokines, and activation of those mediators can result in recruitment of inflammatory cells to target tissue, resulting in target organ damage.

Systemic lupus erythematosus is a chronic autoimmune disease that can affect almost any organ system. Its presentation and course are highly variable, ranging from indolent to fulminant. Constitutional symptoms, including fatigue, fever, and arthralgia are often present during pre-sentation or recurrent SLE flares. Arthri-tis of the small joints of the hands, wrists, and knees may occur. Multiple cutaneous manifestations of SLE include malar rash, an erythematous rash over the cheeks and nasal bridge; photosensitivity; and dis-coid lesions, which are plaquelike erup-tions with follicular plugging and scarring, among others (Figure 11.2).

The kidney is the most commonly involved visceral organ in SLE. Glomerular disease usually develops within the first few years after onset and is usually asymptom-atic. Acute nephritic disease may manifest as hypertension and hematuria. Nephrotic syndrome may cause edema, weight gain, or hyperlipidemia. Acute or chronic renal failure may cause symptoms related to ure-mia and fluid overload. 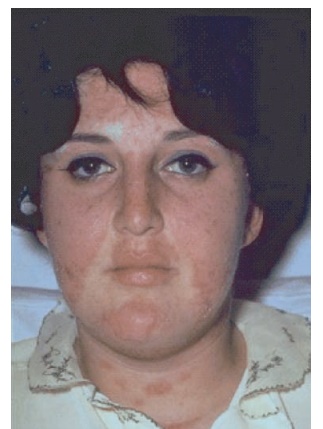 Figure 11.2 Malar rash in a patient with systemic lupus erythematosus.

manifestations of SLE include delirium, seizures, strokes, and transient ischemic attacks and movement disorders. The etiology of these is not always clear but may be related to vasculitis or presence of antiphospholipid antibodies.

Other organ systems that may be involved in SLE include the cardiopulmo-nary system, with episodes of pleuritis and pericarditis being the most common mani-festations, as well as the hematopoietic system in which various cytopenias due to antibody-mediated peripheral cell destruc-tion occur.

Managing SLE is challenging because no interventions can result in cure, exacerba-tions of disease can occur after months of stable maintenance treatment, and unde-sirable side effects of the therapies can be significant. Careful and frequent monitor-ing of patients is important in selecting management plans, monitoring efficacy, and changing treatments. The physician must first decide whether a patient needs treatment and, if so, whether conserva-tive management is sufficient or aggres-sive immunosuppression is necessary. For manifestations that are not life or organ threatening such as rash, musculoskel-etal disease, or mild serositis, conserva-tive management with NSAIDs, topical or low-dose glucocorticoids, or hydroxy-chloroquine are mainstays of treatment. For severe manifestations of disease such as renal or central nervous system disease, immunosuppression with high-dose ste-roids and cytotoxic agents such as cyclo-phosphamide, mycophenolate mofetil, or azathioprine is a therapeutic alternative. Most recently, studies investigating the role of the anti-CD20 monoclonal antibody rituximab, co-stimulatory blockade with abatacept and blockade of the cytokines IFN-α, IL-6, and B-lymphocyte stimulator in controlling various manifestations SLE are being actively pursued in clinical trials.

Several murine strains have served as clas-sic models of lupus-like disease, with each having many features that mimic immuno-logical and pathological aspects of human lupus. Although several spontaneous mouse models of lupus have striking simi-larities to human SLE, none of the animal models reproduces human SLE perfectly. What makes these animal models particu-larly interesting to study is that the dif-ferences may reflect different forms of the human disease.