Consider the continuous beam ABC D, subjected to the given loads,

as shown in Figure below. Assume that only rotation of joints occur

at B, C and D, and that no support d isplacements occur at B, C and

D. Due to the applied loads in spans AB, BC and CD, rotations occur at B, C and D

In order to solve the problem in a su ccessively approximating manner,

viz., that of locking and releasing the joints in a continuous sequence.

These unbalanced moments act at th e joints and modify the joint moments at B, C a nd D, according to their relative stiffnesses at the respective joints. The joint moments are distributed t o either side of the joint B, C or D, according to their reelative stiffnesses. These distributed moments al so modify the moments at the opposite side of the beam span, viz., at joint A in span AB, at joints B and C in span BC and at joints C and D in span CD. This modification is dependent on the carry-over factor (which is equal to 0.5 in this case);

Sum up all the moments at each of the joint to obtain the joint moments.

In order to understand the five steps mentioned in section 7.3, some words need to be defined and relevant derivations made.

Stiffness = Resistance offered by m ember to a unit displacement or rotation at a point, for given support constraint conditions 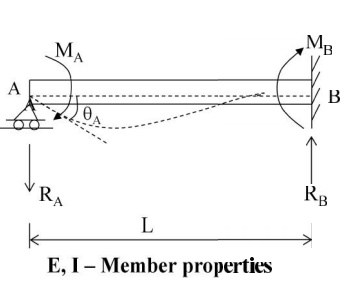 A clockwise moment MA is applied at A to produce a +ve bending in beam AB. Fin d qA and MB. 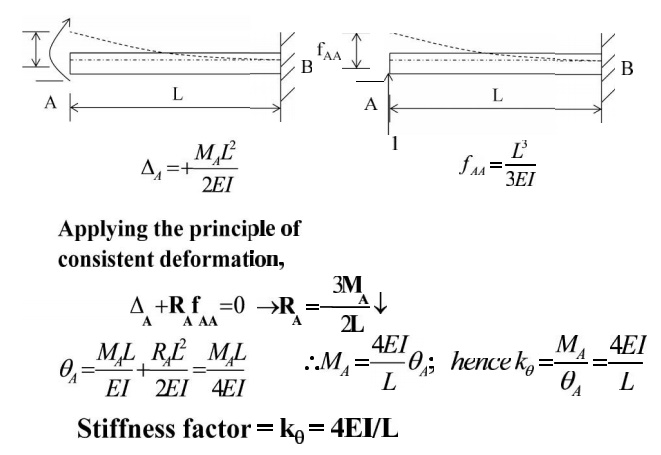 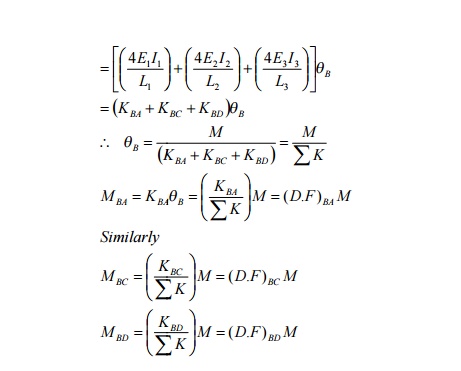 The stiffness factor changes when t he far end of the beam is simply-supported.

As per earlier equations for deforma tion, given in Mechanics of Solids text-books.

Solve the previously given proble m by the moment distribution method 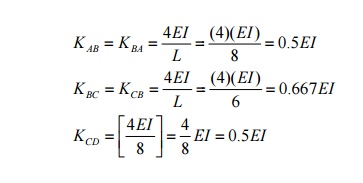 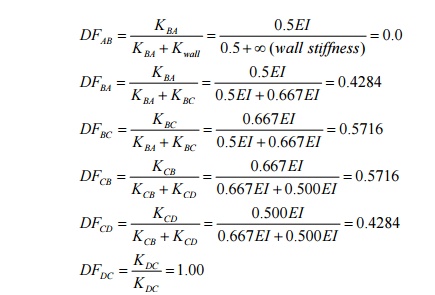 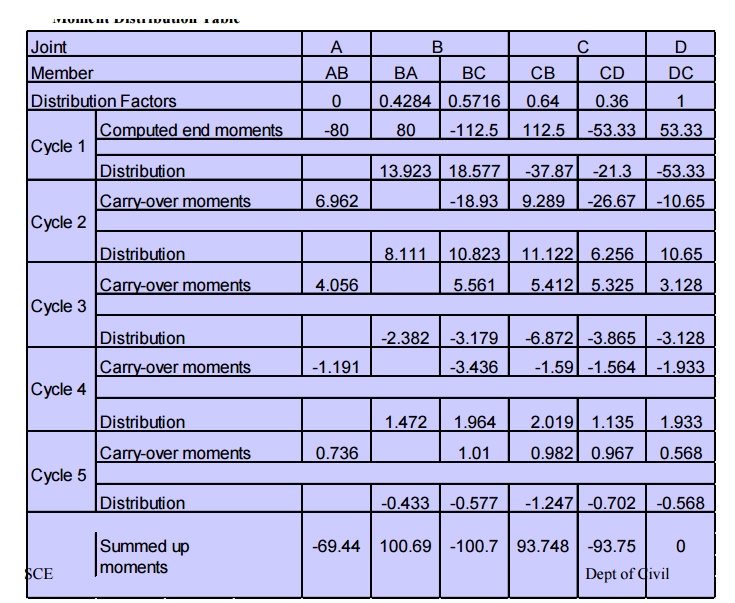 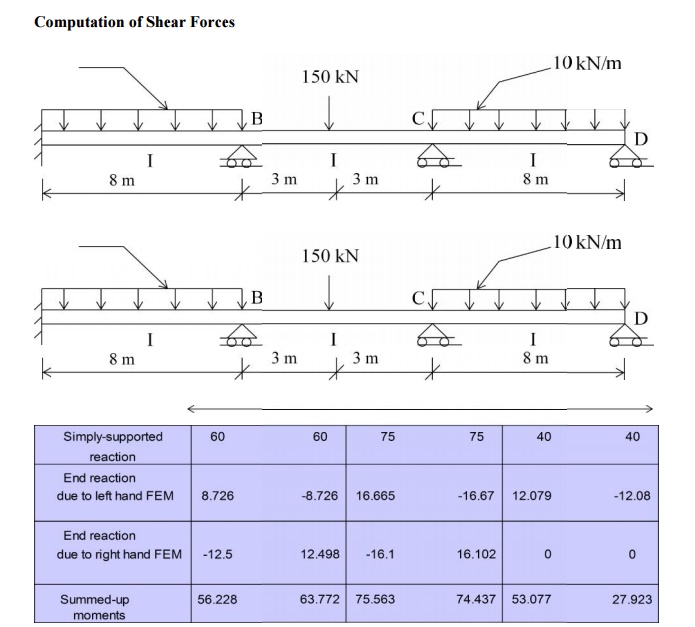