1. Prophase: At this stage, the nucleus swells up.

Chromosomes begin to be dehydrated. As a result, the chromosomes gradually become shorter and thicker. 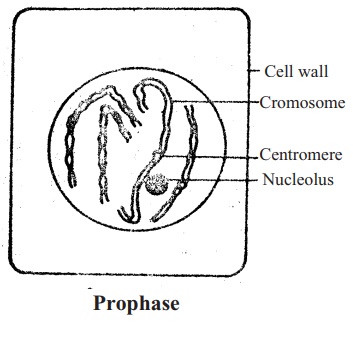 Then they are visible under microscopes. At the end of this stage nucleolus and nuclear membrane become disappear.

4. Anaphase : Two separate chromatids ofa chromosome move towards the opposite pole of the spindle apparatus. Centromere goes ahead at the movement of the chromatids towards the pole and the arms follow them. when the daughter chromosomes reaches near the poles the anaphase stage ends. 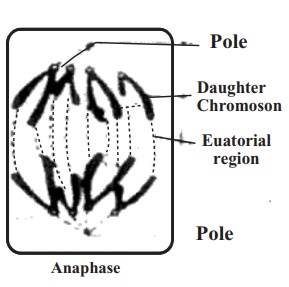 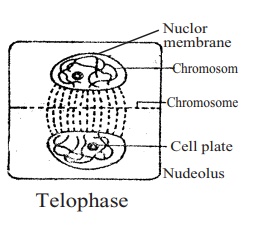 At  the  end of  this  stage,gradually  acellwall develops at the equatorial region of the cell.