Signs and Symptoms of Endometriosis 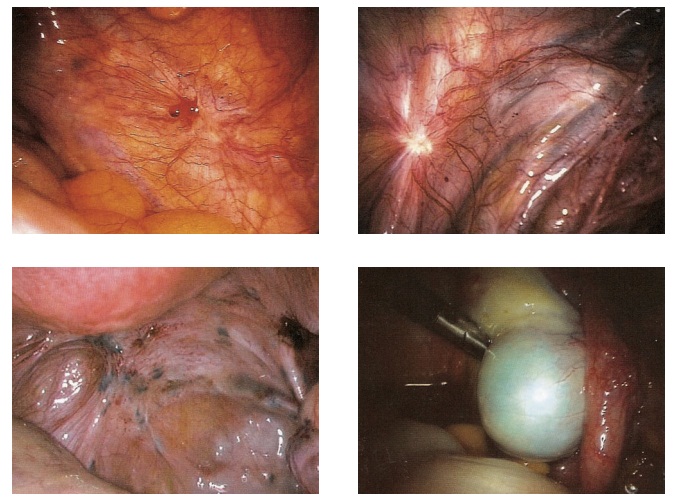 Women with endometriosis demonstrate a wide variety of symptoms.

Infertility is more frequent in women with endometriosis, although a cause-and-effect relationship has not been established. With extensive disease, pelvic scarring and adhesions that distort pelvic anatomy may cause infertility, but the cause of infertility in women with minimal endometriosis is unclear. Prostaglandins and autoantibodies have been implicated, but these relationships remain unproven.

In some cases, infertility may be the only complaint, and endometriosis is discovered at the time of laparoscopic evaluation as part of the infertility workup. The presence of endometriosis in asymptomatic infertility patients varies between 30% and 50%. Other, less-common symptoms of endometriosis in-clude gastrointestinal symptoms, such as rectal bleeding and dyschezia (painful bowel movements) in patients with endometrial implants on the bowel and urinary symptoms such as hematuria in patients with endometrial implants on the bladder or ureters. Occasionally, patients may present with an acute abdominal emergency, which may be associ-ated with the rupture or torsion of an endometrioma.

Pelvic examination may reveal the “classic” sign of uterosacral nodularity associated with endometriosis, but it is often absent even when substantial gross endometriosis is discovered at surgery. The uterus may be relatively fixed and retroflexed in the pelvis because of extensive adhesions. Ovarian endometriomas may be tender, palpable, and freely mobile in the pelvis, or adhered to the posterior leaf of the broad ligament, the lateral pelvic wall, or in the posterior cul-de-sac (see Fig. 29.2). 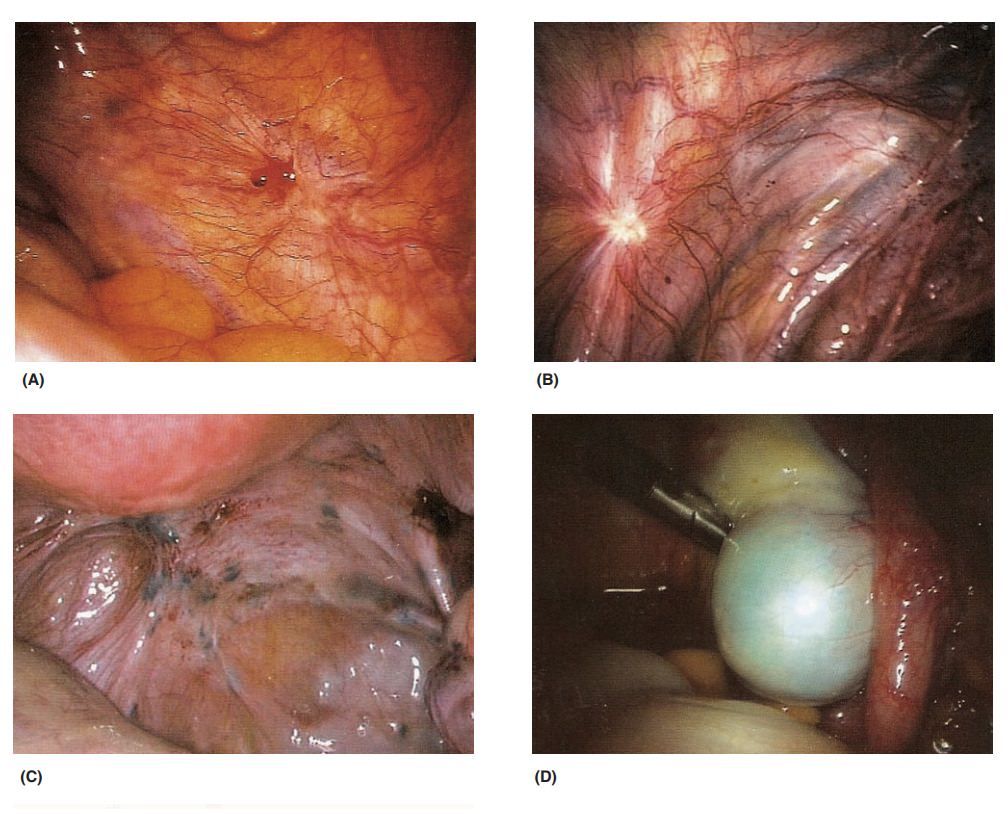 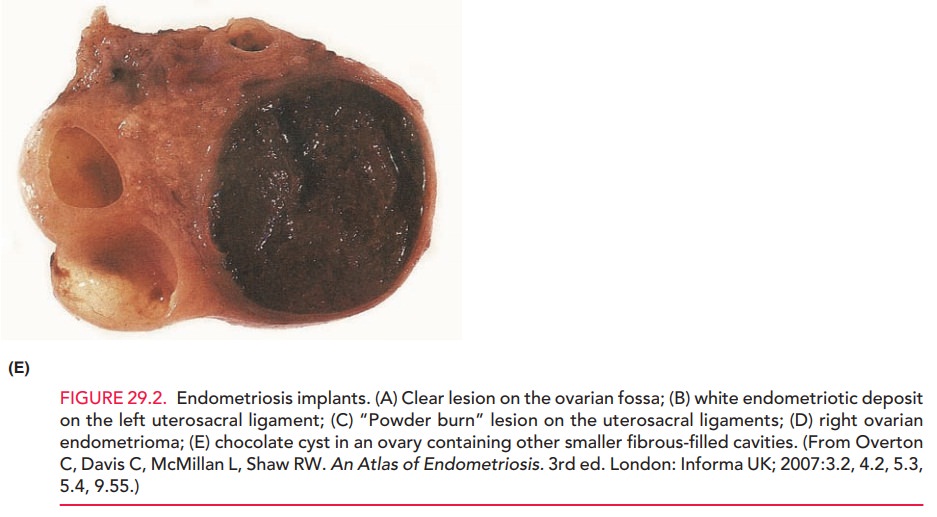