Endometriosis should be suspected in patients with the previously described symptoms.

Endometriosis should be suspected in patients with the pre-viously described symptoms. Many symptomatic women have normal findings on pelvic examination. The diagnosis ofendometriosis can be substantiated only by direct visualization during laparoscopy or laparotomy confirmed by tissue biopsy. Thepresence of two or more of the following histologic fea-tures is used as the threshold criteria for the diagnosis by a pathologist:

Because tissue confirmation of the diagnosis of endo-metriosis requires a surgical procedure, investigators have searched for a noninvasive alternative. Increased serum CA-125 levels have been correlated with moderate to severe endometriosis. However, because CA-125 levels may be elevated in many conditions, the clinical utility of using it as a diagnostic marker is limited.

Imaging studies, such as ultrasonography, magnetic resonance imaging, and computed tomography appear to be useful only in the presence of a pelvic or adnexal mass. Ultrasonography may be used to visualize ovarian endo-metriomas, which typically appear as cysts containing low-level, homogeneous internal echoes consistent with old blood. Magnetic resonance imaging may detect deeply infiltrating endometriosis that involves the uterosacral lig-aments and the cul-de-sac, but lacks sensitivity in detecting rectal involvement.

Once endometriosis is diagnosed, its extent and sever-ity should be documented. The most widely accepted clas-sification system has been established by the American Society for Reproductive Medicine (Fig. 29.3). While this classification scheme has limitations, it provides a uniform system for recording findings and comparing the results of various therapies. 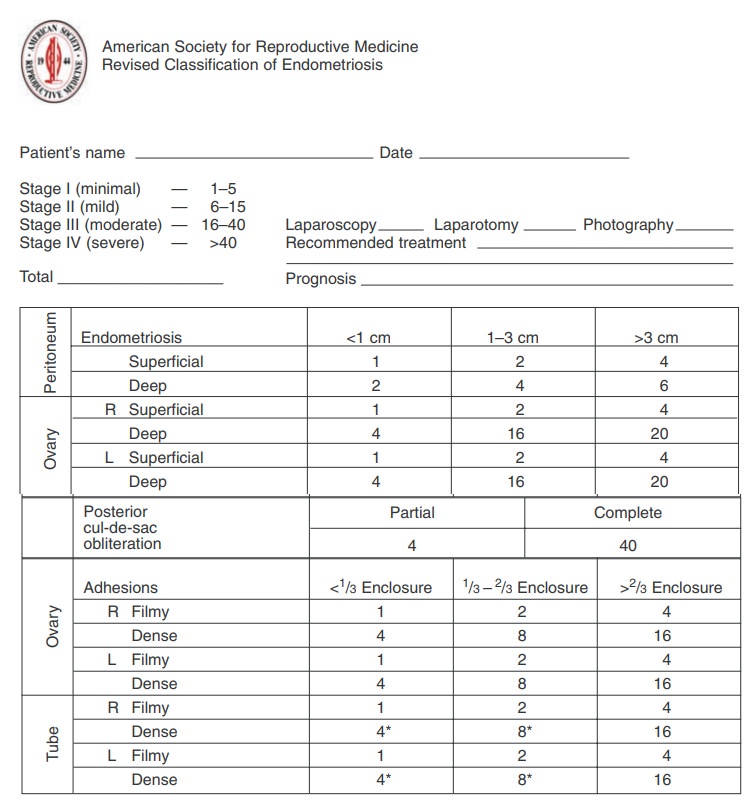 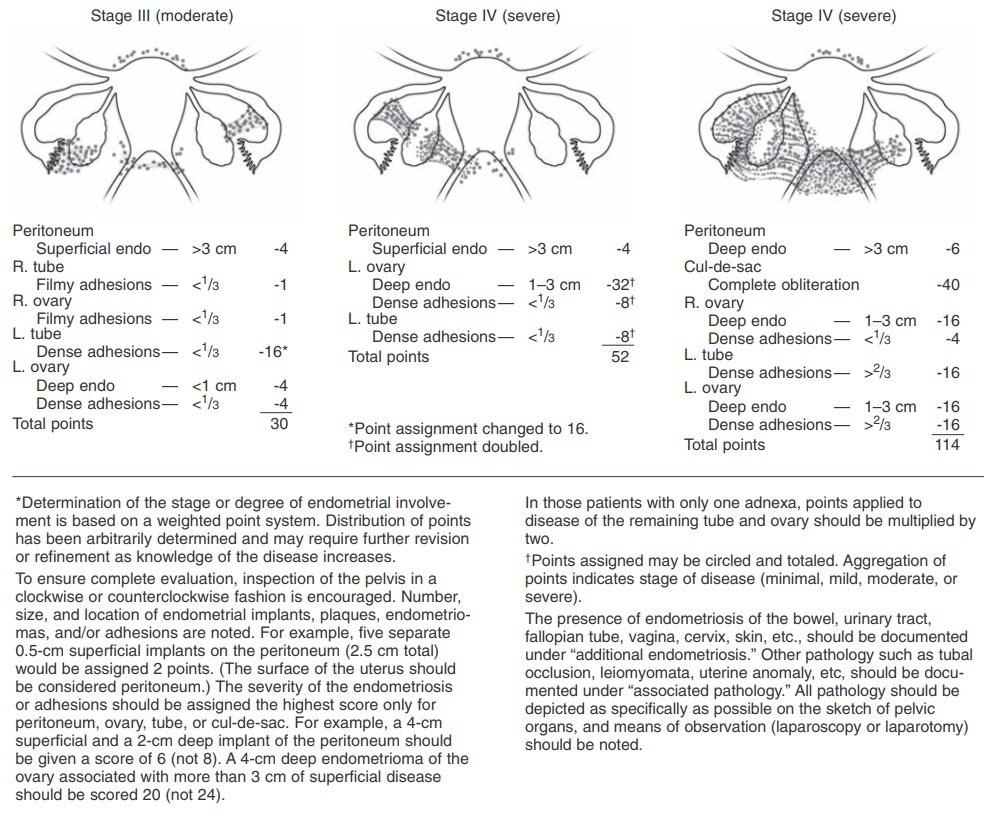