2. Fiji is a group of volcanic islands in the South Pacific. (True)

3. King Kyansittha is the son of King Anawrahta Minsaw. (False)

4. The Reunion island is a part of the French Overseas Department. (True)

5. Tamils are living only in Tamil Nadu. (False)

1. Describe the past relations between Tamil Nadu and Malaysia.

There was a trade relationship between Tamil country and Malaysia.

2. Write a note on Reunion island.

Reunion island is located in the Indian Ocean near Mauritius. It is a part of the French Overseas Department.

3. Name the countries in which Tamil is one of the official languages.

4. What were the contributions of Tamils in constructing the country Mauritius?

Tamils went to Mauritius as skilled labours and artisans to make that island suitable to live.

5. a. Which is one of the biggest Hindu festivals in Malaysia?

a. Thaipusam is one of the biggest Hindu festivals in Malaysia.

b. Who is the father of nation in Myanmar?

b. King Anawrahta Minsaw is the father of nation in Myanmar. 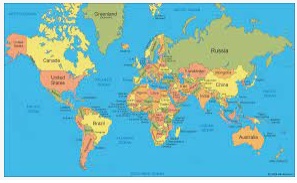 Stick pictures of Tamil architecture found around the world in a chart. 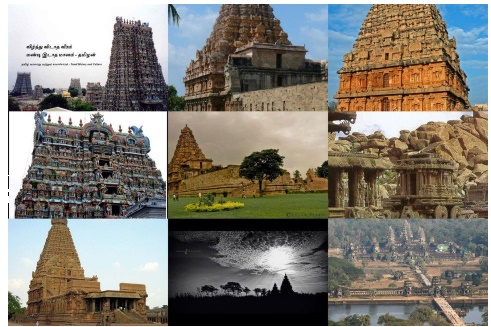