4. The study of weather is called 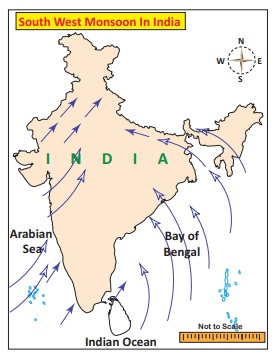 10. Statement I - The instrument used to measure wind direction is wind vane.

a) Statement I True II False

b) Statement I, II True

Answer: b) Statement I, II True

2. The imaginary lines drawn parallel to the surface of the earth is latitude.

3. Sea breeze blows from sea to land in the evening.

c) Cumulus clouds - do not give rain

a) Cirrus clouds- do not give rain

1 All weather changes occur in the Troposphere. (True)

2. Latitudes and Longitudes help us to locate a country. (True)

3. Atmosphere gets heated by conduction than solar radiation. ( False)

4. The main reason for the change of wind direction is the due to Earth rotation. (True)

Climate is the average weather condition of a vast area over more than 30 years.

The atmospheric layers are: Troposphere, Stratosphere, Mesosphere, Thermosphere and Exosphere.

3. Write a short note on the Nimbus clouds.

Nimbus cloud : It appears as dark or grey in colour. It gives heavy rainfall. It is called vertical or rain clouds,

4. Write a short note on the orographic rainfall.

Orographic Rain fall : When the moisture laden winds from the sea climb the hill slopes, it becomes cool and cause heavy rainfall. The opposite side of the mountain is called Leeward side. It receives very little rainfall.

Jet streams: Air currents in the upper layers of atmosphere is known as Jet streams. It could determine the arrival and departure of monsoon winds in India.

Hurricane (cyclone): Hurricane changes its position and direction with time. The speed of winds from the hurricane also changes with time.

2. Explain the types of winds.

Planetary wind : These winds move in the same direction throughout the year with the rotation of the Earth.

Monsoon winds : The word monsoon is derived from the Arabic term ‘mausim’ which means season. 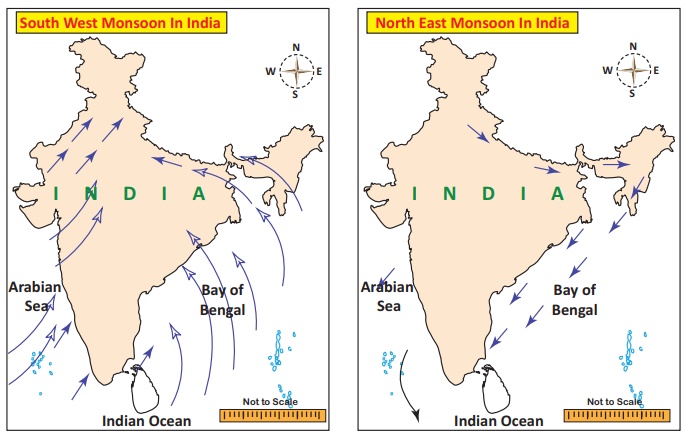 Sea breeze: It blows from sea to land during the evening.

Land Breeze: It blows from land to sea in the morning.

Local Wind: It affects the weather.

Write the significance of gases

Oxygen : For living things to exist

Ozone : To protect the earth from UV radiation of the sun.

In which latitude and longitude is your school located? 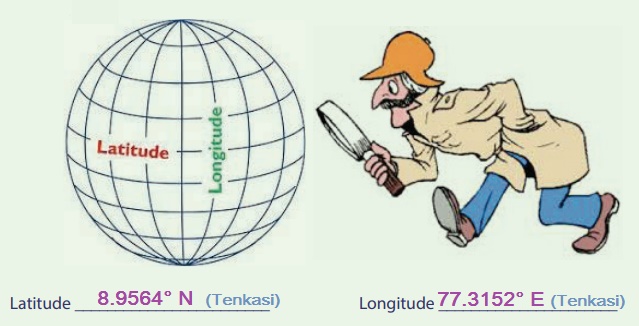