Learning Objectives: Students will be able to: * understand about excavation. * know about archaeologists. * know some examples of excavations. 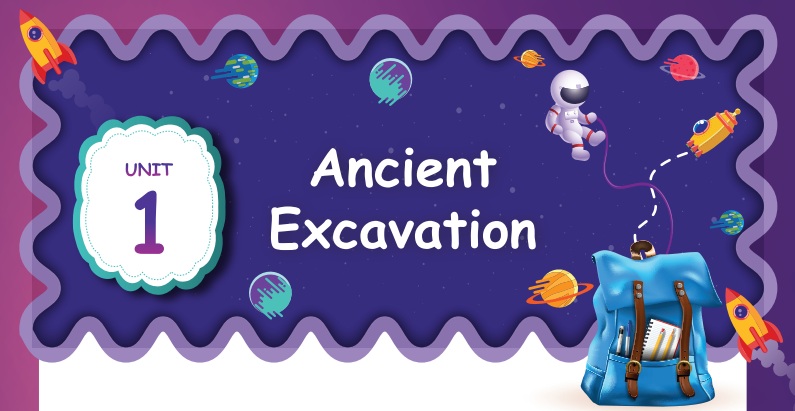 * know some examples of excavations.

Rekha: It is so hot today. I do not think that I can go out to play.

Grandma: Ah, very true. But, when I was young, I used to play outdoors all the time.

Rekha: How did you play when it was hot?

Grandma: When I was young, our neighbourhood was full of trees and I used to play in the shade of the trees.

Rekha: Wow! Really? I wonder how people lived in those days!

Grandma: Do you know, there is a way to know and understand how people lived in those days.

Rekha: How is that possible? Tell me more.

Grandma: Have you ever found a sea shell while digging in the beach?

Grandma: Similarly, there are people who dig the earth at various places to find things that people used before. These people are called Archaeologists! The process of digging the ground is called Excavation.

Excavation is a controlled exploration of what lies under the surface of earth. All forms of archaeological excavation require great skills and careful preparation. Excavations can be classified based on the purpose like planned, accidental or rescue. Most excavations are properly pre - planned and their purpose is to find buried evidences from the site. 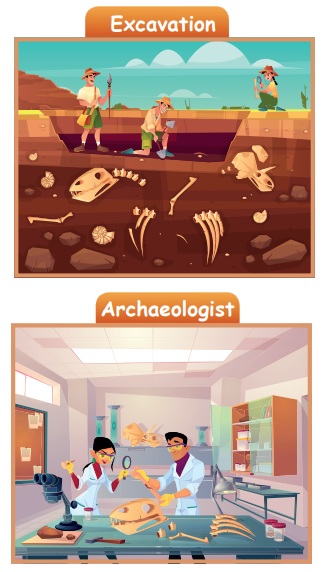 The things that Archaeologists find during excavation are called artefacts. Archaeologists can tell a lot about people who lived there by looking at their houses, clothes, bones and other artefacts.

The class will get divided in groups of 3 and plant a sapling in the school premises. The students will clear the soil, dig the soil and plant the sapling.

If I dig the ground near my house, will I get artefacts? May be

Who is an Archaeologist?

Archaeologists: They study the history of humans and places through excavation and analyse the artefacts. Excavation gives us a glimpse of the past.

Some interesting examples from the world

Pyramids in Egypt: When the Pyramids were excavated it was found that the small pyramids were made for the Queens.They found huge tombs with super structures which were built for the burial of the royal family. Skeletons found in the pyramid gave information about the average height and age of the people.

Indus Civilisation: Indus Civilisation is also called Harappan Civilisation. This was the first site to be excavated in the early 20th century. Baked bricks were found underground. The city had awell-planned, proper sanitation systems, proper well and a way to direct waste water to closed drains. There were advanced granaries, Great bath and protective walls. It was found that the city and its civilisation were very advanced for their time. 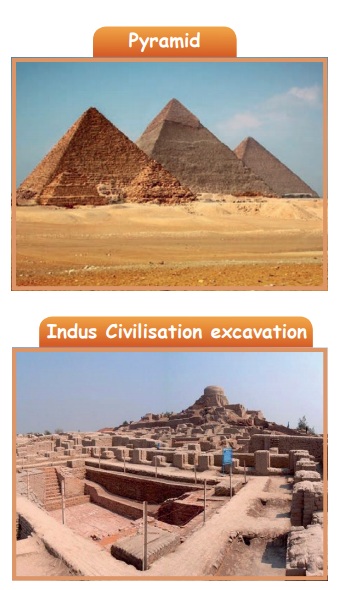 How do archaeologists identify the places with artefacts in it?

Some interesting examples from Tamil Nadu

There are many places in Tamil Nadu where excavations had happened and many interesting things were found.

* Bronze objects representing domestic animals and wild animals like tiger, antelope and elephant have been unearthed.

* The people were skilful in making pottery and in working stone and wood.

An archaeological site is any place where there are physical remains of past human activities.

Imagine yourself to be an archaeologist and list down the things that you would collect during an excavation.

Where are the artefacts kept after excavation?

Arikamedu is an archaeological site situated near Pondicherry. The excavation revealed that it was a costal village that traded with Rome. An archaeologist found Roman lamps, glass, stone beads, gems, cutlery and crockery, wine containers etc. He noted that, for the local fishermen of the village, the antiques were new. 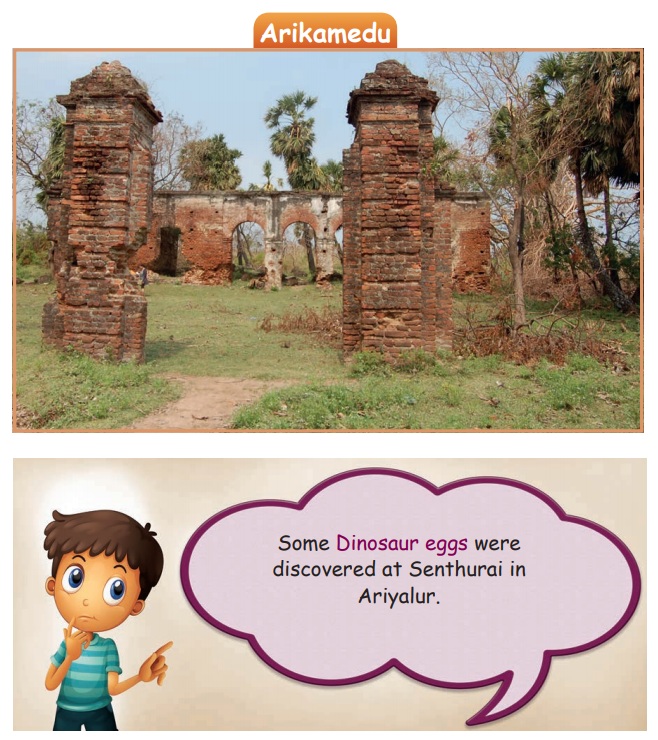 Some Dinosaur eggs were discovered at Senthurai in Ariyalur. 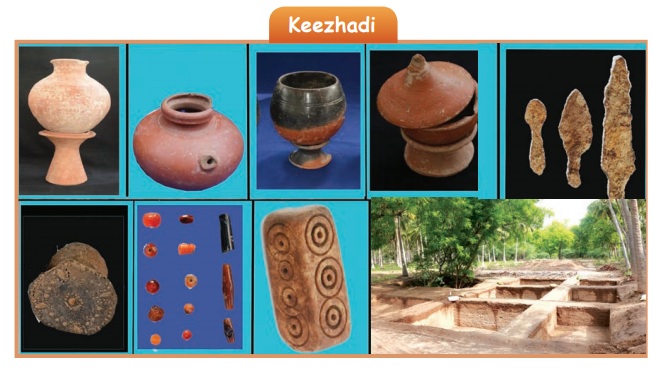 Archaeologist: A person who learns about human history through excavation.

Excavation : Digging the earth to find building and tools made long ago.

Unearthed : Find (something) in the ground by digging.

* Excavation is the process in which people dig the Earth to find things that were used long ago.

* Archaeologists study the history of humans and places through excavation and analyse artefacts.

* Pyramids and Indus Civilisation are excavation sites in the world.