I. Fill in the blanks.

1. The distance between the earth and the sun is 150 million kilometre.

2. Season are caused due to the revolution of the Earth.

3. The continent which is covered by ice is Antarctica.

4. The biggest continent is Asia.

5. Mars is described as Red Planet.

6.71 % Percentage of our earth is covered by salt water.

1. What do you know about the universe?

Solar system consists of the sun, the eight planets, their moons, dwarf planets, asteroids and comets. These objects are gravitationally bound.

4. Distinguish between Rotation and Revolution.

5. How many oceans are there in the earth?

There are five oceans on earth. They are : Pacific Ocean, Atlantic Ocean, Indian Ocean, Arctic Ocean and Southern Ocean.

1. Write about the solar system. 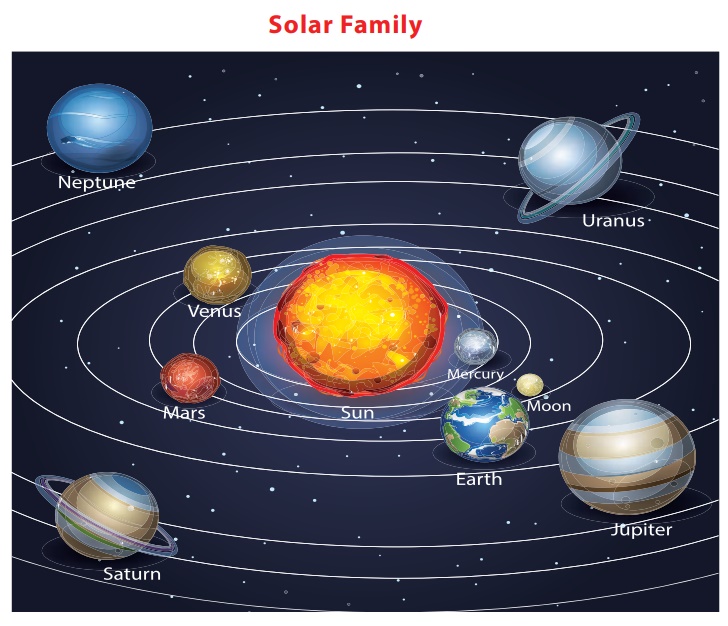 2. Write about the Planet Earth in detail.

The Earth is the third planet from the sun and the fifth largest in the solar system. The earth has two movements. They are rotations and revolution. The earth rotates on its axis. It is called rotation of the earth. It also revolves around the Sun. It is called revolution of the earth. Day and night are caused due to the earth’s rotation. Seasons are caused by Earth’s revolution. Life is possible only on earth because of the presence of land, air and water. Earth is called the Blue planet. We live on the surface of the Earth. It is made up of 7 continents and 5 oceans. The continents are : Asia, Africa, North America, South America, Antarctica, Europe and Australia.

3. Explain about the continents.

2. On a world map mark the five oceans of the Earth.

3. On a world map mark the deserts and forests.

Find the Continents and write their name in the world map. 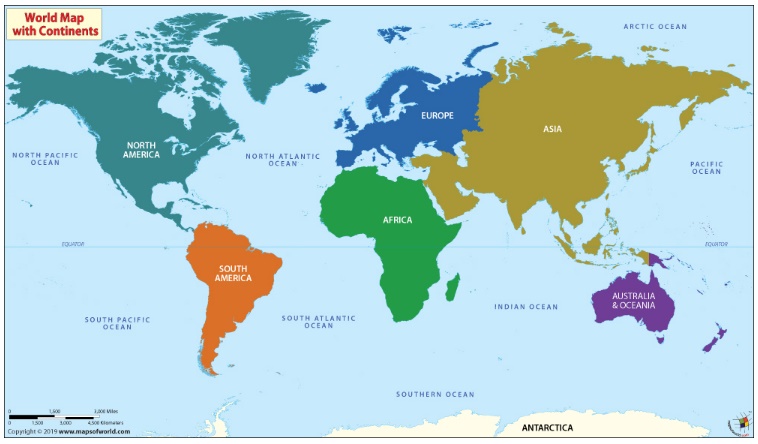 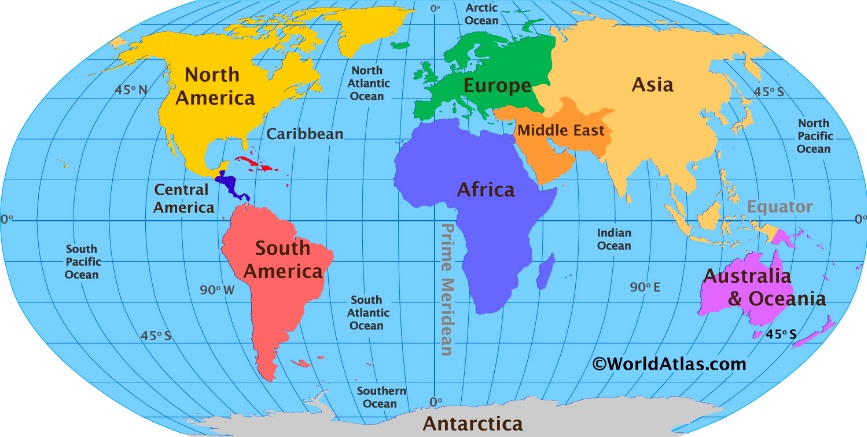