B. Help Harini reach puppy by following the days of the week. 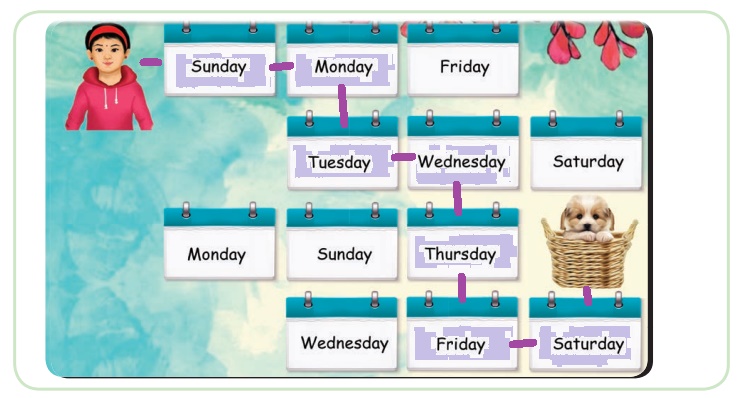 C. Listen, think and write the correct numbers in the circle. 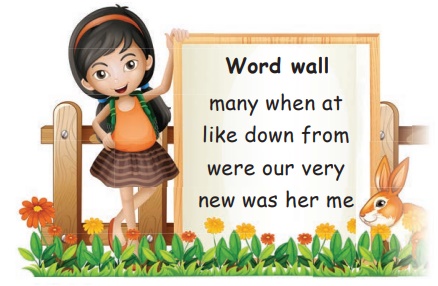 • Display the words on the word wall.

• Each child gets a turn to pick a chit and read the word.

• If they read correctly, they get to keep the chit.

• If they are not able to read, they give the chit back.

• When there are no more chits with the teacher, the student with the most chits wins!

Divide the class into two groups A and B. Display some picture cards of actions (wake up, brush, have a bath, eat, play, read, sleep, etc.,). Show a picture (eg. sleep) and tell the children in group A to ask, “When do you sleep?” Let the children in group B say “I sleep at night.” Encourage children to repeat the structure “When do you ______?” and “I _____ in the morning/afternoon/evening or at night” many times. Practise with more actions and change the roles of groups.

I wake up in the morning.

I brush my teeth in the morning.

I have lunch in the afternoon.

I play in the evening.

I brush my teeth at night.

I sleep at night.

Listen to the sound and repeat. 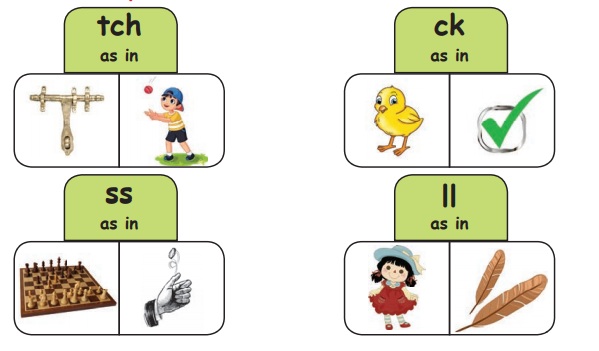 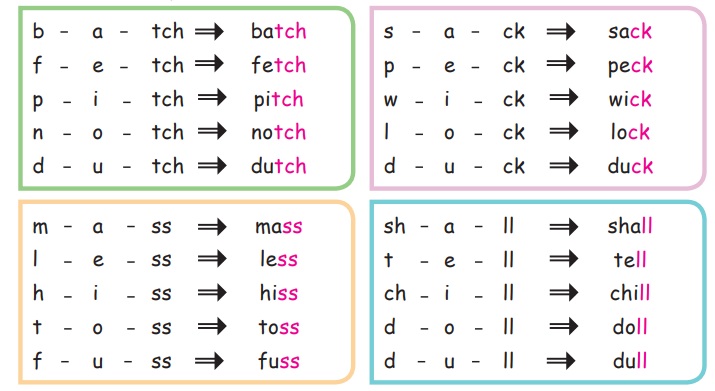 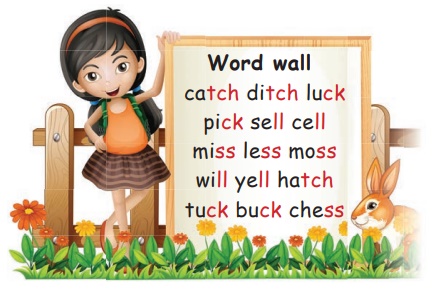 • Display the words on the word wall.

• Distribute the word chits to children.

• Ask them to read and form groups based on the ending sound.

• The group which is formed first is the winner.

• Make each group read their words one by one.

Chick and duck are on the thatch.

Jess and Tess had a bell.

The bell fell into the well.

So Jess and Tess were so dull.

Colour the pencils using the codes.