To derive the expression for the total current as function of applie d voltage (neglect the barrier width)When diode is fo rward biased, holes injected from the p to n material.

To derive the expression for the total current as function of applie d voltage (neglect the barrier width)When diode is fo rward biased, holes injected from the p to n material. The concentration pn of holes in the n-side is increased above equilibrium value pno is  the  diffusion  length  for  holes  in  the  N-material  and  the  injected  or  excess concentration at x=0 is

Equation (2) shows the exponential decrease of density pn(x) with distance x into the N-material. 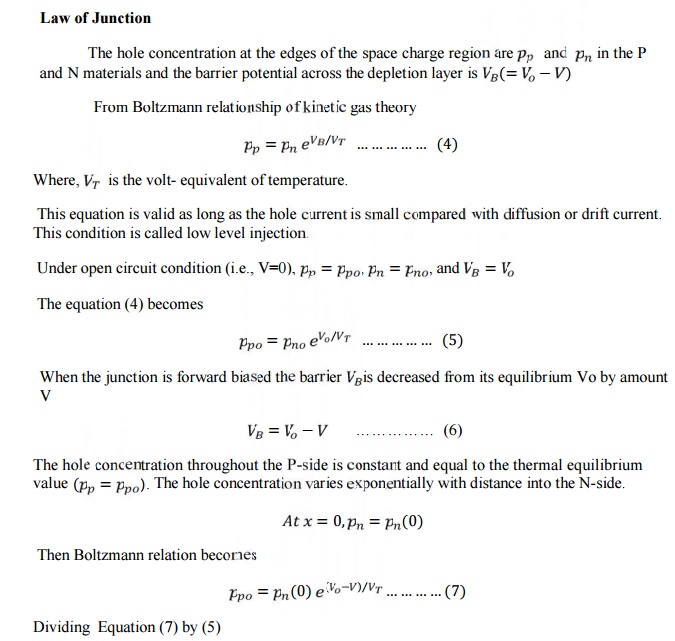 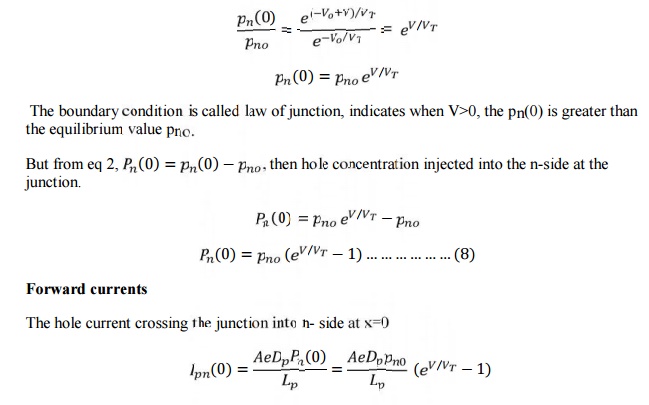 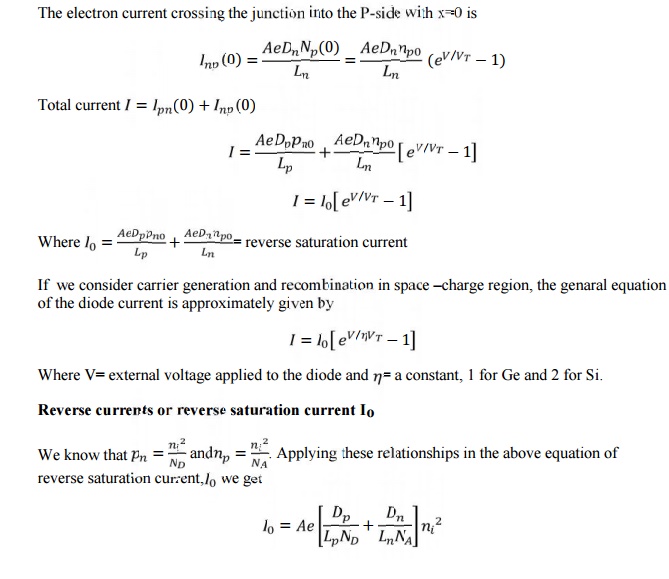 T – Temperature of the diode junction 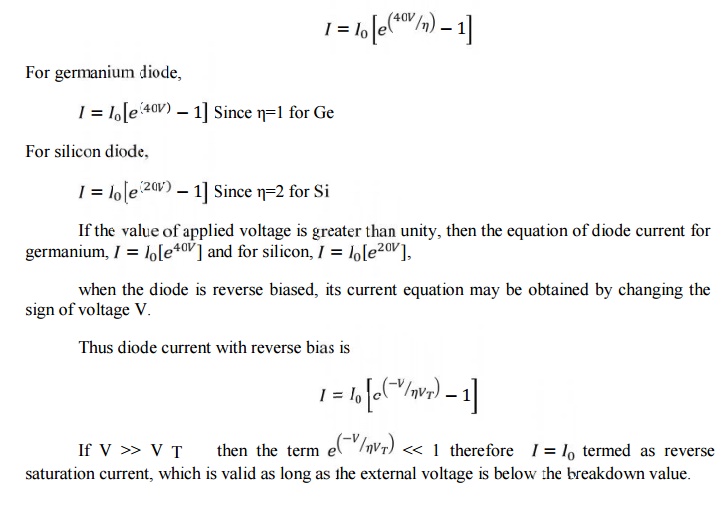 ·   Thus the drift current is defined as the flow of electric current due to the motion of the charge carriers under the influence of an external electric field.

·        Drift current due to the charge carriers such as free electrons and holes are the current passing through a square centimeter perpendicular to the direction of flow.

·     It is possible for an electric current to flow in a semiconductor even in the absence of the applied voltage provided a concentration gradient exists in the material.

·     A concentration gradient exists if the number of either elements or holes is greater in one region of a semiconductor as compared to the rest of the Region.

Figure 1.4 (a) Exess hole concentration varying along the axis in an N-type semiconductor bar, (b) The resulting diffusion current

As indicated in fig a, the hole concentration p(x) in semiconductor bar varies from a high value to a low value along the x-axis and is constant in the y and z directions.

Diffusion current density due to holes Jp   is given by

Since the hole density p(x) decreases with increasing x as shown in fig b, dp/dx  is negative and the        minus sign in equation is needed in order that Jp has positive sign in the positive x direction.

Diffusion current density due to the free electrons is given by

Dn and Dp – diffusion coefficient for electrons and holes