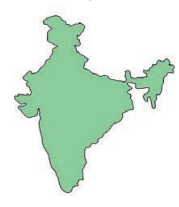 For many years our country - India, was ruled by another country called Britain. We became free from their rule on August 15th, 1947. India celebrates this day as ‘Independence Day‛ every year. 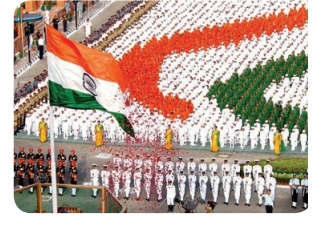 Our own laws (Constitution of India) came into force on 26th January 1950. It is celebrated as ‘Republic Day‛. Dr.Rajendra Prasad was the first President of free India. 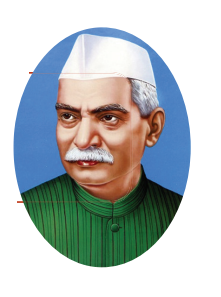 Many leaders worked hard to make India independent. Two important leaders among them were Mahatma Gandhi and Jawaharlal Nehru.

Mahatma Gandhi is affectionately remembered by all of us as ‘Bapu‛ or the ‘Father of our Nation‛. He followed the path of non-violence. He led a simple life and always spoke the truth. His birth day, 2nd October, is celebrated as ‘Gandhi Jayanthi‛. 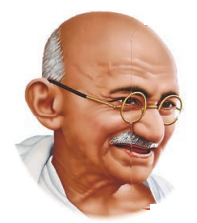 Pandit Jawaharlal Nehru was the first Prime Minister of India. He was very fond of children. He was lovingly known as ‘Chacha Nehru‛. His birth day, 14th November, is celebrated as ‘Children‛s Day‛. 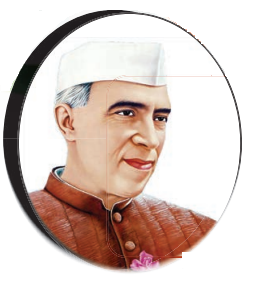 Connect the pictures of the leaders to columns A and B. 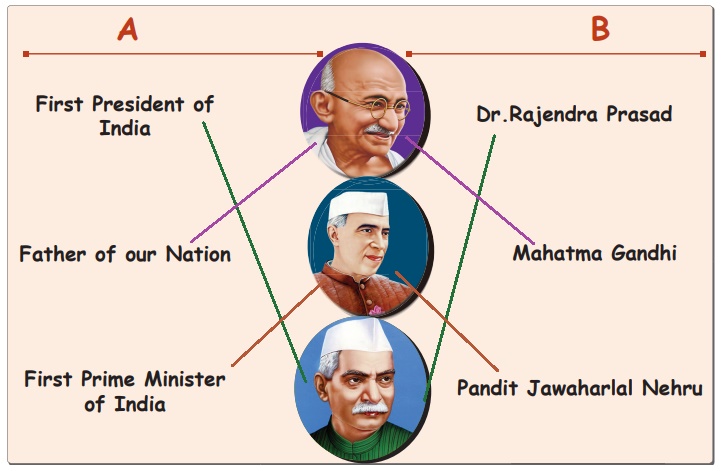 Our National Flag called the Tricolour is rectangular in shape. It has three equal bands of different colours.

The navy blue wheel in the centre of the white band is called the Ashoka Chakra. It has 24 spokes which stand for progress and values.

We respect our National Flag 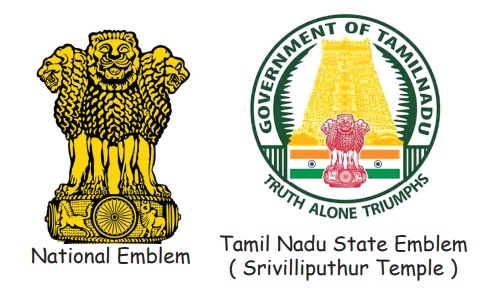 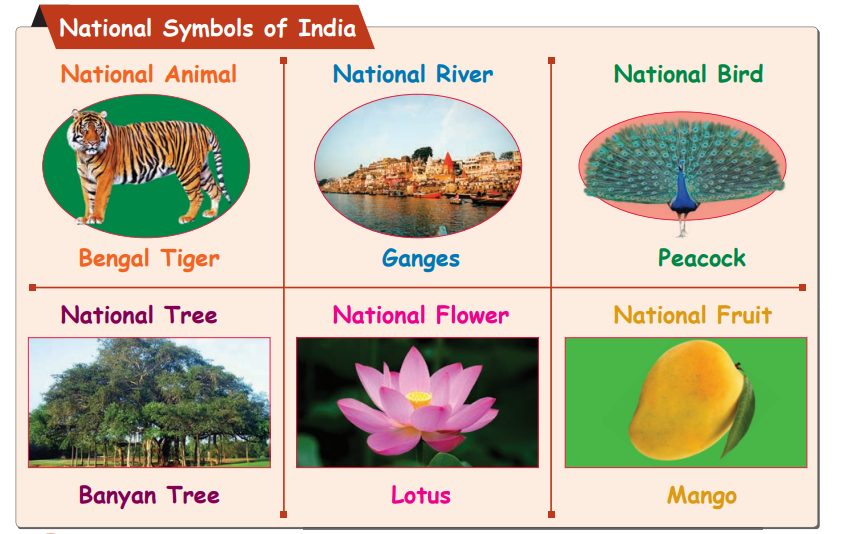 Do you know? :The Dolphin of the Ganges river is the National Aquatic Animal of India. 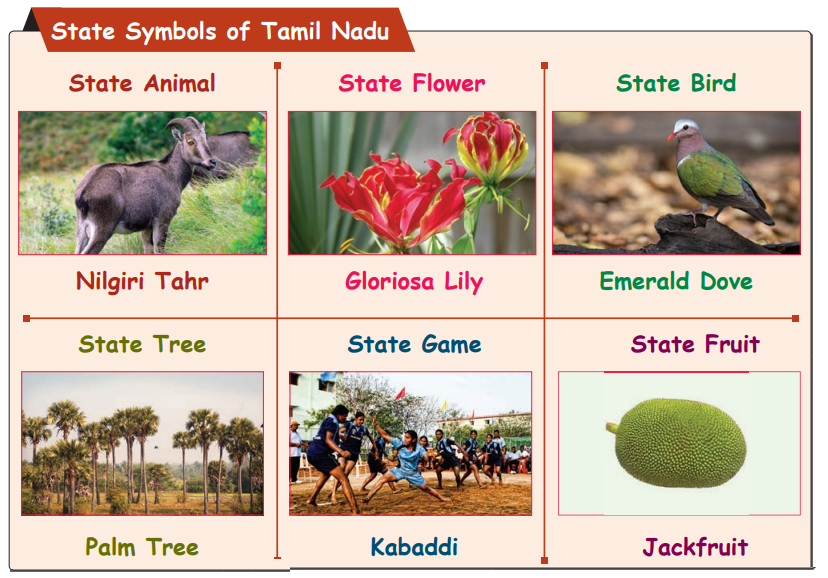 Write ‘N‛ for the National symbols and ‘S‛ for the State symbols in the box given. Name the pictures. 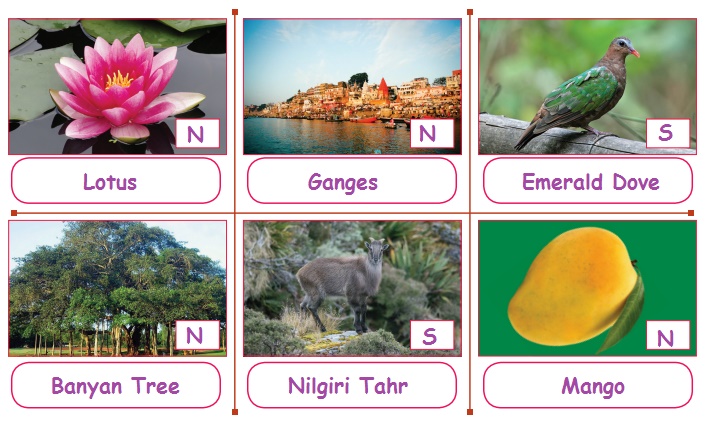 Some places and things like public toilets, roads, street taps, parks, hospitals, schools and classrooms are used by all of us. It is our responsibility to keep them neat and clean. 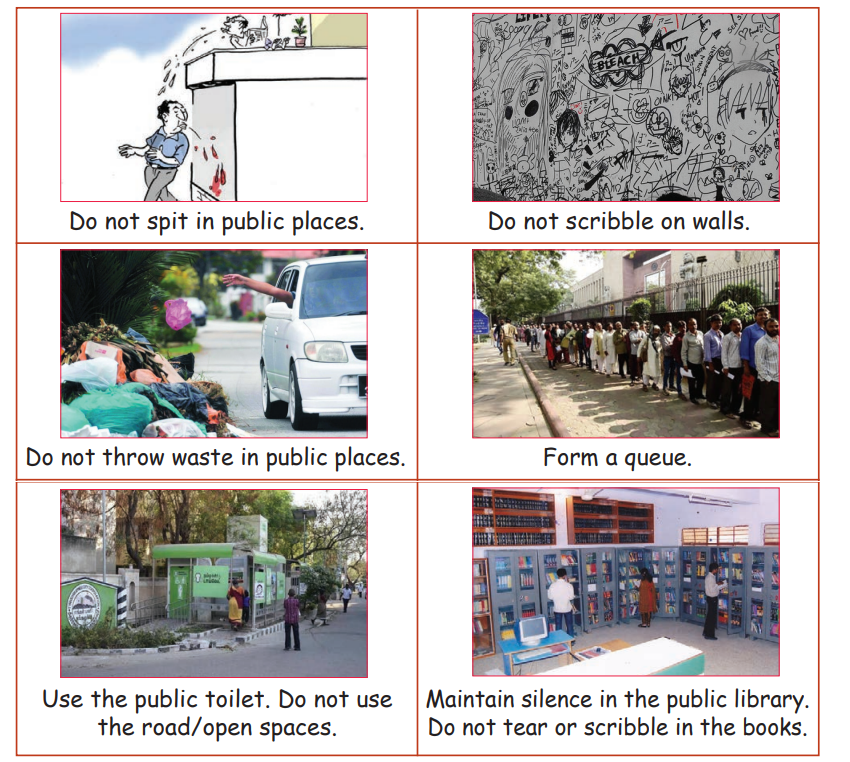 Do not spit in public places.

Do not scribble on walls.

Do not throw waste in public places.

Use the public toilet. Do not use the road/open spaces

Maintain silence in the public library. Do not tear or scribble in the books.

Colour the circle red for the Don‛ts and green for the Do‛s. 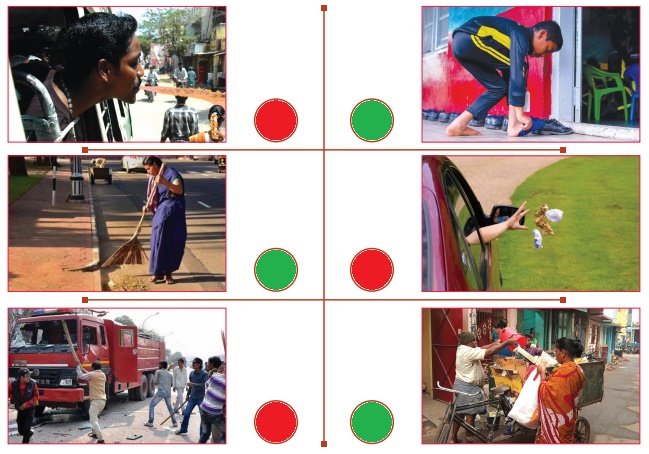