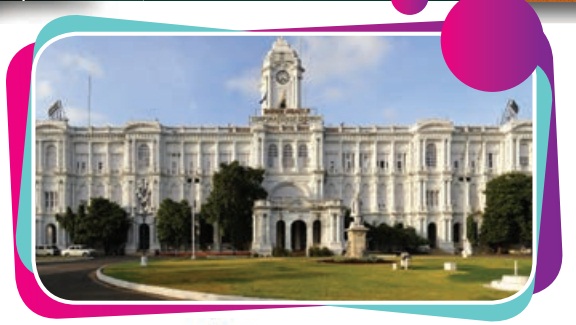 ● To know about Municipalities and their duties.

● To understand the structure of local bodies.

● To know about the functions of Corporation and Town panchayat.

● To know about the sources of income for Municipality and Corporation. 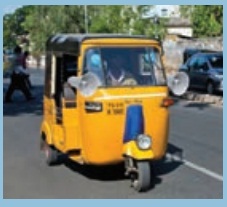 Mugilan went to his uncle‛s house during summer vacation. One day he was playing in a park. At that time he heard the Municipality employees announcing that the people to pay taxes for house and others. Mugilan ran to his uncle.

Uncle: Why are you running? What happened?

Mugilan: Uncle! What is Municipality? Why should we pay taxes?

Uncle : Mugila! Municipality is a form of local government in a small town where 50,000 to 1,00,000 people live. This is divided into several wards. Our house is in the tenth ward. In our locality there are totally 30 wards. In Tamil Nadu there are 152 Municipalities.

Mugilan: Who is the head of the Municipality?

Uncle: The head of the municipality is called the President.

Mugilan : Uncle! What are the duties of Municipality?

› Constructing library and its maintenance. 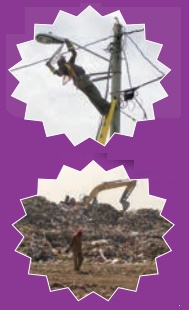 Mugilan : What is the source of income for the work done by Municipality?

Let us Know: The father of local bodies – Lord Rippon

The structure of the local bodies

DO YOU KNOW: Tamil Nadu consists of 33 Districts, 386 Panchayat unions and 12620-Grama Panchayats.

Uncle: For example, we call Chennai, Trichy, Kovai, Madurai and Salem as Corporations.

Mugilan : What is Corporation?

Uncle : Certain Municipalities will be declared by the Government of Tamil Nadu as Corporation based on high population and high revenue.

Mugilan : Uncle! How many Corporations are there in Tamil Nadu?

Uncle : In Tamil Nadu 14 Corporations have been established. The oldest Corporation is Chennai.

Mugilan : Uncle! How the head and the members are elected?

At present Tamil Nadu government has declared Nagercoil as the 14th Corporation.

Mugilan : What are the duties of Corporation?

› Constructing libraries and maintaining them.

› Creating parks and maintaining them.

› Maintaining of birth and death records. 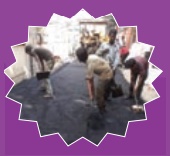 Mugilan : What is the source of income to the Corporation?

Uncle : The amount collected from Professional tax, Wealth tax, Entertainment tax, Custom duties and Road tax are the sources of income to the Corporation.

Mugilan : What else are there besides Municipality and Corporation?

Uncle : Apart from the Corporation and the Municipality Town Panchayat also exist. The head and the ward members are elected by the people directly. The tenure of the President and other members is 5 years. Panchayat is governed by the executive ofﬁcer.

Town panchayat functions in places where the population exceeds 5000 people.

Mugilan : Uncle, I came to know the administration of Municipality and Corporation very well.

Thank you very much.

Come let us wash our hands and have lunch.

1. Find out the activities held in the parks and libraries of your ward and share the information in your class.

2. Visit your nearby Corporation with the help of your teacher and examine the Council Assembly.

3. What are the taxes paid by your parents?