Can you guess what is common between ginger, onion bulb, potatoes. All three are stems. Some plants have their stems modified for storing food and for vegetative propagation. Modified stem may be aerial, sub aerial or underground stems.

Phylloclade :In dry climate, conserving water is a challenge. Water evaporates from the surface. If the surfa ceareaislarger, evaporation would be more; and if the surface area is smaller, the evaporation will be less. Plants with many leaves have more surface area. Cactus hence has a thick stem which does most of the food production through photosynthesis and leaves are reduced to small spines with less surface area. 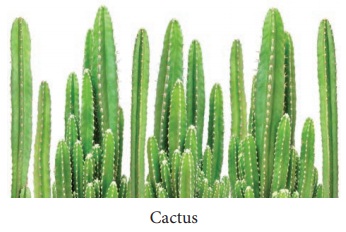 Stem of some plants remains sub – aerial which grow horizontally on the surface of the soil for the purpose of reproduction. There are four types.

i. Runner : The stem grows laterally on the surface of the soil, breaks up to produce roots where it touches the ground to give rise to new plants. E.g: Centella (Vallarai) 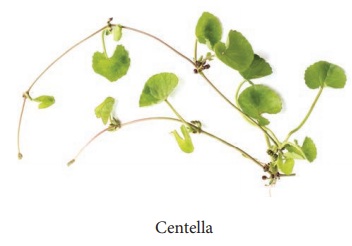 ii. Stolon : Stolon is a slender branch of the stem that grows upwards to some distance and then bends towards the ground. Upon touching the ground, it gives rise to a new plant. E.g:Wild strawberry. 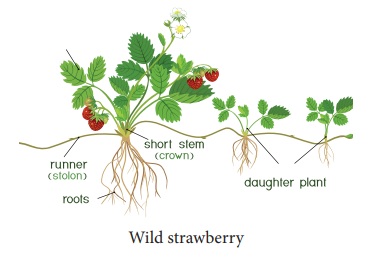 iii. Sucker : Sucker is a short and weak lateralbranch that grows diagonally upwards and directly gives rise to a new shoot. E.g : Chrysanthemum. 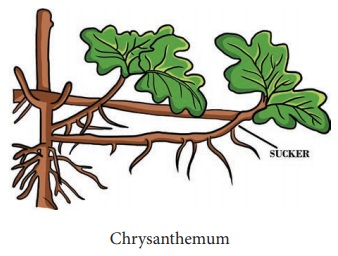 iv. Offset : An offset is a short and thick branch that arises from the axial part of a leaf. It has thick internodes. It produces a tuft of leaves and cluster of small roots below. E.g: Eichhornia. 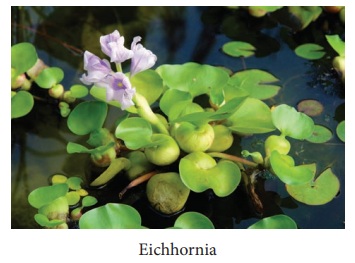 Procedure: Observe the external morphology of each specimen.

Observation: Draw diagram and bring out the differences and their function in each type of stem modifications.

There are four types of underground stems:

i. Rhizom: It is an underground thick stem withnodes and internodes with scale leaves at the node. It grows horizontally and has an irregular shape. Rhizome have buds. If give rise to new stem and leaves. E.g: Ginger and Turmeric. 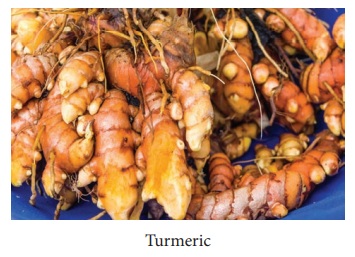 ii. Corm: This underground stem is round in shape and flat at the top and bottom. It is a condensed form of rhizome and bears one or more buds in the axils of scale leaves. Daughter plants arise from their buds. E.g: Colocasia. 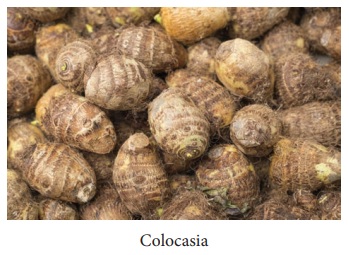 iii. Tuber: It is an enlarged, spherical underground stem that stores food. It has many dormant buds on its surface known as “Eyes”. If we plant a part of tuber with the bud, it grows into a new plant. E.g. Potato. 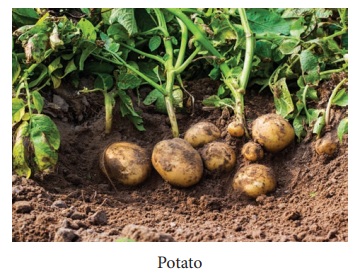 iv. Bulb: It is a condensed stem which is disc like and stores food in the fleshy leaves. The bulb has two types of leaves.

The upper part of the stem has a terminal bud and it is covered by many scaly leaves. The inner fleshy leaves store food as seen in Garlic and Onion. 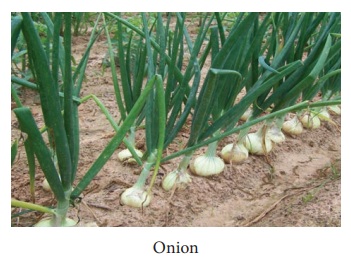 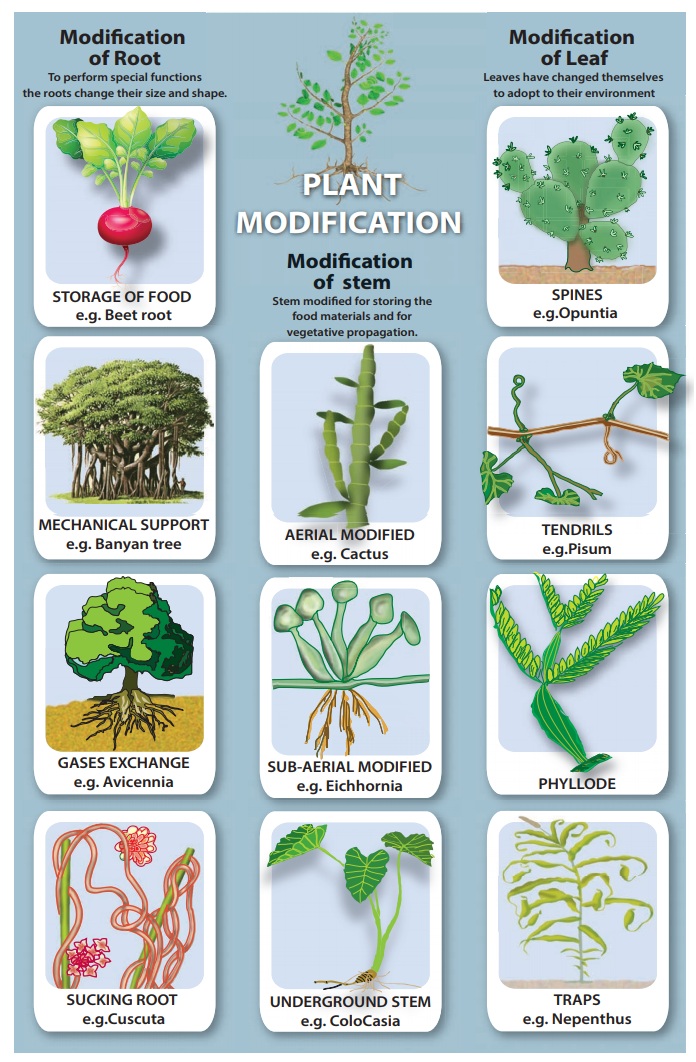