Cooking is the art of preparing food for consumption commonly with the appli-cation of heat.

Improves palatability and quality of food

Increases the availability of nutrients. 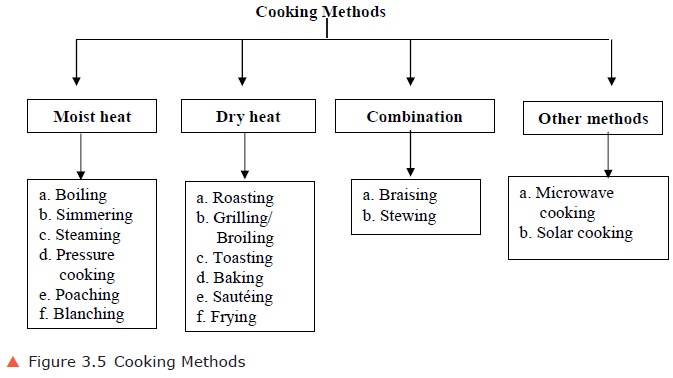 a. Boiling: It is a method of cooking food by just immersing in water at 100°C and maintaining the water at that temperature till the food becomes tender. Eg: Rice, egg, dhal, meat, roots and tubers can be cooked by boiling. 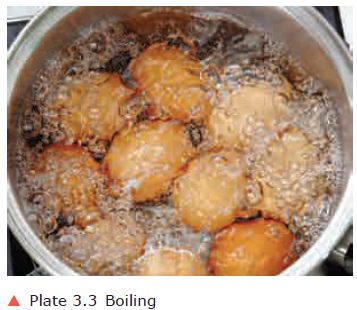 b. Simmering: Food is cooked in liquid at a temperature just below the boiling point. 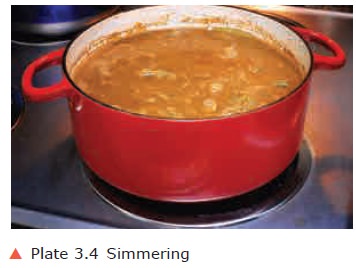 c. Steaming: It is a method of cook-ing food in steam, generated from vig-orously boiling water in a pan. Eg: Idli, Idiappam(string hopper) and vegetables are prepared by steaming. 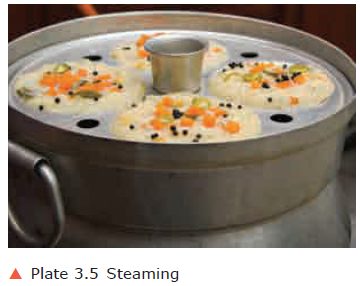 d. Pressure Cooking: When steam under pressure is used, the method is known as pressure cooking and the equipment used is pressure cooker. In this meth-od the temperature of boiling water can be raised above 100°C. Eg: Rice, dhal, meat, roots and tubers can be pressure cooked. 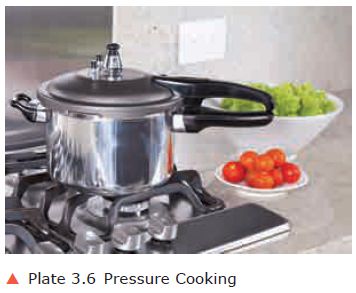 e. Poaching: This involves cooking in ­minimum amount of liquid at temper-atures of 80°C–85°C that is below the boiling point. Eg: Egg and fish can be poached. 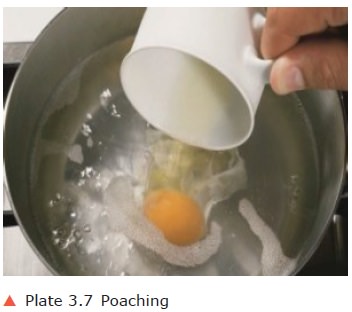 f. Blanching: In this method, food is immersed in boiling water for five seconds to two minutes depending on the texture of the food and put it in cold water. This helps to remove the skin or peel without softening the food.

Eg: Tomatoes can be blanched. 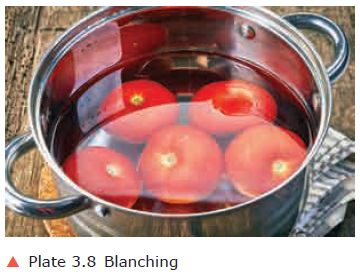 a. Roasting: In this method, food is roasted in a heated tawa or frying pan without covering it. But roasting can be done with or without any medium of cooking.

Eg: Groundnut can be roasted with or without oil. 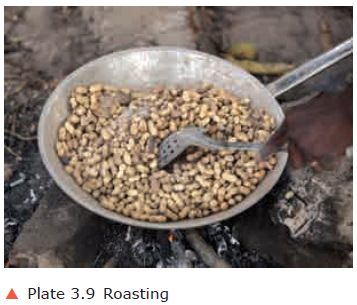 b. Grilling/Broiling: Grilling or broiling refers to the cooking of food by expos-ing it to direct heat. In this method food is placed below or above or in between a red-hot surface. 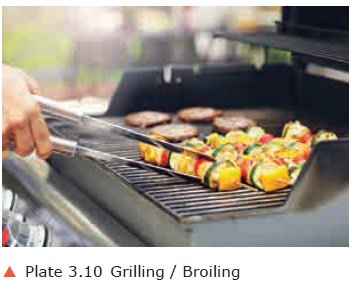 c. Toasting: In this method the food is kept between two heated elements to facilitate browning on both sides.

Eg: Bread slices can be toasted. 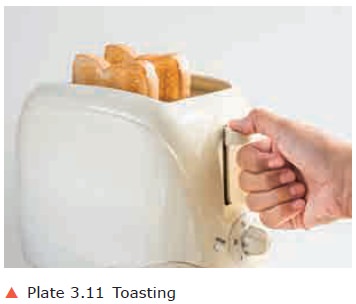 d. Baking: Baking is the method by which food is cooked by hot air. Country ovens and modern ovens are used for baking. Eg: Bread, cake, biscuits and meat can be baked. 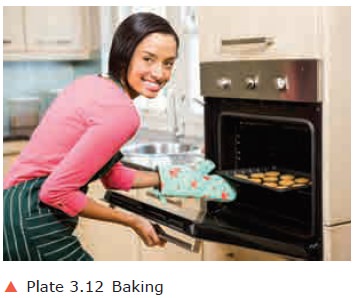 e. Sautéing: It is a method of cooking or browning of food in a pan using a small quantity of butter, oil or ghee. Eg: Vegetables. 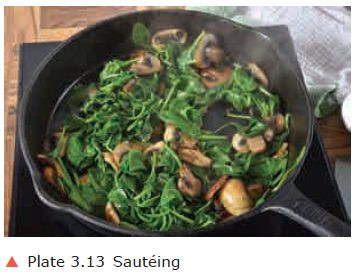 f. Frying: It is the process of cooking food in hot ghee or oil. Food can be cooked either by shallow frying or by deep frying 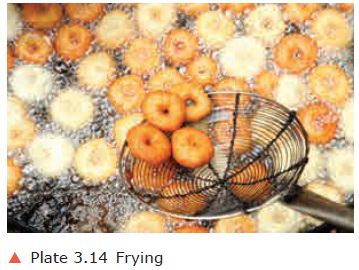 a. Braising: It is a combined cooking method of frying lightly and stewing it slowly in a closed container.

b. Stewing: It is a combination of sautéing and simmering. Eg: Meat stew.

a. Microwave Cooking: A magnetron tube is a source from where the electro-magnetic radiation with high frequency wave cooks the food.

Food should be kept in containers made of plastic, glass or chinaware and non-metallic containers. These contain-ers are used because they transmit the microwaves­ but do not absorb or reflect them. 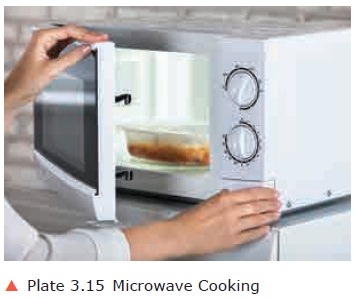 Eg: Cake can be baked in microwave oven.

b. Solar Cooking: Solar cooking is a very simple technique that makes use of sun-light or solar energy.

Solar cooker consists of a well-insulated box which is painted black inside and covered with one or more transparent covers. These covers allow the radiation from the sun to come inside the box but do not allow the heat from the hot black absorbing plate to come out of the box.

Because of this, temperature up to 140°C can be obtained which is adequate­ for cooking. Solar cooking is free of scorching and oozing of contents. Eg: Rice 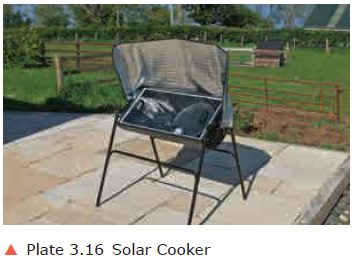