It is defined as the line, which gives sum of pressure head, datum head and kinetic head of a flowing fluid in a pipe with respect to some reference line.

An Equivalent pipe is defined as the pipe of uniform diameter having loss of head and discharge of a compound pipe consisting of several pipes of different lengths and diameters.

The boundary layer is called laminar, if the Renolds number of the flow is defined as Re = U x X / v is less than 3X105

If the Renolds number is more than 5X105, the boundary layer is called turbulent boundary.

Chezy's formula is generally used for the flow through open channel.

A crude of oil of kinematic viscosity of 0.4 stoke is flowing through a pipe of diameter 300mm at the rate of 300 litres/sec. find the head lost due to friction for a length of 50m of the pipe. 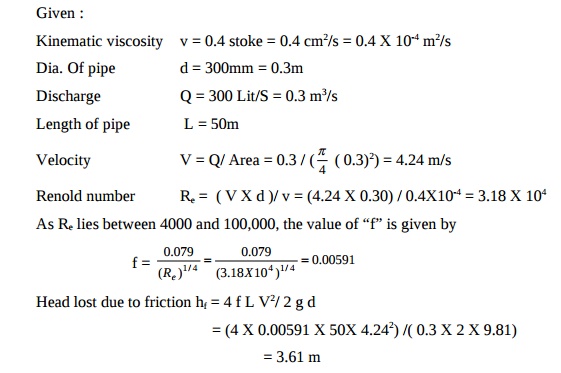 Find the type of flow of an oil of relative density 0.9 and dynamic viscosity 20 poise, flowing through a pipe of diameter 20 cm and giving a discharge of 10 lps. Solution :

It is Laminar flow.

Formula to find the Efficiency of power transmission through pipes

where, H = total head at inlet of pipe. hf = head lost due to friction 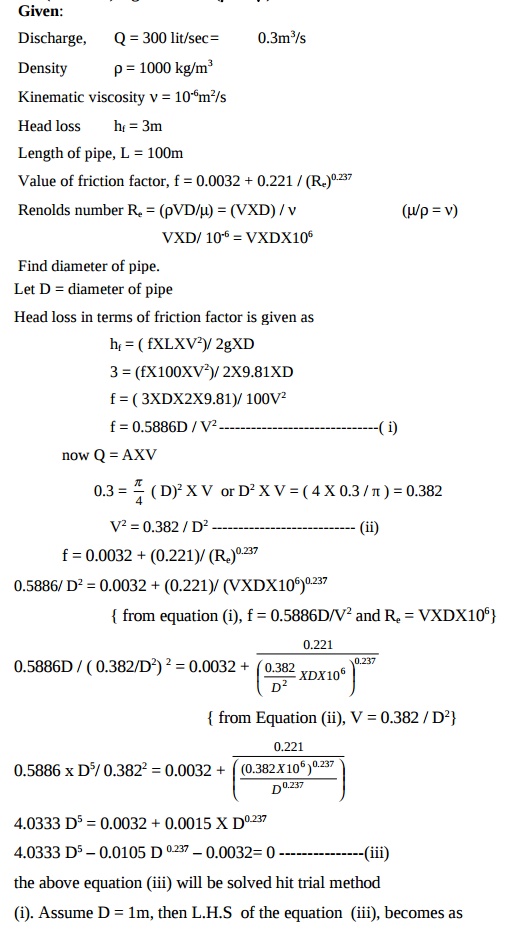 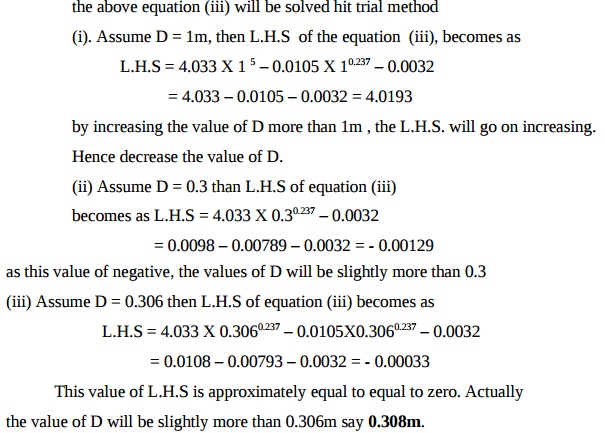