Meaning and Definition of a Joint Stock Company

A joint stock company is a distinct type of business organisation evolved to overcome the limitations of sole trader and partnership concerns.

Meaning and Definition of a Company

A joint stock company is a distinct type of business organisation evolved to overcome the limitations of sole trader and partnership concerns. The advancement in science and technology and the impact of industrial revolution have all necessitated a large amount of capital investment and highly sophisticated managerial skill for running a large-scale industry. Partnership with limitations of its capital and managerial ability and with the added risk of unlimited liability has been found unsuitable for running a large-scale industry in modern times. Therefore joint stock company form of organisation came into existence.

The Act came into force on 12 September 2013 with few changes like earlier private companies maximum number of members was 50 and now it will be 200. A new class of company is of  “One  Person  Company” is included in this Act that will be a private limited company.

Definition of a Company

“A company is an association of many persons who contribute money or money’s worth to a common stock and employ it in some trade or business, and who share the profit and loss (as the case may be) arising there from.”

“A company is an artificial person created by law having a separate entity with a perpetual succession and a common seal”.

A company as an entity has many distinct features which together make it a unique organization. The essential characteristics of a company are as follows:

Under Incorporationa company becomes a separate legal entity as compared to its members. The company is distinct and different from its members. It has its own seal and its own name, its assets and liabilities are separate and distinct from those of its members. It is capable of owning property, incurring debt, and borrowing money, employing people, having a bank account, entering into contracts and suing and being sued separately. In short, it is considered as an artificial person created by law.

A company does not cease to exist unless it is specifically wound up or the task for which it was formed has been completed. Membership of a company may keep on changing from time to time but that does not affect life of the company. A company is created by law and it can be windup only through legal process. 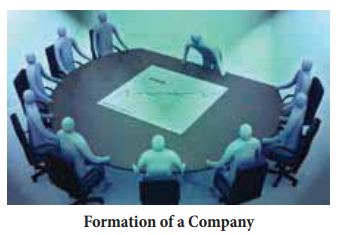 A company is a distinct legal entity. A member cannot claim to be owner of the company’s property during the existence of the company. 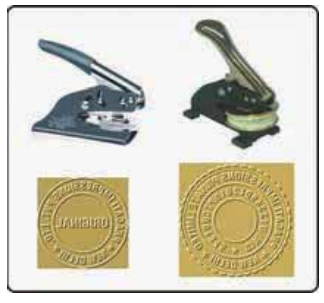 A company is an artificial person and does not have a physical presence. Thus, it acts through its Board of Directors for carrying out its activities and entering into various agreements. Such contracts must be under the seal of the company. The common seal is the official signature ofthe company. The name ofthe company must be engraved on the common seal. Any document not bearing the seal of the company may not be accepted as authentic and may not have any legal force.

vii. Capacity to Sue and being sued

A company can sue or be sued in its own name as distinct from its members.

A company is administered and managed by its managerial personnel i.e. the Board of Directors. The shareholders are simply the holders of the shares in the company and need not necessarily the managers of the company.

The principle of voting in a company is one share-one vote i.e. if a person has 10 shares, he has 10 votes in the company. This is in direct distinction to the voting principle of a co-operative society where the “One Member - One Vote” principle applies i.e. irrespective of the number of shares held, one member has only one vote.

A joint stock company has many advantages. These are given below:

A company can secure large capital compared to a sole trader or partnership. Large amount of capital is necessary for conducting business on a large scale. For e.g. Reliance has invested more than  Rs.  25,000 crore in its telecom venture. Raising such huge amount of funds would be utter impossible in a sole- tradership or partnership.

The liability of a shareholder is limited. In the case of a company limited by guarantee, his liability is restricted to the amount that he has guaranteed to contribute in the event of winding up of the company.

Transaction of Shares between two individuals is easy. So there is liquidity of investment. Any shareholder can easily convert his shares into money by selling his shares.

A company has perpetual or continuous existence. Members may go or new members may come in, but the company continues to exist. This ensures continuity in operations and the company can undertake long term investments.

Joint stock company system encourages people to save. Even small amount can be used for the purchase of shares. A person can buy even one share of a company.

The loss of the company is distributed over a large number  of  shareholders. So each shareholder bears a very little amount of loss. Hence the company form of organization has risk bearing capacity.

A joint stock company can undertake business on large scale. As a result it can derive all the advantages of large scale production. For e.g. Hero Moto Corp Ltd. 2015, the world’s largest seller of two-wheelers, manufactures motorbikes on a large scale and is able to enjoy cost efficiency.

Joint stock company system has been responsible for the rapid growth of industries and trade in many countries. Since Joint Stock Companies have large financial resources, they are able to undertake large scale production, satisfy the needs of more number of consumers, create large scale employment opportunities, promote balanced regional development and contribute substantially to the government by way of taxes.

The following are the disadvantages of company form of organization

i. Costly and difficult to form

Number  of  legal  formalities   must   be observed in the formation of the company. To observe these legal formalities, promoters have to spend much time and money.

The directors manage the company with the help of paid officers. If the directors are dishonest, they  may make personal gain at the expense of the company. They may misuse their power and position.

A few rich persons may secure control over the affairs of the company. Thus, the management of a joint stock company might become oligarchic in character. (Oligarchy means a small group of people havimg control)

A few individuals may corner the shares to gain control over the company.

The officers of the company do not have incentive to work hard. They are not usually inclined to take risks. They lack initiative.

Joint stock companies have to pay tax at higher rates compared to other forms of organizations.