In previous chapters we have seen that an electrostatic field is produced by static or stationary charges. The relationship of the steady magnetic field to its sources is much more complicated.

. There are two major laws governing the magnetostatic fields are:

Similar to different charge distributions, we can have different current distribution such as line current, surface current and volume current. These different types of current densities are shown in Fig. 4.3. 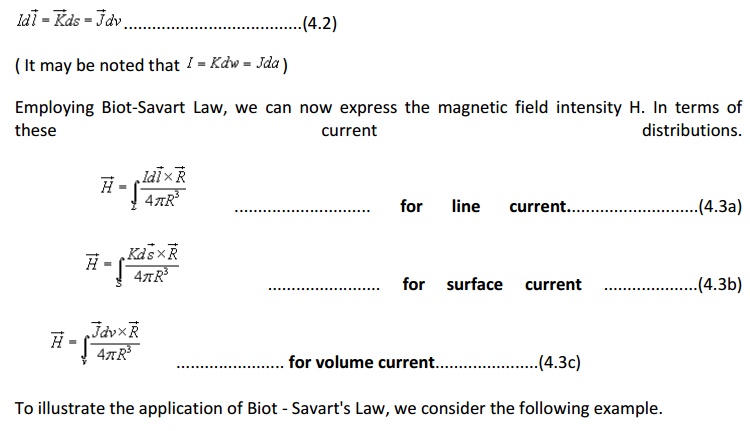 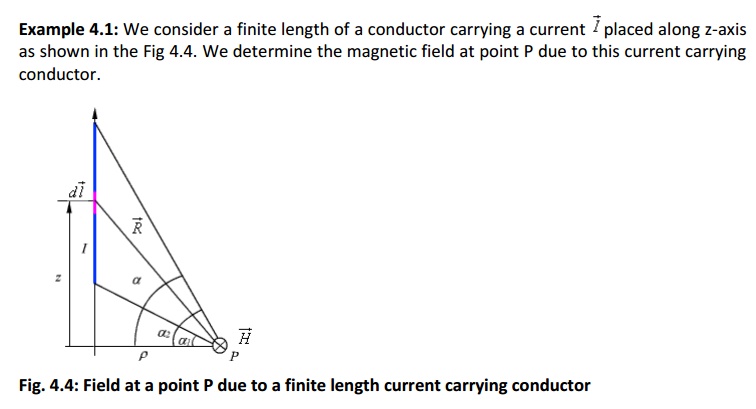 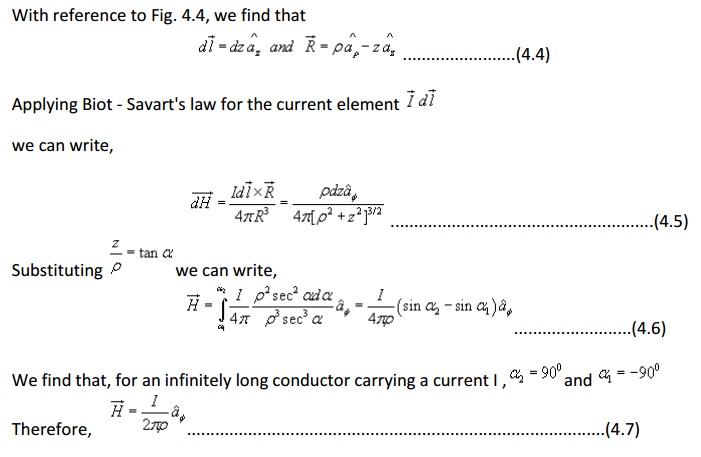 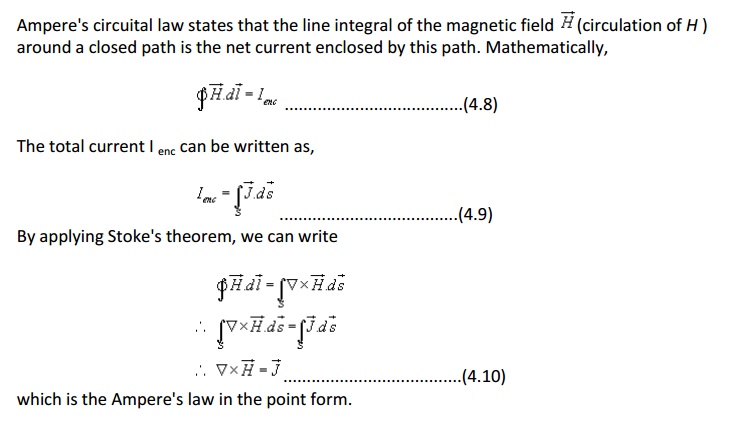 We illustrate the application of Ampere's Law with some examples. 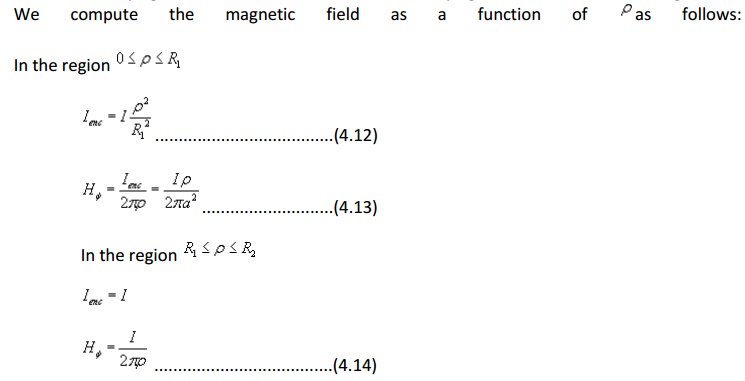 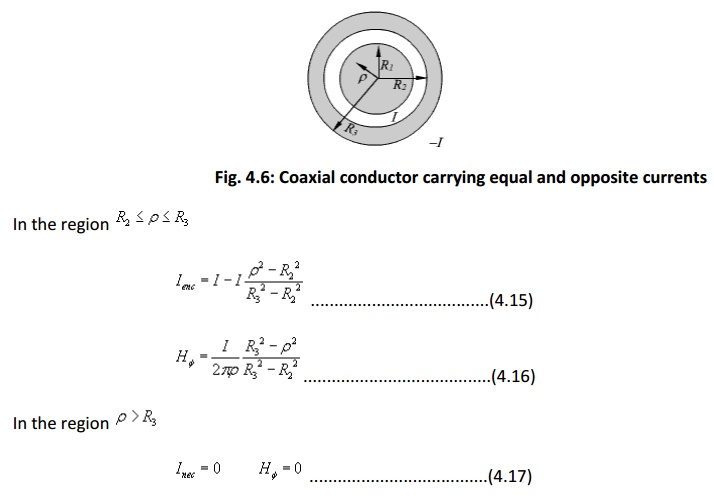 In the case of electrostatic field, we have seen that if the surface is a closed surface, the net flux passing through the surface is equal to the charge enclosed by the surface. In case of magnetic field isolated magnetic charge (i. e. pole) does not exist. Magnetic poles always occur in pair (as N-S). For example, if we desire to have an isolated magnetic pole by dividing the magnetic bar successively into two, we end up with pieces each having north (N) and south (S) pole as shown in Fig. 4.7 (a). This process could be continued until the magnets are of atomic dimensions; still we will have N-S pair occurring together. This means that the magnetic poles cannot be isolated.

From our discussions above, it is evident that for magnetic field,

which is the Gauss's law for the magnetic field.

By applying divergence theorem, we can write:

which is the Gauss's law for the magnetic field in point form.

This point can be illustrated as follows. Let us consider the cross section of a coaxial line as shown in fig 4.8. 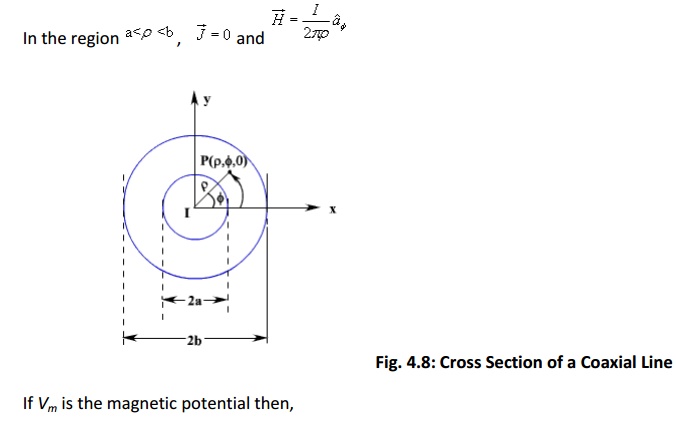 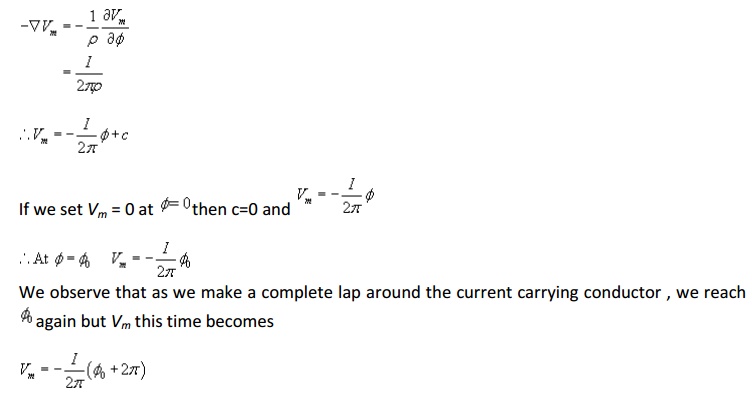 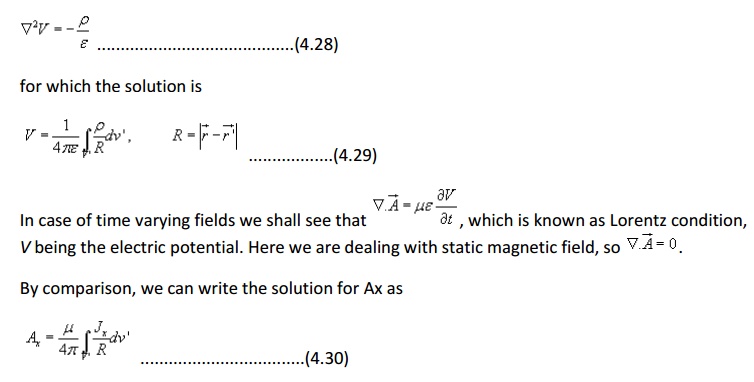 Vector potential thus have the physical significance that its integral around any closed path is equal to the magnetic flux passing through that path.

Similar to the boundary conditions in the electro static fields, here we will consider the 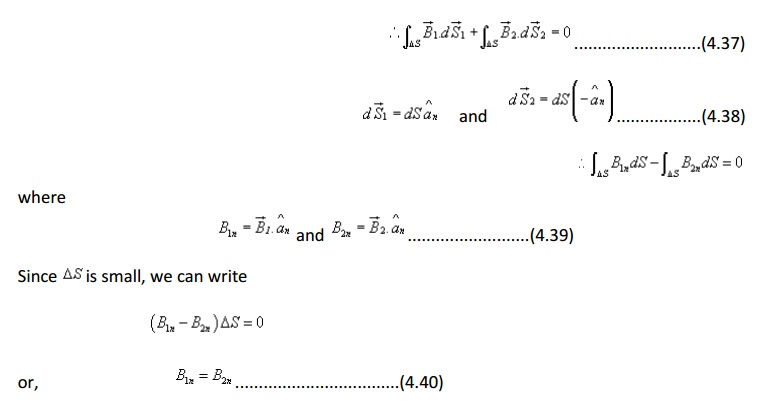 That is, the normal component of the magnetic flux density vector is continuous across the interface.

To determine the condition for the tangential component for the magnetic field, we consider a closed path C as shown in figure 4.8. By applying Ampere's law we can write

i.e., tangential component of magnetic field component is discontinuous across the interface where a free surface current exists.

In vector form we can write,

1. An infinitely long conductor carries a current I A is bent into an L shape and placed as shown in Fig. P.4.7. Determine the magnetic field intensity at a point P (0,0, a). 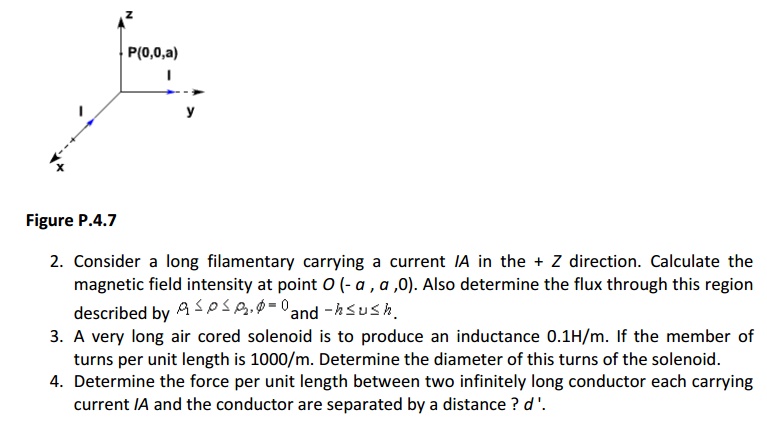