For example, consider the following difference equation. y(n) = y(n-1)+x(n)+x(n-1)+x(n-2) This equation represents a discrete-time system. It operates on the input signal x(n)x(n) to produce the output signal y(n). 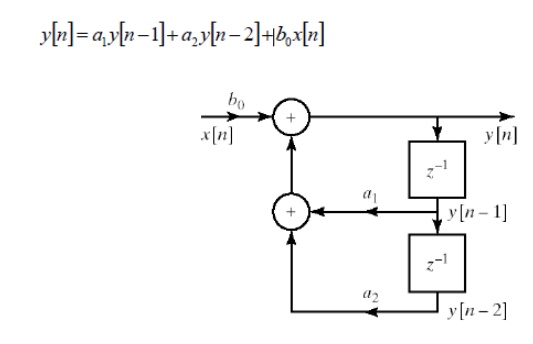 • The implementation of difference equations requires delayed values of the

• The requirement of delayed elements implies need for storage 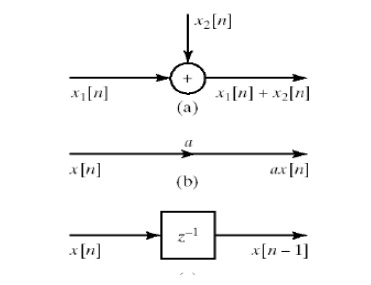 We also need means of 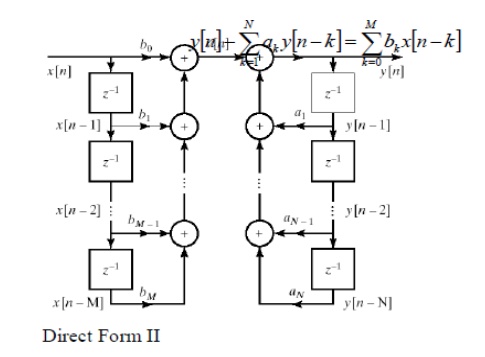 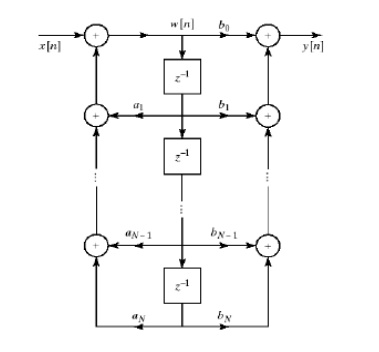 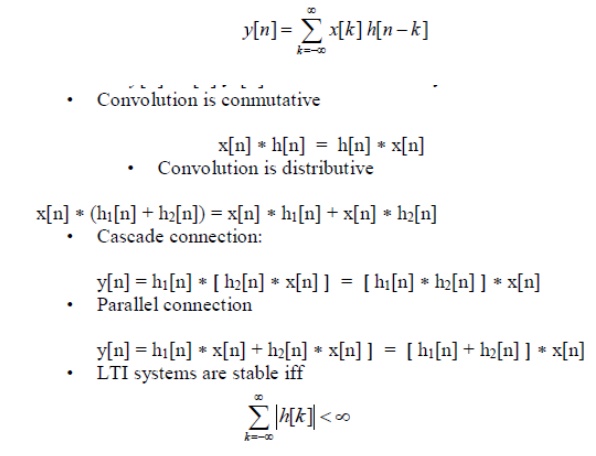 LTI systems are causal if

The z-transform of impulse response is called transfer or system function H(z). 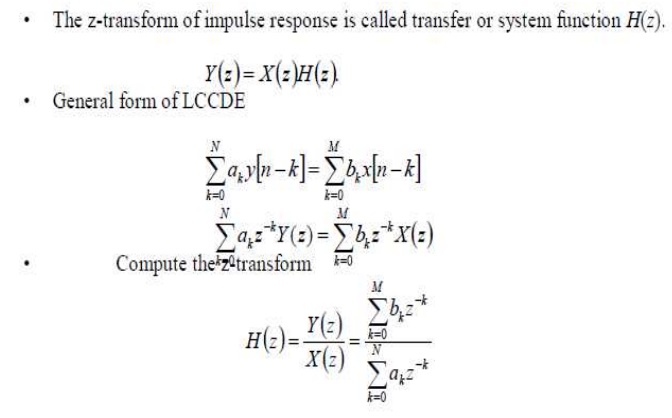 Stability requirement can be verified

Location of zero and poles determines the frequency response and phase

1. Consider the system described by the difference equation. 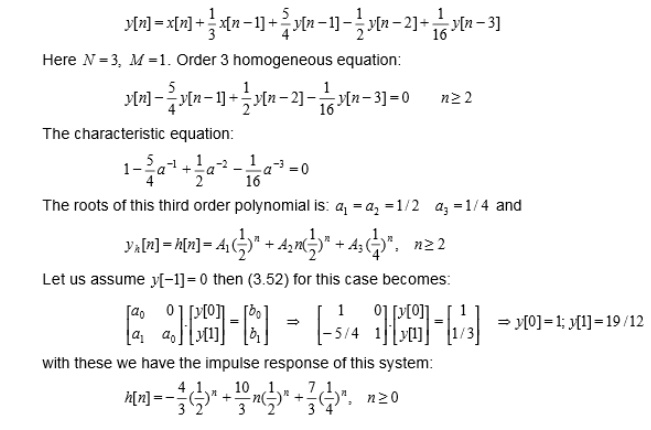 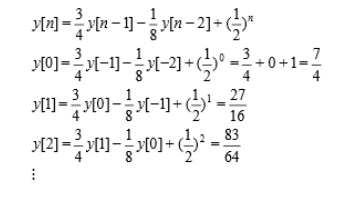 3. Compute the impulse response of the system described by, 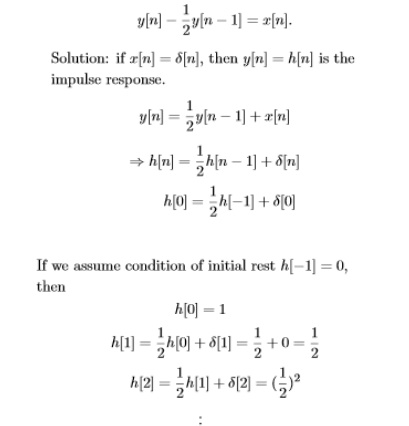 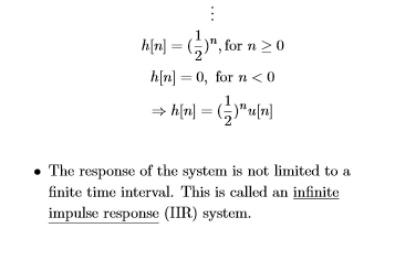 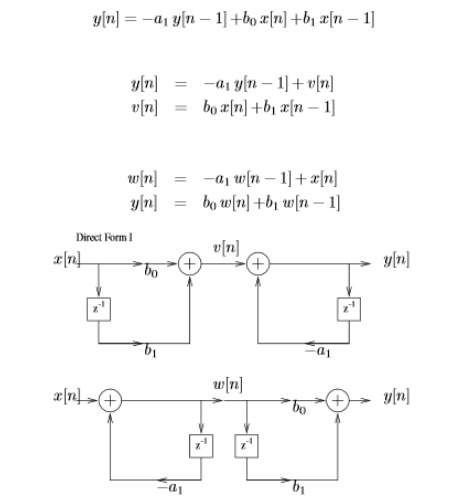 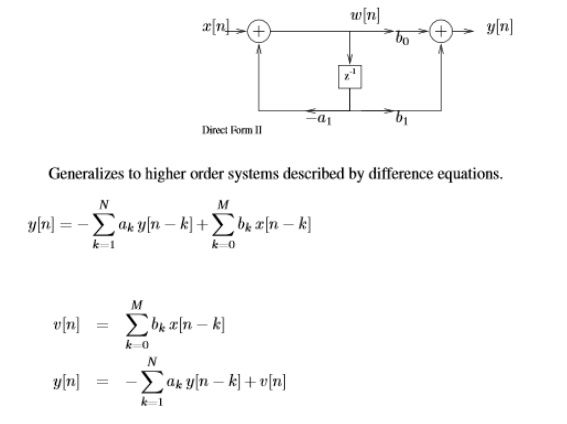 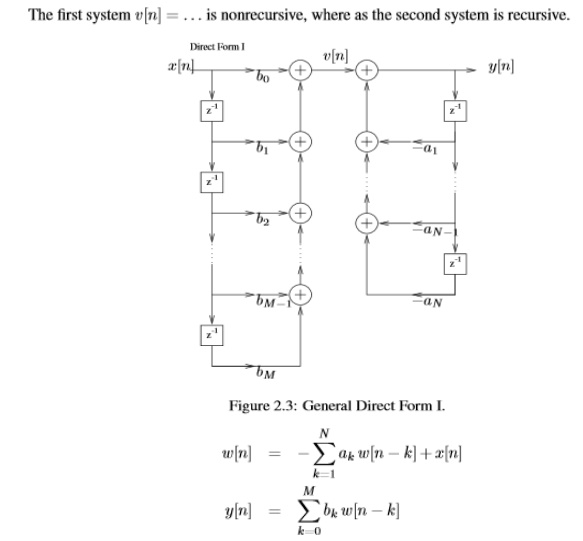 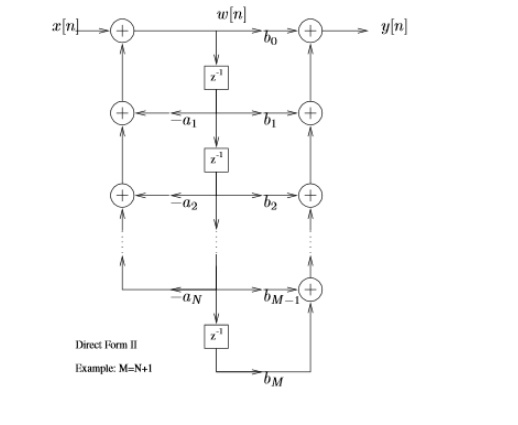 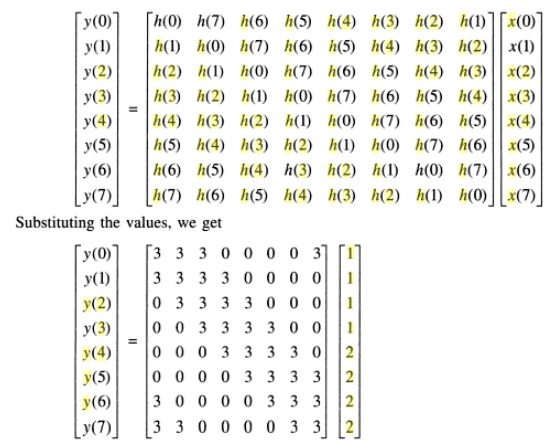