Land has been always considered as the most important element of Wealth.

Land has been always considered as the most important element of Wealth. It is also used to not only to produce wealth in the form of Agricultural Products such as rice, wheat, etc., but also used as an instrument to control the tenants and labour. Despite efforts taken by the British Government during the Colonial Era such as Permanent Settlement Act, Land Regulation Acts, the friction between the land lords, tenants and labourers continued even after Independence. As it became very complicated after India’s Independence, a series of measures have been taken to settle and prevent the problems between land lords and tenants, tillers and labourers.

At the time of independence, ownership of land was concentrated in the hands of a few. This led to the exploitation of the landless farmers and labourers and socio-economic inequality in the rural life. In the eve of independence, peasant riots broke out in many parts (Telengana, Travancore and Tanjore Districts in Tamil Nadu) of India. It was on this occasion, Vinobha Bhave launched Boodhan Movement in which the landlords were to voluntarily transfer their surplus lands, and the government would help with necessary legislations.

The distribution of lands were made among the landless poor. The Sarvodaya Movement, attempted to launch and strength co-operative societies to assist the poor farmers. In Tamil Nadu, Jagannathan and Krishnammal strived hard to make the Boodhan and Sarvodaya Movement popular among the rural people. Equal distribution of land was therefore an area of focus of Independent India’s government. Laws for land ceiling were enacted in various states during the 1950s & 1960s and also from initiatives taken by the Federal Government. 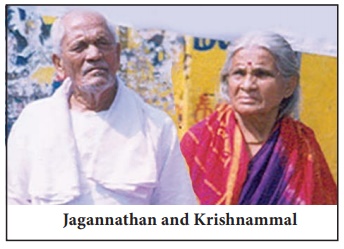 Reform measures, can be classified into four main categories:

The first category was the enactment of laws related to tenancy reforms. These include attempts to regulate tenancy contracts both via registration and stipulation of contractual terms, such as share in tenancy contracts, as well as attempts to abolish tenancy and transfer ownership to tenants.

The third category of land reform acts concerned efforts to implement ceilings on land holdings, with a view to redistributing surplus land to the landless.

Finally, the reform acts which attempted to allow consolidation of disparate land-holdings. Though these reforms and in particular the latter were justified partly in terms of achieving efficiency in agriculture, it is clear from the acts themselves and from the political manifestos supporting the acts that the main impetus driving the first three reforms was poverty reduction.

The peculiarities of Indian agriculture, combined with the declared desire to bring about economic development as well as social justice led the govt., in the post -Independence period, to under-take a comprehensive programme of land reforms.

In short these reforms aimed at

v Abolition of Zamindars and

(a) Abolition of Intermediaries

One of the first aims of the agrarian reforms was to eliminate the middlemen such as the Zamindars and Jagirdars so as to bring the cultivator into direct relationship with the govt. The work of Zamindari abolition was comparatively easy in the temporarily settled areas such as Uttar Pradesh and Madhya Pradesh where adequate records and administrative machinery existed.

In order to achieve equality in possession and utilization of land, legislations were passed in all states imposing ceiling on existing land holdings as well as on future acquisition of land. However, provisions relating to level, transfers, and exemptions differed considerably­ from state to state. In Assam, Jammu and Kashmir, West Bengal and Manipur, there was one uniform ceiling limit irrespective of the class of land, ceiling being fixed at 50 acres, 22 ¾ acres and 25 acres respectively. But due to differences in uniformity among states, land celling became a political issue and was not properly implemented.

At the time of independence, the feudal Serfdom system was followed in then undivided Tanjore area. Small tenant peasants and agri-worker severely suffered by this brutal system. TO safeguard small tenants and agri - workers, the Pannaiyaal Paathukaappu Sattam (Tanjore Pannaiyaal Protection Act 1952) was implemented. In due course under needs of circumstances this act was expanded all over the state. As this act implements, all tenant peasants got their appropriate share in cultivation. Further more, Land Ceiling Act, 1961 was also enacted and updated subsequently for the needs of time. By this act, the surplus lands were taken from the landlords who possessed the land more than permissible level. These lands were distributed to landless peasants and agri – workers.

Third attempt was to bring uniformity and regulation of agrarian labour and tenancy. Consequently, governments in the Centre and States have formulated agrarian policy aimed at reducing disparities in wealth and income, eliminating exploitation, providing security for the tenant and worker, and opportunity­ to different sections of the rural population. With these guidelines provided by the Planning Commission, the State govts. adopted certain measures, viz., regulation of rents, security of tenure and conferment of ownership on tenants.

The fourth attempt was Co-operative farming where farmers take the land for lease and pool the resources to make a collective attempt to farm and the profit will be equally divided after settling the rent and expenses. Until late 1960’s, a total of 7294 cooperative farming societies having a membership of 1.88 lakhs had been formed and these covered an area of 3.93 lakh hectares. However, many of these societies were defunct and some existed only on paper for the sake of obtaining state grants though their land was cultivated in the old way. In these, there was neither the pooling of resources nor joint operation­ of land. A number of these were formed with a desire to evade land reforms measures in various states.

1. The Right to Fair Compensation and Transparency in Land Acquisition, Rehabilitation and Resettlement (Amendment)Bill,2015seekstoAmend the Act of 2013 (LARR Act, 2013).

4. The Bill allows exemption for projects in these five categories from requiring Social Impact Assessment be done to identify those affected and from the restrictions on the acquisition of irrigated multi-cropped land imposed by LARR Act 2013.

5. The Bill brings provisions for compensation, rehabilitation, and resettlement under other related Acts such as the National Highways Act and the Railways Act in consonance with the LARR Act.

6. The Bill changes acquisition of land for private companies mentioned in LARR Act, 2013 to acquisition for ‘private entities’. A private entity could include companies, corporations and nonprofit organisations.

Activity : The students are asked to find out the land reforms shared out by Tamil Nadu Government.

Activity : Have a discussion on Land ceiling reference in Tamil Nadu since 1960 in the class under the guidance of your teacher.

“While India has increased its per capita income in recent years through fairly sustained high growth rates in income, its human development indicators still trail those of some countries with similar incomes. An oft-cited example is Bangladesh which, despite lower per capita incomes, fares better than India in various human development parameters. It is in this regard that states like Tamil Nadu within the country have been hailed as a model in recent years for combining relatively high growth with high levels of human development. In fact, Tamil Nadu along with Kerala, is likely to rank at the top among South Asian countries, with regard to attainments in health and education. 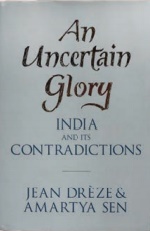 Tamil Nadu has been a State that is witness to a long history of social and political mobilisation against caste-determined hierarchies; and it has been pointed out that its relatively better performance in terms of growth, poverty reduction and human development can be attributed to such collective action (Kalaiyarasan, 2014).

Tamil Nadu is a State that continued to have poverty levels higher than the national average even until the 1980s. It is only since the early 1990s that we witness rapid reduction in poverty and improvement in per capita incomes. As Dreze and Sen (2013) point out, the State’s investments in social infrastructure, such as the free Mid-day Meal Scheme (MDMS) for school children, driven by the emergence of concerted public action with its roots in social movements that sought to question and delegitimise social hierarchies and democratise public spheres have been critical to this shift.

Further, the case of Tamil Nadu clearly demonstrates that investments made Indian social welfare Unionneed Conot-operativeundermine Actthe- growth1904 imperative as it was believed that such investments dried up resources for productive growth-enhancing investments. In fact, it would appear that investments in social sectors driven by democratising collective action have led to translation of such inputs into growth increases. Importantly, the improvements in growth have allowed the State to mobilise resources that could be channelled back into social sectors.”