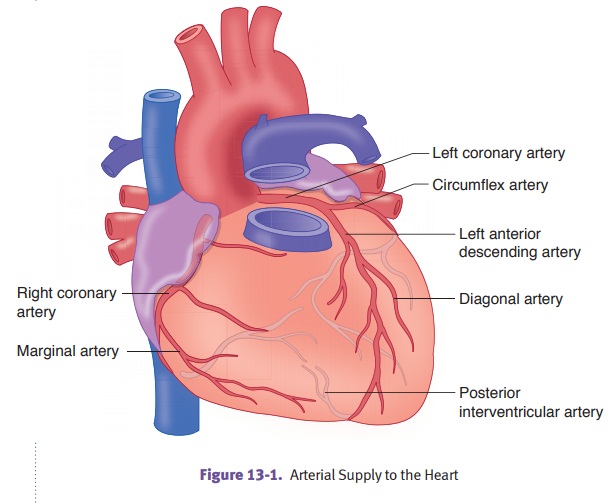 Cardiac ischemia is usually secondary to coronary artery disease (CAD); it is themost common cause of death in the United States. It is most often seen in middle-age men and postmenopausal women.

·            Unstable or crescendo angina is caused by formation of a nonocclusive throm-bus in an area of coronary atherosclerosis, and is characterized by increasing frequency, intensity, and duration of episodes; episodes typically occur at rest. This form of angina has a high risk for myocardial infarction.

Myocardial infarction (MI) occurs when a localized area of cardiac muscle undergoescoagulative necrosis due to ischemia. It is the most common cause of death in the United States. The mechanism leading to infarction is coronary artery atheroscle-rosis (90% of cases). Other causes include decreased circulatory volume, decreased oxygenation, decreased oxygen-carrying capacity, or increased cardiac workload, due to systemic hypertension, for instance. 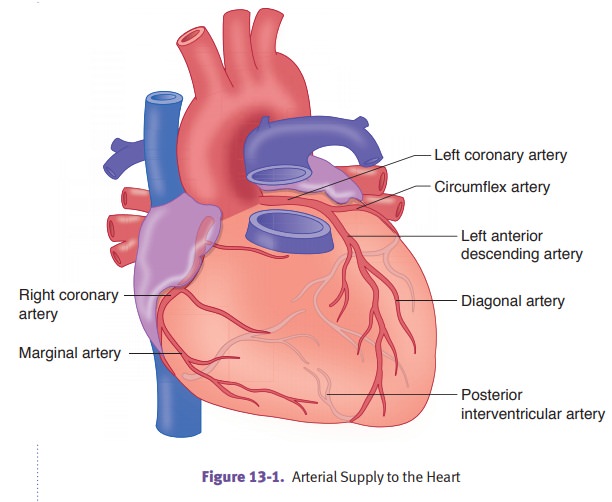 Infarctions are classified as transmural, subendocardial, or microscopic.

·            Transmural infarction (most common type) is considered to have occurredwhen ischemic necrosis involves >50% of myocardial wall. It is associated with regional vascular occlusion by thrombus. It causes ST elevated MIs (STEMIs) due to atherosclerosis and acute thromobosis.

·            Subendocardial infarction is considered to have occurred when ischemicnecrosis involves <50% of myocardial wall. It is associated with hypoperfu-sion due to shock. ECG changes are not noted. This type of infarction occurs in a setting of coronary artery disease with a decrease in oxygen delivery or an increase in demand.

·            Microscopic infarction is caused by small vessel occlusion due to vasculitis,emboli, or spasm. ECG changes are not noted. 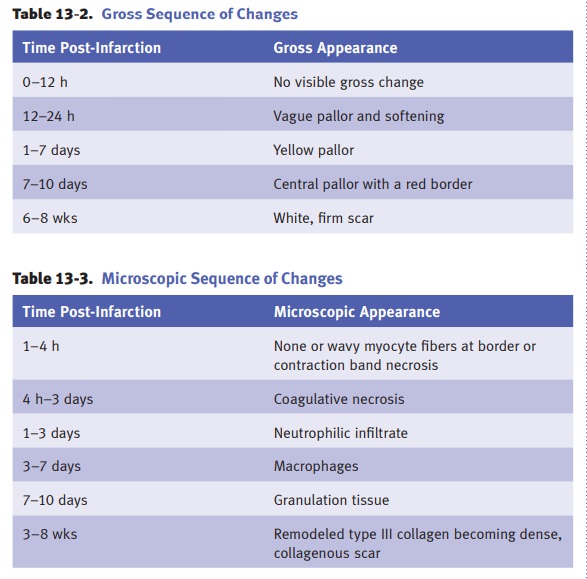 Sudden cardiac death is defined to be death within 1 hour of the onset of symp-toms. The mechanism is typically a fatal cardiac arrhythmia (usually ventricular fibrillation).