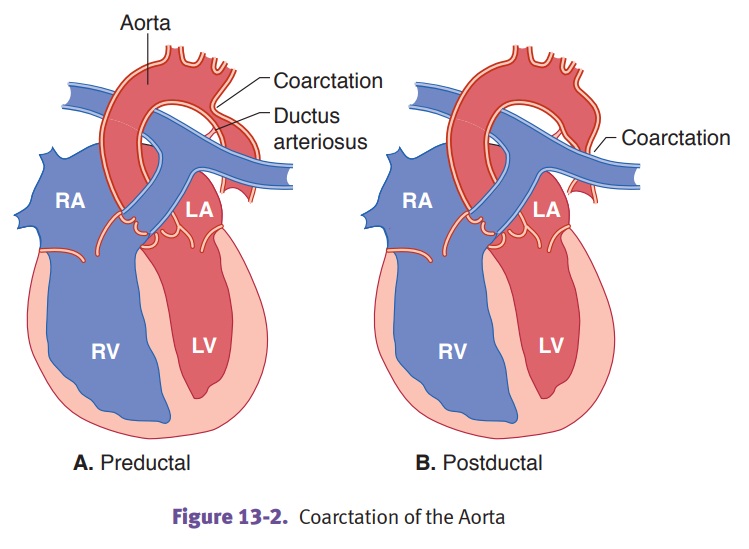 ·            Preductal coarctation (infantile-type) is associated with Turner syndrome andcauses severe narrowing of aorta proximal to the ductus arteriosus. It is usu-ally associated with a patent ductus arteriosus (PDA), which supplies blood to aorta distal to the narrowing, and right ventricular hypertrophy (secondary to the need for the right ventricle to supply the aorta through the patent ductus arteriosus). It presents in infancy with congestive heart failure that is accom-panied by weak pulses and cyanosis in the lower extremities; the prognosis is poor without surgical correction.

·            Postductal coarctation (adult-type) causes stricture or narrowing of the aortadistal to the ductus arteriosus. It can present in a child or an adult with hyper-tension in the upper extremities, and hypotension and weak pulses in the lower extremities. Some collateral circulation may be supplied via the internal mammary and intercostal arteries; the effects of this collateral circulation may be visible on chest x-ray with notching of the ribs due to bone remodeling as a consequence of increased blood flow through the intercostal arteries. 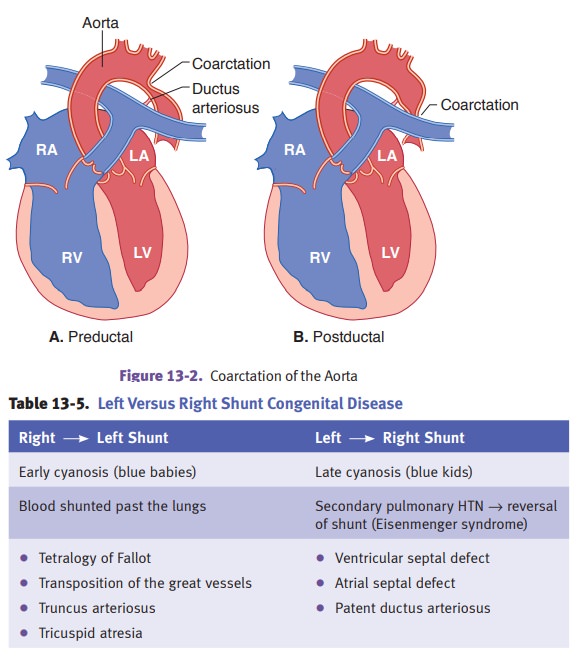 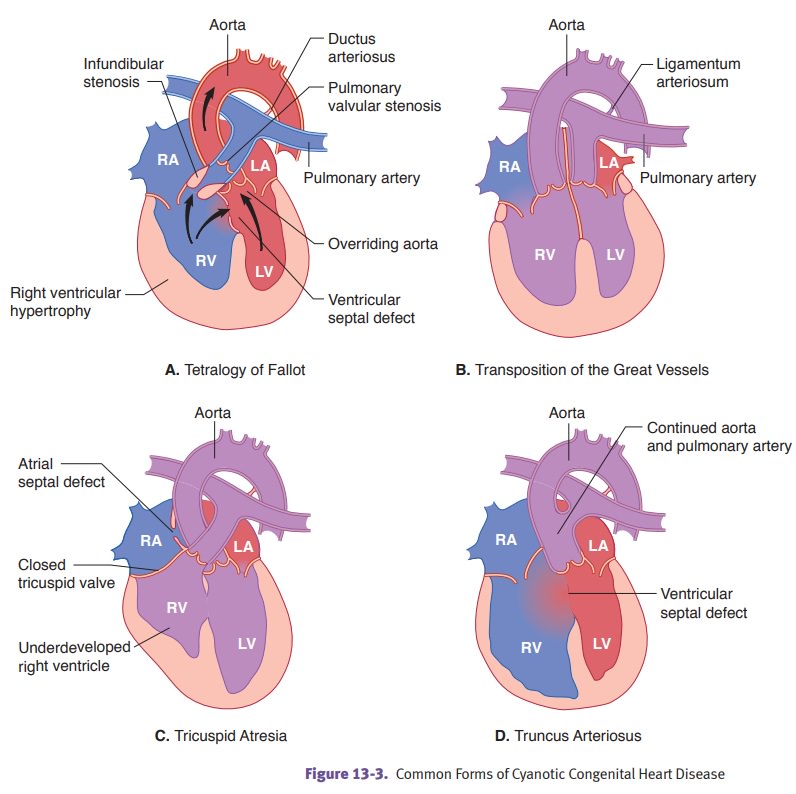 Transposition of the great vessels is an abnormal development of the truncoconalseptum whereby the aorta arises from the right ventricle, and the pulmonary artery arises from the left ventricle. The risk is increased in infants of diabetic mothers. Affected babies develop early cyanosis and right ventricular hypertrophy. To survive, infants must have mixing of blood by a VSD, ASD, or PDA. The prognosis is poor without surgery. 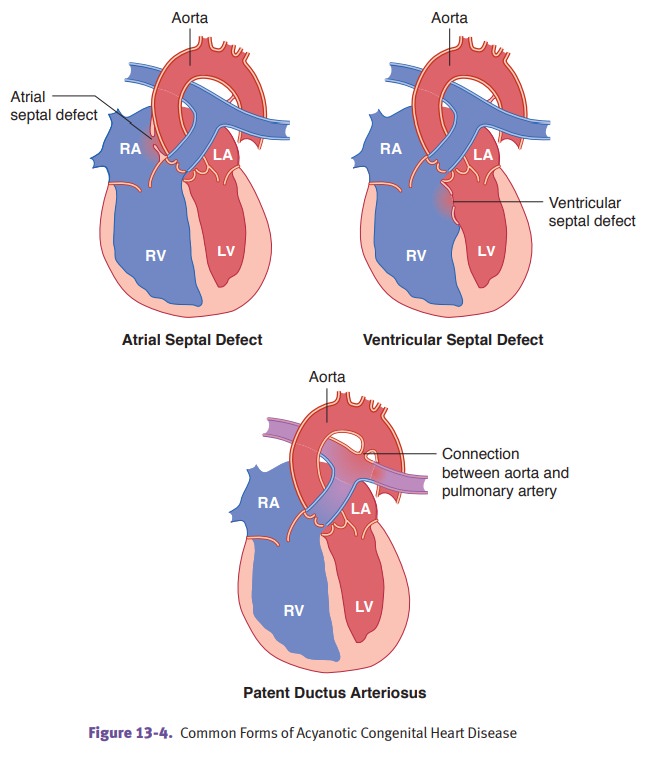 Truncus arteriosus is a failure to develop a dividing septum between the aorta andpulmonary artery, resulting in a common trunk. Blood flows from the pulmonary trunk to the aorta. Truncus arteriosus causes early cyanosis and congestive heart failure, with a poor prognosis without surgery.

Tricuspid atresia refers to the absence of a communication between the right atriumand ventricle due to developmental failure to form the tricuspid valve. Associated defects include right ventricular hypoplasia and an ASD. The prognosis is poor without surgery.

Ventricular septal defect (VSD), which consists of a direct communication betweenthe ventricular chambers, is the second most common congenital heart defect (the most common is a bicuspid aortic valve).

·            A small ventricular septal defect may be asymptomatic and close sponta-neously, or it may produce a jet stream that damages the endocardium and increases the risk of infective endocarditis.

·            A large ventricular septal defect may cause Eisenmenger complex, which is characterized by secondary pulmonary hypertension, right ventricular hyper-trophy, reversal of the shunt, and late cyanosis.

Atrial septal defect (ASD) is a direct communication between the atrial chambers.

The most common type is an ostium secundum defect. Complications include Eisenmenger syndrome and paradoxical emboli.

Patent ductus arteriosus (PDA) is a direct communication between the aorta andpulmonary artery due to the continued patency of the ductus arteriosus after birth. It is associated with prematurity and congenital rubella infections. Clinical findings include machinery murmur, late cyanosis, and congestive heart failure. Eisenmenger syndrome may develop as a complication.