A finite sum of real numbers is well defined by the properties of real numbers, but in order to make sense of an infinite series, we need to consider the concept of convergence.

A finite sum of real numbers is well defined by the properties of real numbers, but in order to make sense of an infinite series, we need to consider the concept of convergence. Consider the infinite sum: ½ + ¼ + 1/8 + · · · with each term positive. Can we assign a numerical value to the sum? While at first it may seem difficult or impossible, we can certainly do something similar where we have one quantity getting closer and closer to a fixed quantity.

Named after Fibonacci, also known as Leonardo of Pisa or Leonardo Pisano, Fibonacci numbers were first introduced in his Liber abaci in 1202. The son of a Pisan merchant, Fibonacci traveled widely and traded extensively. Mathematics was incredibly important to those in the trading industry, and his passion for numbers was cultivated in his youth.

Knowledge of numbers is said to have first originated in the Hindu-Arabic arithmetic system, which Fibonacci studied while growing up in North Africa. Prior to the publication of Liber abaci, the Latin-speaking world had yet to be introduced to the decimal number system. He wrote many books about geometry, commercial arithmetic and irrational numbers. He also helped in the development of the concept of zero. 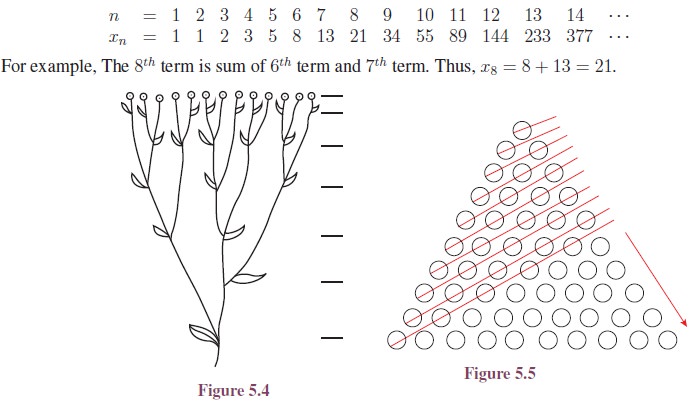 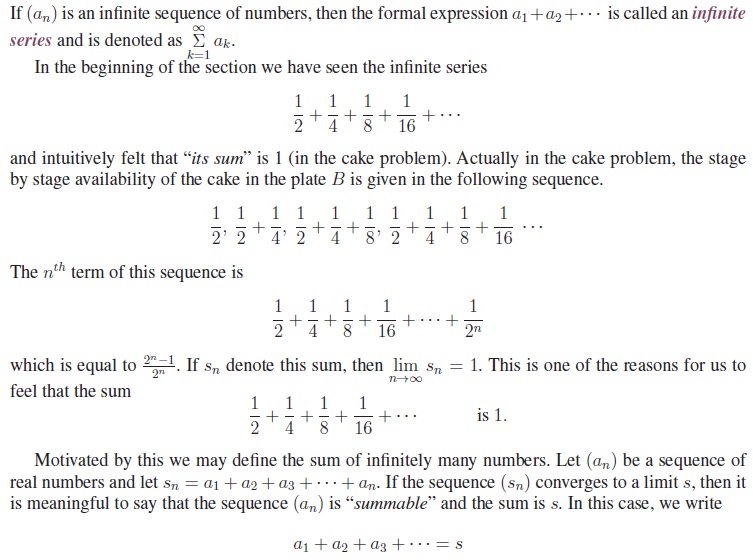 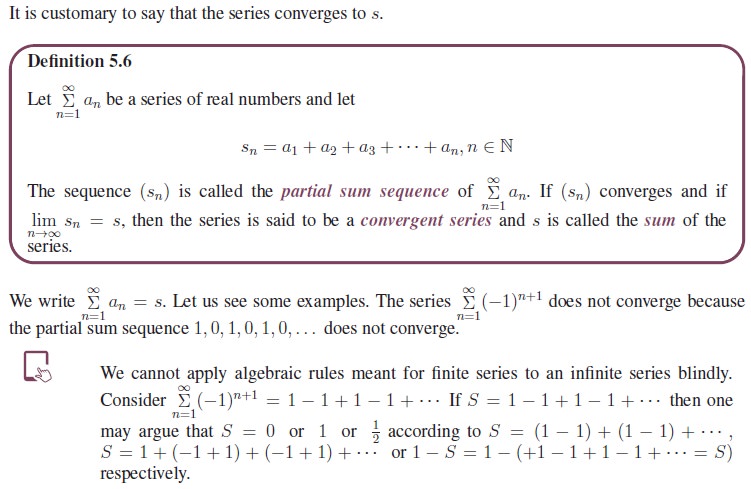 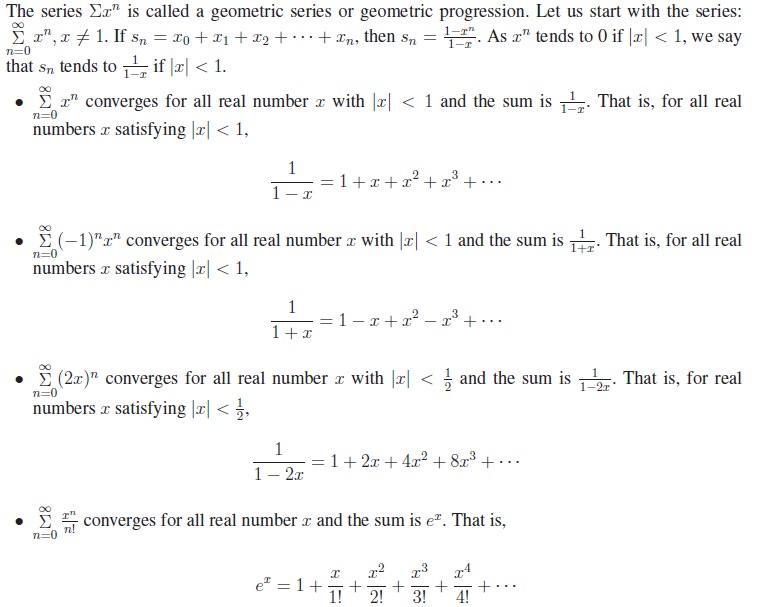 We discussed about summing terms of a finite sequence using telescopic summation technique in Section 5.5.2. The same applies for infinite series also.

In the discussion on geometric series we have seen that

As the proof involves higher mathematical concepts, let us assume the theorem without proof and see some particular cases and solve some problems. In the theorem 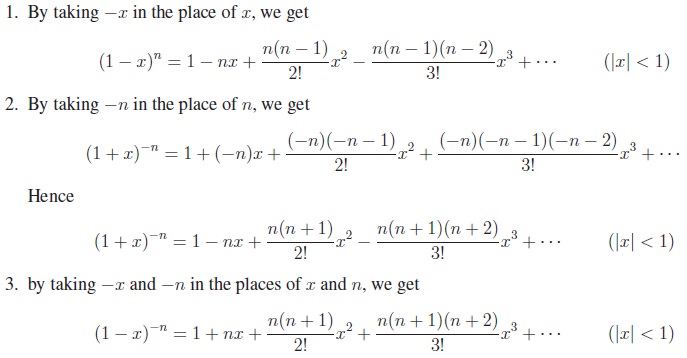 Though the theorem gives a formula to compute (1 + x)n, to solve numerical problems quickly we must remember and able to write certain expansions directly. Observation of the coefficient in each of such expansions will be very helpful in solving problems. Let us list some of them: (Try yourself!). 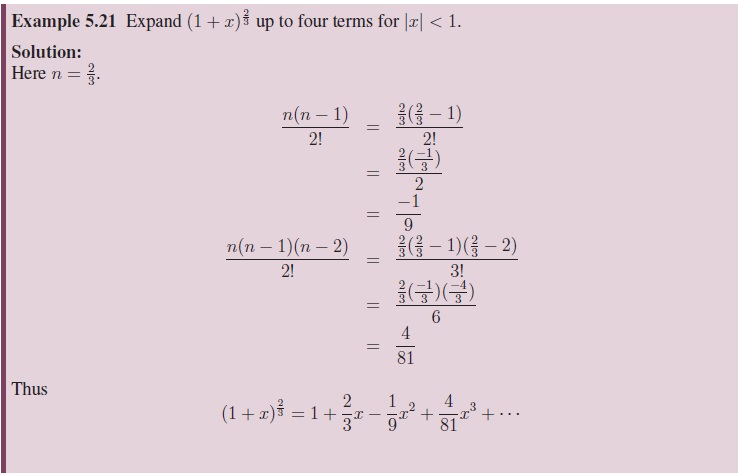 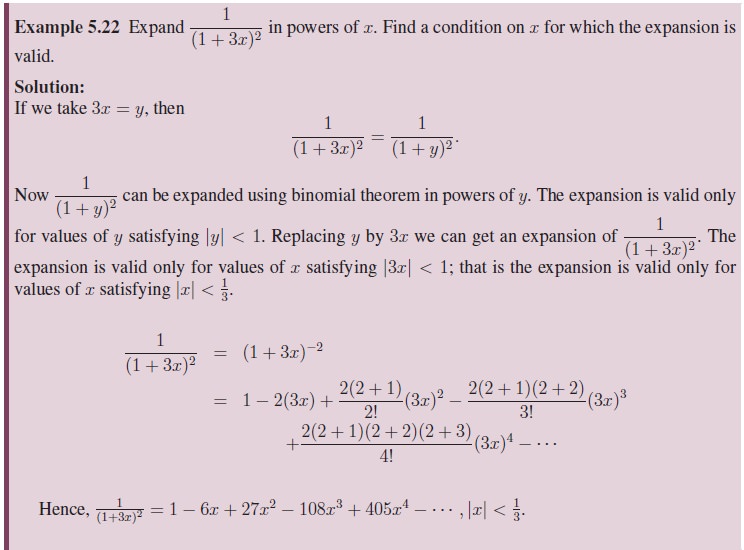 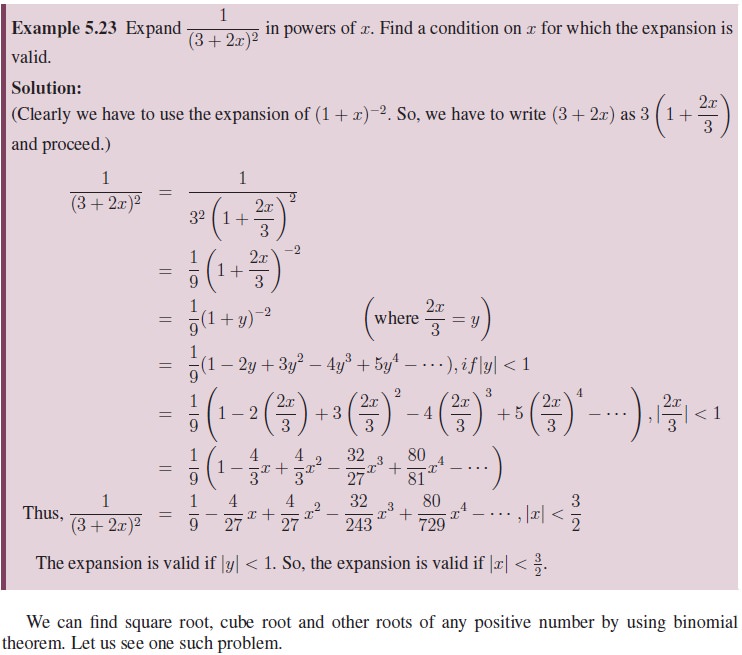 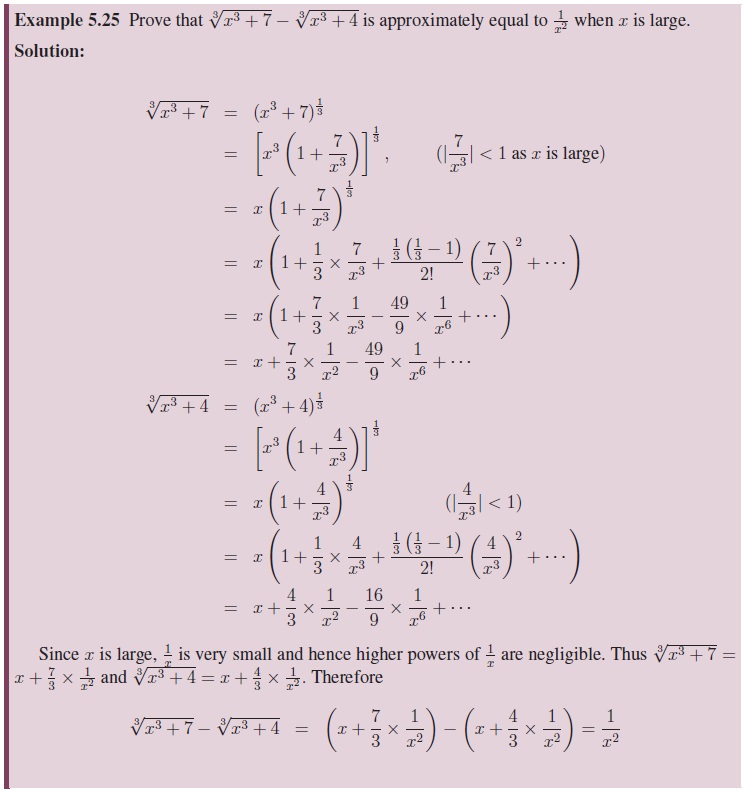 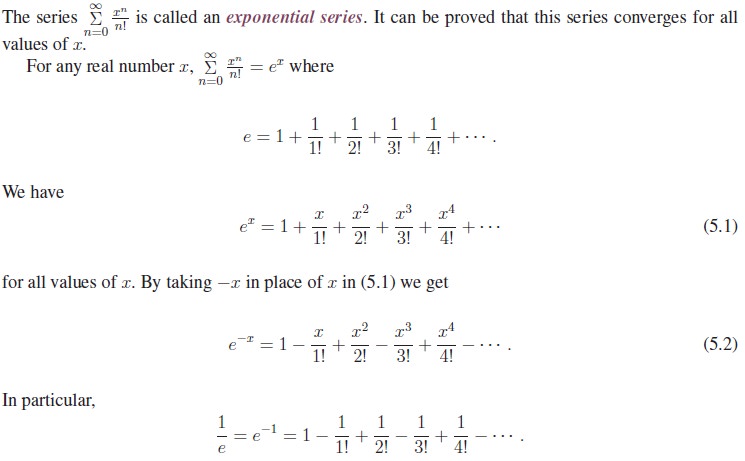 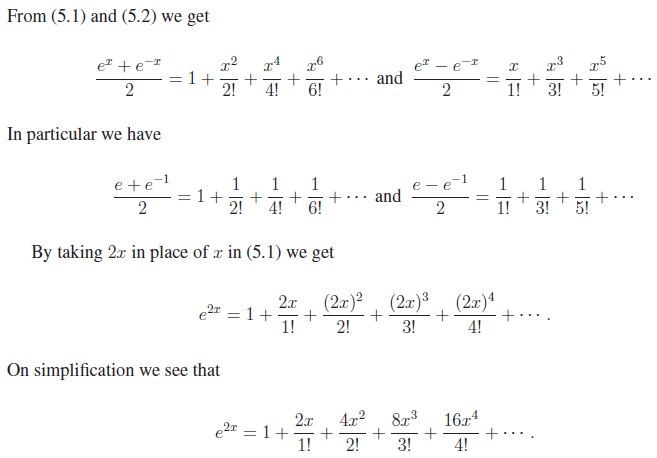 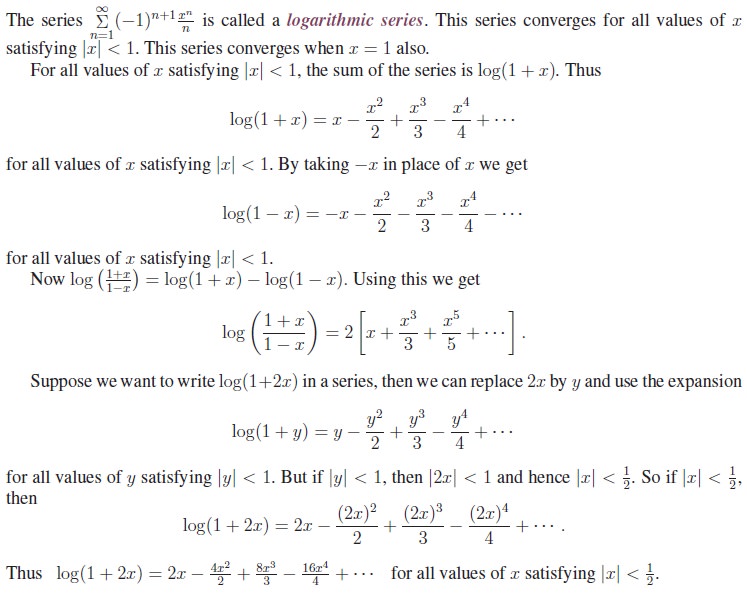 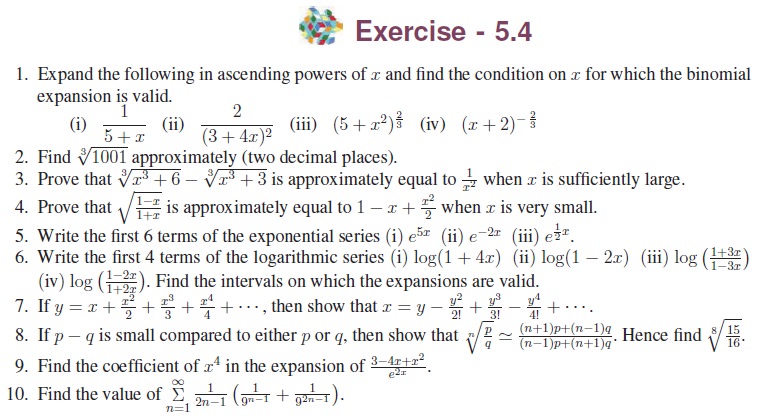