A sequence is a list of elements with a particular order. While the idea of a sequence of numbers, a1, a2, · · · , is straight forward, it is useful to think of a sequence as a function whose domain is either the set of first n natural numbers or N. Throughout this chapter, we consider only sequences of real numbers and we will refer to them as sequences. The arithmetic sequences and geometric sequences are also known as arithmetic progressions(AP) and geometric progressions (GP). Let us recall, the basic definitions of sequences and series.

·        Though every sequence is a function, a function is not necessarily a sequence.

·        Unlike sets, where elements are not repeated, the terms in a sequence may be repeated. In particular, a sequence in which all terms are same is called a constant sequence. 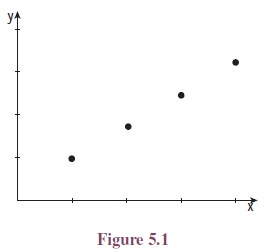 Progressions are some special cases of sequences where the terms of the sequences are either in increasing form or decreasing form.

We recall some definitions and results we discussed in earlier classes on arithmetic and geometric progressions.

It is interesting to note that the constant sequence c, c, c, . . . is an arithmetic sequence and is also a geometric sequence if c ¹ 0.

We know the concept of “average”. There are many “averages”. Arithmetic mean (AM), Geometric mean(GM) and Harmonic mean(HM) are also some averages. Let us now recall the definitions of arithmetic mean and geometric mean, where the terms need not in AP or GP. 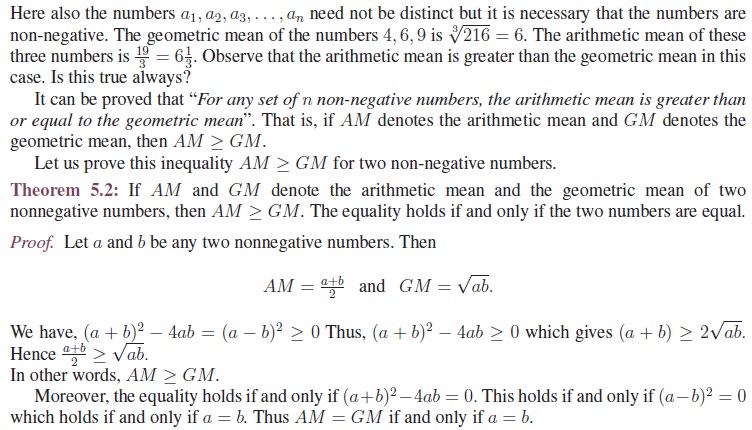 Geometrical Proof for AM ≥ GM 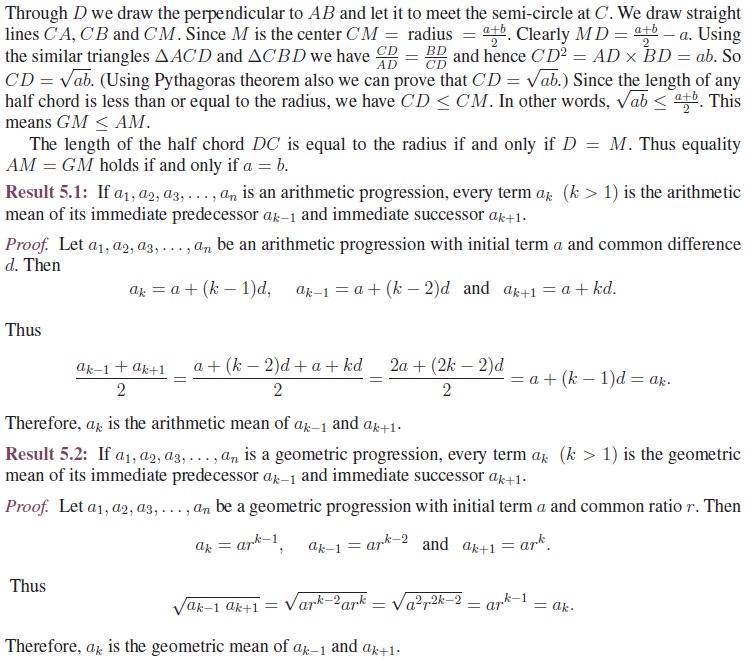 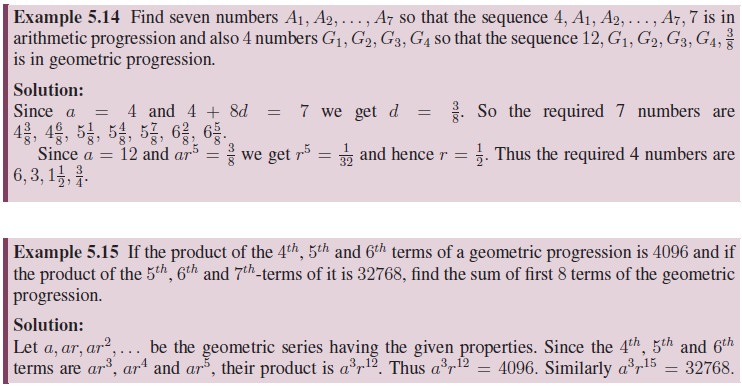 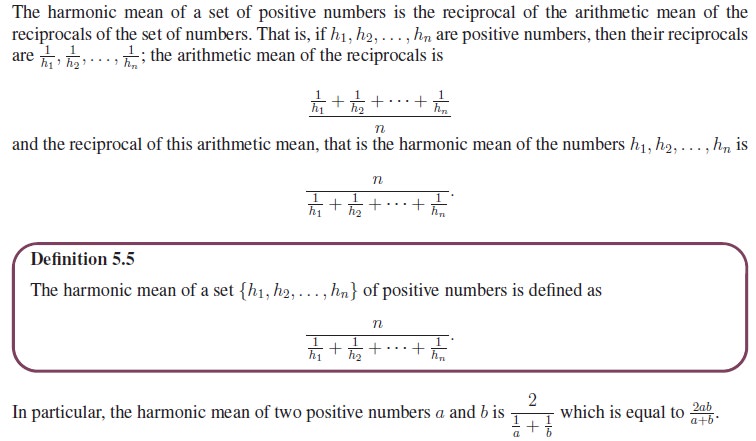 It can be proved that “For any set of n positive numbers, the geometric mean is greater than or equal to the harmonic mean”. That is, GM ≥ HM.

Theorem 5.3: If GM and HM denote the geometric mean and the harmonic mean of two non-negative numbers, then GM ≥ HM. The equality holds if and only if the two numbers are equal.

Proof. Let a and b be any two positive numbers. Then 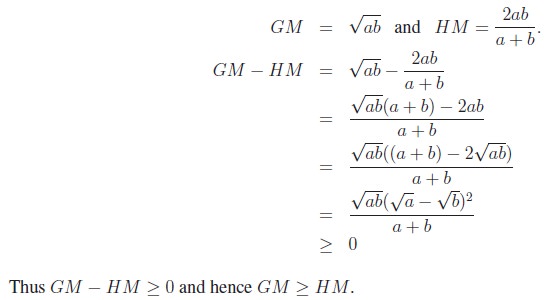 We have already proved that AM ≥ GM and now we have GM ≥ HM. Combining these two, we have an important inequality AM ≥ GM ≥ HM.

Result 5.3: For any two positive numbers, the three means AM, GM and HM are in geometric progression. 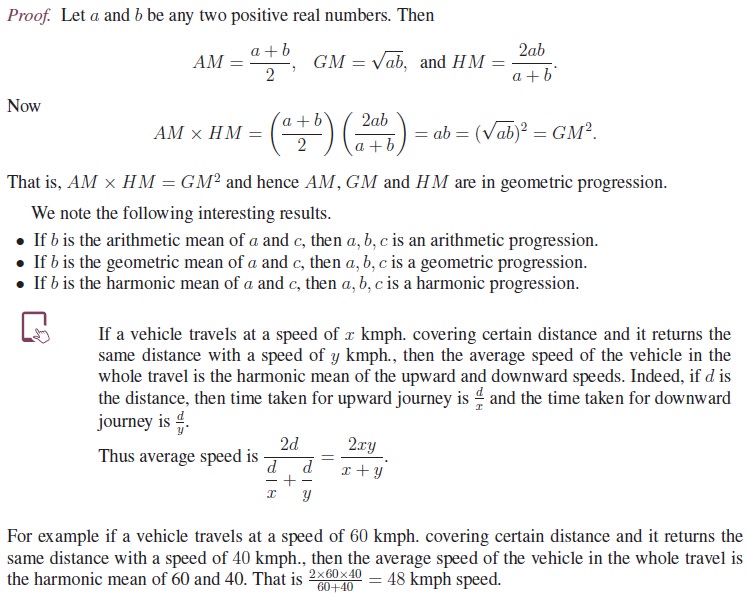