Article 15(1) of the Constitution states that the  State shall not to discriminate against any citizen on grounds only of religion, race, caste, sex, place of birth or any of them.

After 27 years in prison, South African President, Nelson Mandela, was freed in 1990 and succesfully achieved the end of apartheid in South Africa, bringing peace to a racially divided country and leading the fight for human rights around the world.

* He is popularly known as Baba Saheb.

* He was an Indian jurist, economist, politician and social reformer.

* He earned his M.A. in 1915 and then obtained a D.Sc at the London School of Economics before being awarded Ph.D by Columbia University in 1927.

* He served as the chairman of drafting committee of the constituent assembly and hence regarded as the father of Indian Constitution.

* He was posthumously awarded the Bharat Ratna in 1990.

Caste system is the most dominant reason for inequality and discrimination in India. In the beginning, the society was divided into different groups on the basis of occupation, known as Varnas.

Many people in India have fought against caste oppression. The most prominent among them was Dr. B.R. Ambedkar. He belonged to a such depressed family and suffered discrimination throughout his childhood. He fought actively for equality among the citizens of India.

Religious discrimination is unequal treatment of an individual or group based on their beliefs. Religious discrimination has been around for a long time. There have been problems between people of different religions for thousands of years. Some people are not allowed to enter in public places; especially the places of worship because they belong to another religion. Some religious people often end up in conflict with each other because of their rituals and way of life. 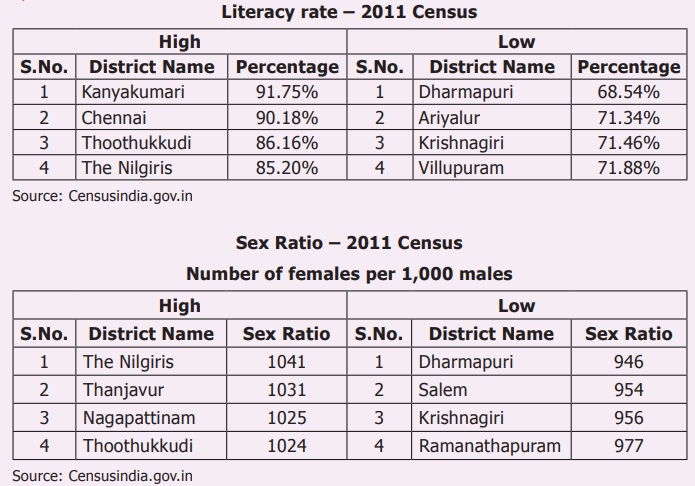 Similarly, the Districts with literacy rate are found to be with lower sex ratio.

The remedial measures for abolishing inequality and discrimination in Indian society are as follows.

2. Be aware of current gender bias.

4. Be open to learning about other religions.

5. Promoting community dining in the classroom may help the students to sit together without any bias of caste, religion or gender.

6. Socialise with people of all types outside home.

A Constitution is a set of rules and regulations guiding the administration of a country. Article 14 of the constitution of India provides equality before the law  or equal protection within the territory of India and prohibits the unreasonable discrimination between persons. 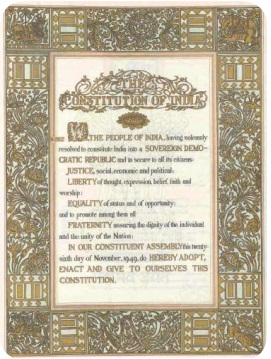 Our Constitution says ours is a land of diversity; therefore, equality has to be ensured for all. Two significant parameters to ensure equality in society are respecting diversity and ensuring freedom. The different kinds of freedom are freedom to follow their religion, speak their language, celebrate their festivals and express their views freely.

Even today, different types of discrimination are reported across the country. Women, peasants, tribes and people from lower social classes are still striving for equality in India.