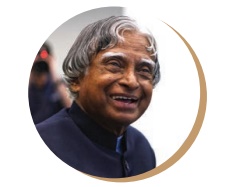 Avul Pakir Jainulabdeen Abdul Kalam was born in a Tamil Muslim family in Rameswaram. He was the 11th President of India and who is fondly remembered as People’s President.

He completed his schooling at Ramnad, graduation from St. Joseph’s College, Trichy, and went on to study aerospace engineering at the Madras Institute of Technology (MIT) a er he joined the Defence Research Development Organisation (DRDO).

Kalam’s family had become poor at his early age; he sold newspapers to supplement his family income.

He was a recipient of several prestigious awards, including the Bharat Ratna, India’s  highest civilian honour in 1997.

Kalam has written many books. Among them, very famous books are India 2020, Wings of Fire, Ignited Minds, e Luminous Sparks and Mission India.

His outstanding work earned him the title of the ‘Missile Man of India’. 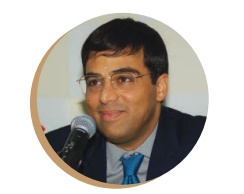 Viswanathan Anand was born in Chennai in a middle class family. His mother was a big fan of chess and taught him to play the game when he was just ve years old. She encouraged and motivated him a lot and this laid the foundation forhis future career as a chess player.

He became India’s rstgrandmaster in 1988. 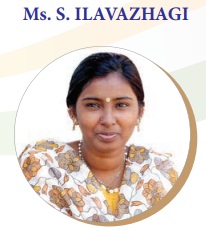 S. Ilavazhagi came from a poor family at Vyasarpadi, Chennai. His father is a daily wage-earning auto-rickshaw driver 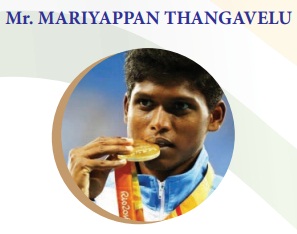 Mariyappan was born at Salem in Tamil Nadu. His mother raised her children as a single mother, carrying bricks as a labourer until becoming a vegetable seller, earning about Rs.100 per day.

He suffered permanent disability in his right leg. When he was young despite this setback, The completed secondary schooling. He says, “I didn't see myself as di erent from able-bodied kids.”

From the above examples, you will clearly understand that people from diverse backgrounds facing adverse conditions were still able to achieve greater success in their lives.