During the British Colonial period, there were about 600 administrative units as the Princely States.

During the British Colonial period, there were about 600 administrative units as the Princely States. Depending on the geographical, cultural, and religious preferences, people were given a choice to either stay back in the new country India or equally new country Pakistan. Meanwhile, there were other countries that were formed such as Bhutan. The current administrative units were formed between 1947 and 1950. Some places retained their boundaries from British India such as Mysore, Hyderabad, and Bhopal.

Amidst religious tensions, post-independence witnessed two nations, India and Pakistan. The independence of India led to the close of colonial rule and in the reorganisation of States, which were mostly based on languages, and the rest based on a geographical and cultural basis. Hence, the new nation of India was restructured and reorganised, which instituted easier governance and administration. The reorganisation of the country maintained cultural diversity, linguistic vibrancy, and glorious heritage. One of the primary concerns for the Indian government was to instil sentiments of unity and a deep sense of belonging to the country. During the national movement, Congress did take notice of the impact vernacular languages had in mobilising powerful participation towards freedom.

Immediately after independence, the same vigour had to be translated by redrawing the map of India, which was now destined for self-governance, replacing the colonial mapping, which had completely negated the local lingual, historical, and cultural dynamics of the land. The reorganisation of the States and granting self-governance to the States meant, the central government and the State government had to balance the powers. However, with the number of agitation that prevailed while restructuring the States based on language, made it clear, that the Centre was stronger than the States. Therefore, the process of nation-building was facing a new ordeal where the country was declared independent, but the States wanted a similar political consolidation based on ethnicity, geographical borders, language and more autonomy in local governance. The key leaders who paved the way for the restructuring include Jawaharlal Nehru and Sardar Vallabhai Patel. However, the pain of partition and circumstances under which the participation led to justifiable concerns for the two leaders. They did not want to divide the country any further because they had a vision a more pluralistic nation, a unified State than one that should be further divided based on any specific identity that differentiates people based on religion, language, or ethnicity. Hence, the apprehension to reorganise the States had its roots from past experiments and experiences. The former provinces and presidencies served the colonial administration, now the States had a specific cultural identity, linguistic individuality, economic viability, geographical placement, political improvement, and administrative convenience. 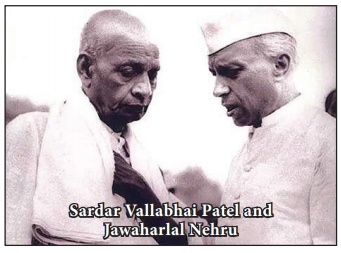 After the establishment of States, with few more pending to get independent status as a State, the political and administrative history of India is placed within the democratic representation of the States, by legalising their political autonomy constitutionally.

Following the creation of the States, distribution of resources and right to access to resources became the next priority. Some States were large, and some were small. Some States, irrespective of their size, wielded more power than the rest. Therefore, the Central government had to ensure a balance was maintained between the developed and the underdeveloped States. This was ensured through assigning impartial supply of capital, development projects, and labour opportunities. Since the size of the States differed, smaller States raised concerns that the larger States would have more control over resources thus, moderating, or even violating the access of the smaller States to access resources. The result of such sentiments, will lead to resentment, worsen the economic disparity, and assert hegemonic usurpation of resources.

Post-independence, the cultural, social, political, linguistic, and economic restructuring process was implemented for specific political reasons. Restructuring could not be done with the language being the only criterion, because it stood in the way of national integration. It gave certain languages more privilege over the others, which did not go well with States whose linguistic population was lesser than other dominant languages. Therefore, structuring of States based on languages sparked a debate between national identity and linguistic-cultural identity. Some such communities include Bodos in Assam and the Coorgis in Karnataka. Even if two neighbouring States, spoke the same language, it still caused unrest concerning the assertion of national identity owing to caste, ethnic, and religious differences. Nevertheless, in 1950, 12 languages were recognised but later 22 languages were acknowledged, which shows the growing demand among linguistic -cultural communities aspiring for political identity.

Prior to independence, the land was divided into Provinces, Princely States, and Presidencies. Once States were declared, the borders had to be negotiated especially between States such as Karnataka and Maharashtra, Maharashtra and Gujarat, Haryana and Punjab, Odisha and West Bengal, and between Andhra Pradesh and parts of Madras Presidency.

Apart from the other differences, the dominant linguistic communities asserted their specific regional and cultural forms of power and identity. These very specific cultural and linguistic identities received patronage from the State. Here again, the State had to accommodate the cultural-linguistic minorities who spoke languages other than the language of the dominant population.

As expected, the dominant population started to assert their power over the minorities, by imposing the language of the dominant linguistic population in administration, education, employment judiciary, and economy. TO tackle the cultural autonomy, development issues, and regional inequalities. States had to strategise a standard agenda that ensured overall development of all linguistic communities. In spite of the efforts by the government to ensure uniformity, two cultures emerged, the elite and the mass.

The regional parties across States started to emerge because of region-based identity movements and loyalty towards one’s own region. Most of the political parties were capitalised on the local bases of power. The economic inequality and regional disparities slowed down the development pace and in some cases stalled progress. When regional political parties began to emerge, it meant more challenge for the Centre because the problems at the grassroots were not the same throughout the country.

The Parliament in recent context can form a new State by removing a particular locality from any State. Therefore, a single State has the potential to be multiple States. At the same time, the Parliament has the power to increase or reduce the land to be allotted for a particular State. Other powers include changing the boundary and even the name of the State. However, for all these changes to be implemented, a bill will be drafted and referred by the President to the legislature of the State that is in question. The legislature of the State will is granted a certain period to express their views of the State government and then a resolution will be presented before the assembly.

T- Charts are a type of graphic organizer in which a student lists and examines two facets of a topic, like the ‘pros’ and ‘cons’ associated with it, its advantages and disadvantages, facts vs. opinions, etc. 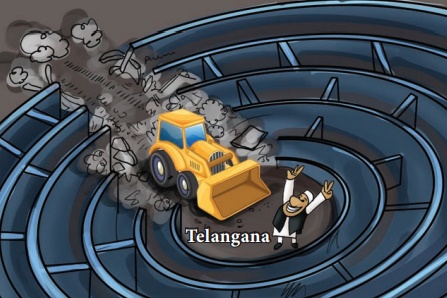 Topic : Andhra Pradesh was formally bifurcated by an Act of Parliament on June Telangana 2,2014. The event marked the end of the decades-old movement demandinga separate state.

Evaluating the pros and cons of bifurcation of Telangana

Topic : After Right to Information and Right to Education, do you think that the time has come for a Right to Healthcare legislation given the poor state of public healthcare infrastructure in our country?

Setting up a Political Party

Organise groups and ask them to set up political parties that adhere to the rules of the Indian Constitution. Explore the procedure from setting up a party, registering it with the election commission, to contesting in the elections.