In the year 1802, Lord Wellesley created the Madras Presidency. 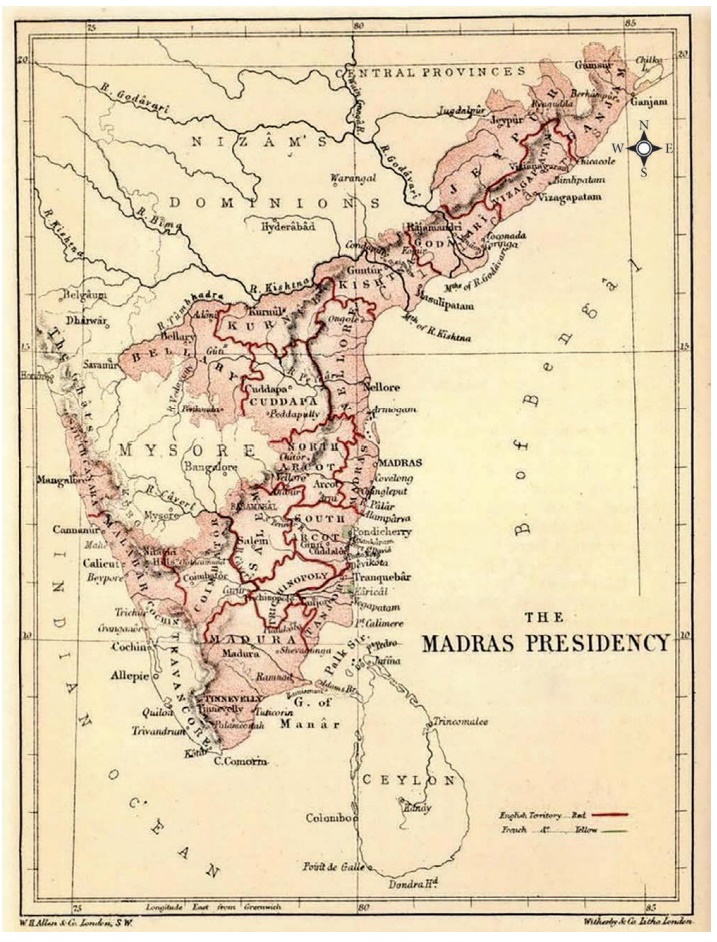 In the year 1802, Lord Wellesley created the Madras Presidency. Until the second half of the 18th century, the different small Kingdoms ruled South India. The British conquest of South India led to the integration of different Kingdoms into one. This Madras Presidency was an administrative subdivision of British India. This administrative subdivision included the present day Tamil Nadu, Andhra Pradesh, some parts of Odisha, Kerala, Karnataka and the Lakshadweep. After the Independence Madras Presidency became the Madras State. Then due to the linguistically based reorganisation of Indian States on November 1, 1956, the new separate State for Tamils was created that was formerly known as the Madras State. Later the name of Madras State was renamed as Tamil Nadu after the great political struggle of Tamil people.

The Emergence of Linguistic Nationalism

In the early 20th century along with the national consciousness, the linguistic regional consciousness also emerged in the different parts of India due to the influence of the vernacular press and regional political associations. The ‘Indian Nation’ imagined by the Indian National Congress, a leading body of Nationalist movement contained several problems. One of the problems was it gave the honoured position of national language to Hindi. This created the way for the emergence of Tamil linguistic sub-nationalism in the second decade of the 20th century. It witnessed the emergence of the non-Brahmin movement as a complex issue that included caste conflict, linguistic nationalism and class struggle. T. Madhavan, Tyagaraja, and other non-Brahmin leaders formed the South Indian Liberal Federation. 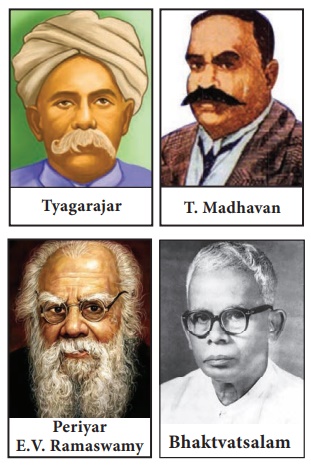 Later it was popularly known as the ‘Justice Party’. Justice Party was had contested in the provincial elections of Madras at 1920, and it emerged victoriously and formed the government. From 1920 to 1937, it formed four out of the five ministries. Finally, it lost to Congress in the 1937 election, it never recovered. Later emerged the leadership of Periyar E.V. Ramaswamy and his ‘Self-respect Movement’. These movements created great influence in the Tamil people’s cultural and political life. The consciousness of Tamil nationalism emerged in South India due to the impact of these movements.

The Idea of Dravida Nadu

Indian National Congress strengthened its organisation in Tamil country through the Civil- Disobedience Movement. In 1937, Congress won the Madras legislative assembly election and Rajaji became the Chief Minister. After that he prioritised and implemented two public policies, first one was abolishing untouchability and the second one was adopting Hindi as the National language. Rajaji announcement that Hindi should be a compulsory subject in schools was perceived as an insult to the non-Brahmins pride as Dravidians/Tamilians. EVR Periyar and other Self-respect Movement members organised marches and massive anti- Hindi conferences. (Shiga Miwako and Karashima Noboru, Ed. 2014) Tamil scholars like Maraimalai Adigal, Tiru.Vi.Kalyanasundaram and others convened a lot of public meetings and created awareness among the people about the imposition of Hindi. EVR Periyar extended his wholehearted support to this agitation. He raised even a slogan, ‘Tamil Nadu Tamilarukke’ (Tamil State for Tamils). He organised the Dravida Nadu Conference in 1939 and demanded the separate Independent ‘Dravida Nadu’. 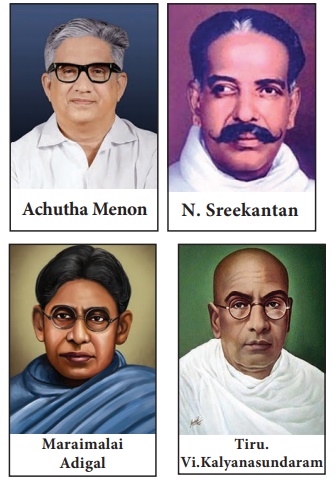 A consequence of this protests was the demand for the separated state for the non-Brahmin people, which also included the Tamils, Telugus, Kannadigas and Malayalees. In 1944, E.V. Ramasamy reorganised the Justice Party into Dravidar Kazhagam in the Salem conference in order to streamline the voice of the Tamils upon the social cause and for the upliftment of the Tamils. Periyar’s Salem Conference was noted for its militancy and mass arousing spirit. Now, the object of the Dravidar Kazhagam was to proclaim a sovereign independent Dravidian Republic, which would be federal in nature with four units corresponding to the linguistic divisions, each having residuary powers and autonomy of internal administration. However, the struggle for Dravida Nadu could not get the support outside the Tamil speaking territory

The Idea of the State of Dakshina Pradesh

Rajaji initiated the creation of a new concept of political state in South India. This initiation was to counter the Dravida movement. Dakshina Pradesh means the amalgamation of Tamil Nadu and Kerala. He spread his ideology through his followers like C.Subramaniam, Bhaktvatsalam, and some others. Rajaji’s political idea was vehemently opposed by most of the political parties of South India. Sreekantan of the Revolutionary Socialist Party, Achutha Menon of Cochin Communist Party and A.K.Gopalan leader of the Travancore Communist Party strongly opposed the idea of the State of Dakshina Pradesh. E.V. Ramasamy wrote an editorial column in the press, Viduthalai and requested all Tamils to send telegrams against the formation of Dakshina Pradesh to the Chief Minister of Madras Government. Meanwhile, the people of Karnataka also opposed the concept of Rajaji, particularly Sardar Sarana Gowda of Karnataka People’s Party. However, Rajaji and his supporters once again raised the concept of Dakshina Pradesh at Amritsar Congress Conference in 1956. There, K.Kamaraj, Chief Minister of Madras State reflected people’s resistance and stood against Dakshina Pradesh. He opposed the Dakshina Pradesh concept in all the public meetings and it had aroused a great spirit among the Tamils, who were ready to fight against the concept of Dakshina Pradesh. 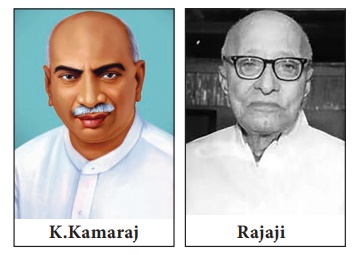 The demand of States on linguistic basis was developed even before the independence of India under British rule. After independence, the first ten years of nation-building between 1947 and 1956 saw the issue play a decisive role again and prompted the formation of two major policy directions: one was the official language policy and other the reorganisation of States, that is, federal restructuring. The reorganisation of the States on the basis of language, a major aspect of national consolidation and integration, came to the force almost immediately after independence.

The boundaries of provinces in pre-1947 India had been drawn in a haphazard manner as the British conquest of India had proceeded for nearly a hundred years. NO heed was paid to linguistic or cultural cohesion so most of the provinces were multilingual and multi-cultural. The case for linguistic States as administrative units was very strong. Language is closely related to culture and therefore to the customs of people. Besides, the massive spread of education and the growth of mass literacy can occur through the medium of the mother tongue. Democracy can become real to the common people only when there is politics and administration or judicial activity unless a state is formed on the basis of such a predominant language.

The formation of Tamil Nadu, based mainly on political trends and conceived after the linguistic status reorganisation, emerged as an offshoot of the freedom struggle of India. The trends and development in the socio-political scene of Madras- based on the Linguistic Movement. The States Reorganisation Commission submitted the final report in 1955. It recommended the creation of the States of Madras, Mysore, and Kerala. According to States Reorganisation Commission, the new Madras State came into existence on 1st November 1956. The States Reorganisation Act, 1956 was a major reform of the boundaries of India’s States and territories, organising them along linguistic lines. The State Reorganisation Commission recommended on the basis of the percentage of the people speaking Tamil, in the four taluks namely Agasteeswaram, Thovalai, Kalkulam, and Vilavancode to Tamil Nadu from the State of Travancore. The same yardstick was applied for the transfer of Shenkotta taluk to Tamil Nadu. However, while dealing with Devikulam and Peermedu (Idukki), even though the majority was Tamil speaking people and the representatives to the State assembly were Tamils the Commission used a different yardstick and recommended to retain in Travancore – Cochin State due to geographical reasons. For the first time in history Tamil Nadu has been created as a distinct linguistic State. 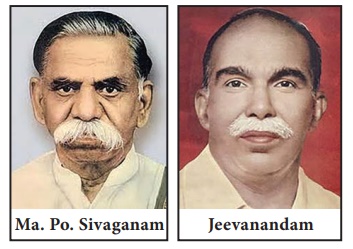 After the attainment of a separate State for Tamils, they were not fully satisfied since they wanted to change the name of the State from Madras to Tamil Nadu. The struggle for the renaming of Madras State into Tamil Nadu continued for more than a decade. The States Reorganisation Commission had not recommended for the adoption of the name Tamil Nadu for the reorganised Madras State. Ma.Po. Si, tireless efforts an all-party conference was convened on 27th January 1956 which called for a general hartal on 20th Feb 1956. A number of protests and agitation took place in Madras State. Sankaralinganar, a freedom fighter and one of the disciples of Gandhi who belonged to Virudhunager demanded to rename Madras State as Tamil Nadu. He observed fast unto his death from 27 July 1956 to his last breath on 13th October 1956. The death of Sankaralinganar created a mass struggle in Madras State. College students, labourers, women, and different organisations openly participated in the movements. Later this affected the politics of Madras State. Owing to the influence of these movements, Congress lost its popularity among the people. Finally, it reflected in the 1967 general election, when Congress was totally swept away from Tamil Nadu and Dravida Munnetra Kazhagam (DMK) captured political power. DMK renamed the Madras State as ‘Tamil Nadu’. 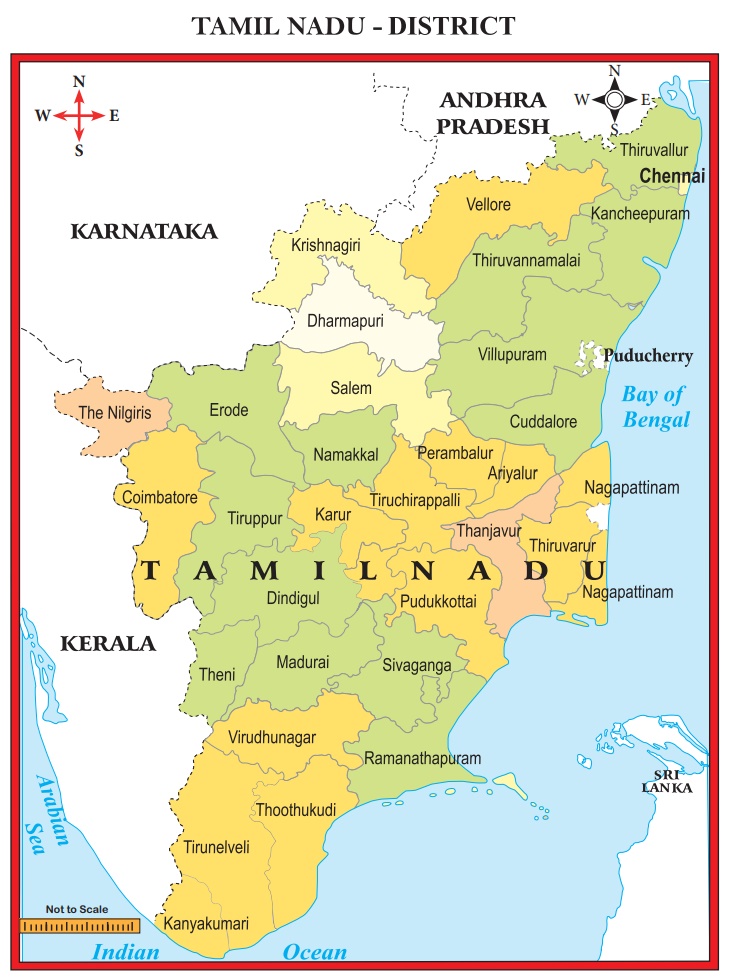 The new Indian nation evolved during the post-mutiny colonial period, through the national movement, was inspired by past experiences, and emerging ideas of democracy, liberalism and federalism. The age of monarchies were gone forever, the era of religious states too were gone. In an age of liberal democracy, peoples’ will, rights and their linguistic, cultural identities, and their economic development have to be the basis of nation building. The great nation builders of modern times like Mahatma Gandhi and Jawaharlal Nehru were against religious or cultural nationalism (Hindu Nationalism, Muslim Nationalism or Two-Nation Theory. They acknowledged the plural base of emerging new India, hence advocated a democratic liberal and federal India. However, many thinkers have pointed out that the constitution of our New India through called India a union of states did not provide adequate financial and political powers for the constituent states. Over centralization along with insistence on a single national-official language (i.e.Hindi) replacing English would erode into the cultural and linguistic identity of the constituent regions. Jawaharlal Nehru could see the perils involved in replacing English with Hindi, hence gave an assurance on the continuance of English as long as the non-Hindi people desired the same.

Trace the various movements in different cities within Tamil Nadu during the formation of the State. What were the different rallies and protests other than the ones mentioned in the text organised across Tamil Nadu?