It is an aerial view of the Huacachina oasis in Ica, Peru, 300 km south of Lima.

Look at the front image of an oasis. It is an aerial view of the Huacachina oasis in Ica, Peru, 300 km south of Lima. The settlement is home to 96 residents, who live around the lake. 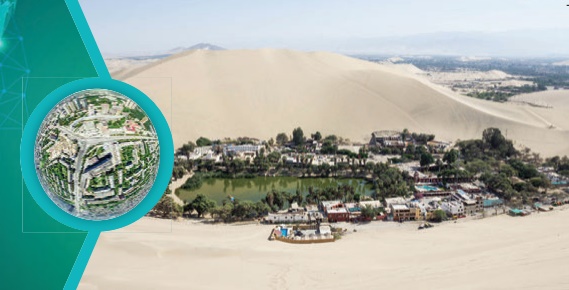 Now let us discuss on

b)       How do people live in an oasis identify the direction at night?

c)        What are the comforts and discomforts the people of Oasis experience?

In simpler term we can define settlement as any form of human habitation which ranges from a single dwelling to a large city.

A human settlement is defined as a place inhabited more or less permanently. It includes building in which they live or use and the streets through which they travel. It also includes the temporary camps of the hunters and herders. It may consist of only a few dwelling units called hamlets or big cluster of building called urban cities.