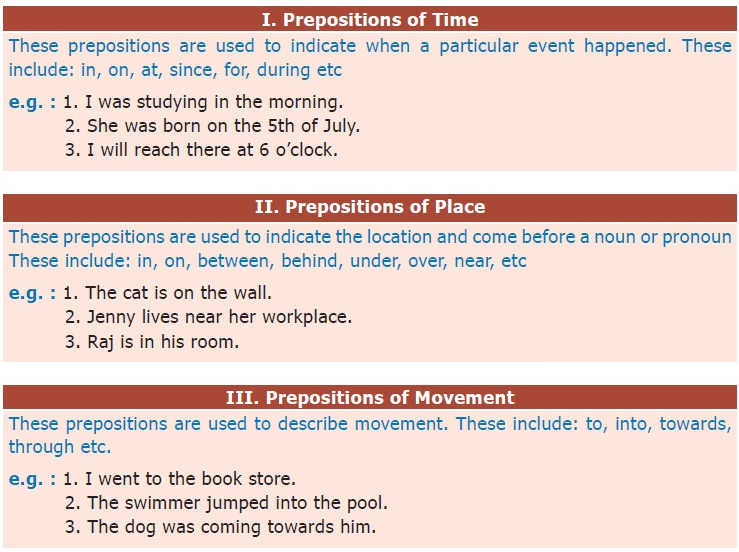 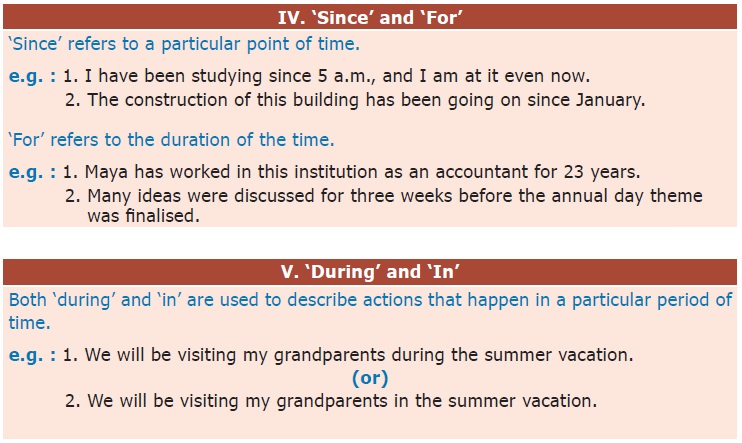 D. Choose the most appropriate preposition from the brackets.

E. Identify the prepositions in the given sentences and underline them.

2.     When I moved back to the city, things had changed considerably.

3.     The burglar found the keys under the pot in the balcony.

4.     Prabhu was hiding behind the door when his sister came looking for him.

F. Complete the passage by filling in appropriate prepositions from the list- (with, out, to, in, from, during, of, for, by). Some prepositions may be used more than once. 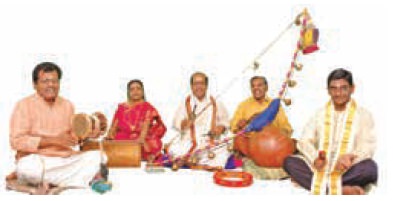 G. Some verbs are usually followed by prepositions before the object of the verb.

H. Frame sentences using the prepositional phrases given in the box.

Fairs and festivals form an integral part of the culture of Tamil Nadu. They are an excellent platform to promote and preserve the vibrant art and culture of the Tamils.

I. Given below is a picture of a carnival. Complete the factual description by filling in the blanks with appropriate prepositions. 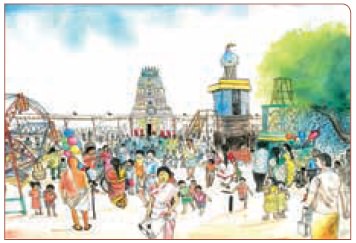 A thiruvizha is a source of excitement and thrill for villagers. The village thoroughfare wears a festive look, as the open spaces are cleaned, spruced up and decorated (a) ________ colourful streamers.

You can hear the shrieks (k)________happy children enjoying the rides on ferris wheels and carousels, elders looking (l)_________ each other with smiles on their faces.

The entire day is spent (m) _______fun and gaiety. All the village people irrespective of their age, look forward (n)_________the thiruvizha every year.

A clause is a group of words that contains both a subject and a predicate (or a verb). There are two types of clauses. They are independent clause and dependent clause.

Examples of independent and dependent Clauses

·        Telegram-plane Karagattam is a popular folk dance which is performed during village festivals.

·        Telegram-plane The pots are decorated with a cone that has flowers in it.

·        Telegram-plane Skilled puppeteers manipulate the puppets that they pull.

·        Telegram-plane The whole village celebrates when there is a thiruvizha.

J. Identify the dependent clauses or phrases in the following sentences and underline them.

2.     It isn’t necessary to cram all night if you have studied a little each day.

a) In spite of

c) In spite on

c) In case with

a) in behalf of

b) on behalf of

a) by means of

c) by means to

You stayed with your grandparents at your native village during Pongal. You had an unforgettable time with them. You visited the village fair and enjoyed the simple pleasures of life like bathing in the river, strolling in the fields, eating food cooked in earthen utensils over firewood, sleeping on a cot on the terrace under the star-lit sky, visiting temple fairs and watching Karagattam presentation.

L.Write a letter to your friend, describing the joy of celebrating festivals in a village.

M. Your class has to stage a Puppet Show in the Assembly Open Forum on the topic ‘Child Labour’. Divide yourselves into groups and discuss the requirements for the presentation like storyline, characters, dialogues, choice of puppets and music for the interlude. Now complete the dialogues given below.

Let us present a Puppet Show on CHILD LABOUR for our Assembly Open Forum.

That is a very good idea! Let us start planning right away.

I suggest we begin with the storyline first.

We can have around five characters.

We can focus on the problems of poverty and illiteracy as the major reasons for child labour.

I am good at making stick puppets. I will make them myself. But I require some help.

Thank you, Mani. Let us stay back after the meeting and discuss.

I think we should have some music for the interlude.

That would make it really interesting. I will get my music group to start working on the tunes for our puppet show.

Now you are ready to start writing your script for Bommalattam on ‘Child Labour’.

·        Write a rough draft of the puppet play script (sound effects, timings/ pauses, what the characters may be doing when not talking , direction for props etc.)

·        Edit and revise your rough draft. Make sure that the story is lucidly conveyed and feels like natural conversation to the listeners.

·        When your puppet play is ready, pick puppets of your choice and start practising.