India followed the example of the USSR in planning for development through five year plans.

India followed the example of the USSR in planning for development through five year plans. The Planning Commission was set up in 1950 to formulate plans for developing the economy. Each Plan assessed the performance of the economy and the resources available for future development. Targets were set in accordance with the priorities of the government. Resources were allocated to various sectors, like agriculture, industry, power, social sectors and technology, and a growth target was also set for the economy as a whole. One of the primary objectives of planning was to build a self-sufficient economy.

The First Five Year Plan covered the period 1951–56. Till now there have been twelve Five Year Plans in addition to three one year plans between 1966 and 1969.

The proposed outlays for a Plan take both private and public sector outlays into account. The total outlay proposed for the First Plan was ₹ 3870 crores. By the Eleventh Plan, it had crossed ₹ 36.44 lakh crores, which is an indication of the extent to which the Indian economy had grown in less than sixty years. Between the Second and Sixth Plans, public sector accounted for 60 to 70% of the total plan outlay. But since then, the share of the public sector gradually came down, and private sector began to dominate in total plan outlay.

The First Plan (1951–56) focused on developing agriculture, especially increasing agricultural production. The allocation for Agriculture and Irrigation accounted for 31% of the total outlay. After this, the emphasis shifted to industry, and the share of agriculture in total outlay hovered between 20 and 24%. By the Eleventh Plan it had come down to less than 20%. The Second Plan (1956–61), commonly referred to as the Mahalanobis Plan, stressed the development of heavy industry for achieving economic growth. The share of industry in Plan outlay was only 6% in the First Plan, and increased to about 24% after the Second Plan. But the share has been declining since the Sixth Plan, perhaps because the major investments in the public sector had been completed. The allocation for power development was very low in the first four plans and this created a huge shortage of power in the country. 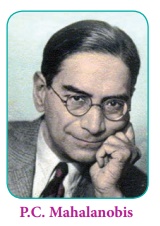 The first two Plans had set fairly modest targets of growth at about 4%, which economists described as the “Hindu rate of growth”. These growth rates were achieved so that the first two Plans were considered to have been successful. The targets in subsequent plans were not achieved due to a variety of factors. From the Fourth Plan (1969–74) the emphasis was on poverty alleviation, so that social objectives were introduced into the planning exercise. The targeted growth rates were reached from the Sixth Plan onwards.

The economy was liberalised during the Eighth Five Year Plan (1992–97) . Since then, the growth rates have been in excess of 7% (except for a slowdown in the Ninth Plan).There has been considerable emphasis on growth with justice, and inclusive and sustainable growth.

There are positive and negative assessments of the performance of planning in India.

1. The expansion of the economy

2. The significant growth in national and per capita income