Education and health constitute the social sectors, and the status of education and health indicators are yardsticks for assessing the level of social development in a country. Literacy levels have increased in India from 18.3% in 1951 to 74% in 2011. Female literacy still lags behind the male literacy rate at 65% as compared to 82% among men. There has been a great increase in the number of schools from the primary to senior high school level and in the growth of institutions of higher learning. In 2014 - 15 there were 12.72 lakh primary and upper primary schools, 2.45 lakh secondary and higher secondary schools, 38,498 colleges and 43 Central Universities, 316 State Universities, 122 Deemed Universities and 181 State Private Universities in the country.

Children dropping out of school mostly belonged to the poorer families in rural and urban areas. The drop-out rate is particularly high among girl children. There are great inter-regional variations in the drop-out and enrolment rates, so that backward states and regions have the poorest record on school education. Various initiatives are being taken by the government to such as Sarva Shiksha Abhiyan (SSA), Rashtriya Madhyamik Shiksha Abhiyan (RMSA) and the recently integrated scheme of Samagra Shiksha Abhiyan to redress the issue of dropouts.

(b) Science and Technology

India has made great strides in developing institutions of scientific research and technology. The only science research institute in India before Independence was the Indian Institute of Science (IISc) established in 1909 in Bangalore with funding from J.R.D. Tata and the Maharaja of Mysore. 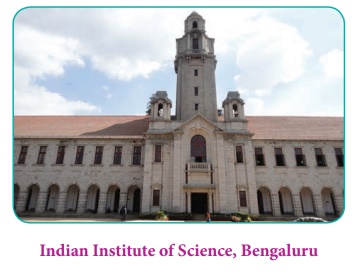 The Tata Institute of Fundamental Research (TIFR) was set up in 1945 on the initiative of Homi J. Bhabha, with some funding from the Tatas. It was intended to promote research in mathematics and pure sciences. The National Chemical Laboratory, Pune and the National Physics Laboratory, New Delhi were the first institutes set up in India around the time of Independence. Since then there has been a steady increase in the number of institutes doing research in pure sciences, ranging from astrophysics, geology/ geo-physics, cellular and molecular biology, mathematical sciences and so on.

The Council of Scientific and Industrial Research (CSIR) is the umbrella organisation under which most of the scientific research institutions function. The CSIR also advances research in applied fields like machinery, drugs, planes etc.

Agriculture is another area where there has been a significant expansion of research and development. The Indian Council of Agricultural Research (ICAR) is the coordinating agency for the research done not only in basic agriculture, but also associated activities like fishery, forests, dairy, plant genetics, bio-technology, varieties of crops like rice, potato, tubers, fruits and pest control. Agricultural universities are also actively engaged in teaching and research on agricultural practices. There are 67 agricultural universities in India, and 3 in Tamil Nadu. 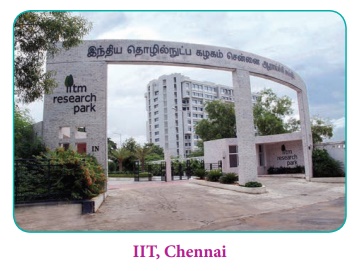 In spite of advances, the general perception is that science research in India still has a long way to go to catch up with the more developed countries and China. The research output in theoretical fields is rather disappointing and scanty in spite of the number of research institutions in the country.