The following is an outline of current file formats used for the production and delivery of multimedia data.

The following is an outline of current file formats used for the production and delivery of multimedia data.

Rich Text Format is the primary file format introduced in 1987 by Microsoft with the specification of their published products and for cross-platform documents interchange.

Plain text files can be opened, read, and edited with most text editors. commonly used are Notepad (Windows), Gedit or nano (Unix, Linux), TextEdit (Mac OS X) and so on. Plain text is the original and popular way of conveying an e-mail.

This format is common in desktop publishing world (high quality output), and is supported by almost all software packages. Recent versions of TIFF allows image compression, and the format is comfortable for moving large files between computers.

Initially this format is in use with Windows 3.1. It is quite large and uncompressed and hence BMP is used for the high-resolution or large images.

A device independent bitmap contains a colour table. The colour describes how pixel values corresponds to RGB colour values, which describes colors that are produced by emitting light.

GIF is a compressed image format. Most of the computer color images and backgrounds are GIF files. This file format is best suitable for graphics that uses only limited colors, and it is the most popular format used for online color photos. 13-bit Color look up table is used by the GIF format to identify its color values. This format is supported widely.

JPEG is a commonly used method of lossy compression for digital images. The degree of compression can be adjusted and it works good with photographs, naturalistic artwork, and similar material but functions less on lettering, live drawings or simple cartoons.

It is the first popular format for high-resolution images. TGA files are common in animation video industry.

An extensible file format for the less loss, portable and well compressed storage of raster images. PNG acts as replacement for GIF and also replaces multiple common uses of TIFF. PNG works good with online viewing applications like worldwide web. so it is fully streameable with a best display option. 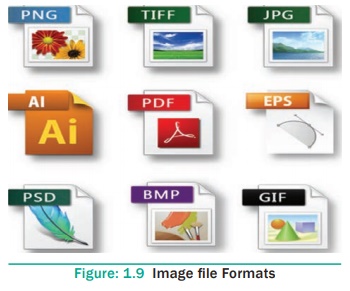 It is the most popular audio file format in windows for storing uncompressed sound files. In order to attain the reduced file size it can also be converted to other file formats like MP3.

MPEG Layer-3 format is the most popular format for storing and downloading music. The MP3 files are roughly compressed to one-tenth the size of an equivalent WAV file.

A free, open source container format that is designed for obtaining better streaming and evolving at high end quality digital multimedia. It can be compared to MP3 files in terms of quality.

It is an audio file format developed by Apple Inc. used for storing sound data for personal computers and other electronic audio devices.

Real Audio format is designed for streaming audio over the Internet. The digital audio resources are usually stored as a computer file in computer’s hard drive or CD/DVD. Besides the variety of audio file formats available, the most common formats are wave files (.WAV) and MPEG Layer-3 files (.MP3), WMA and RA. 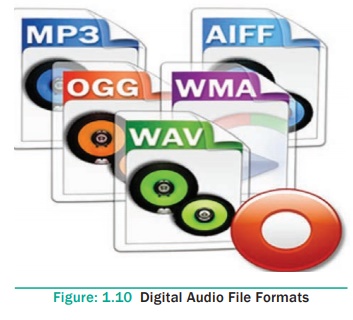 AVI is the video file format for Windows. Here sound and picture elements are stored in alternate interleaved chunks in the file. 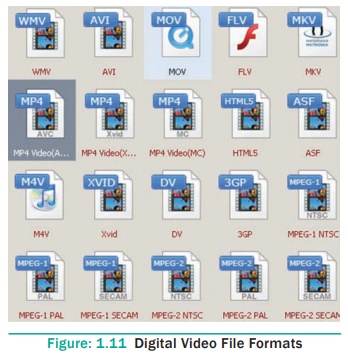