b. Solution of reactants

We experience many events in our daily life like burning of matchstick on rubbing and iron materials turning into reddish brown. Why and how these changes happen?

* When dry wood comes into contact with fire, it burns with the help of oxygen to form carbon dioxide, which is given out as smoke.

* When a matchstick is rubbed on the sides of a matchbox, a chemical reaction takes place to form heat, light and smoke. 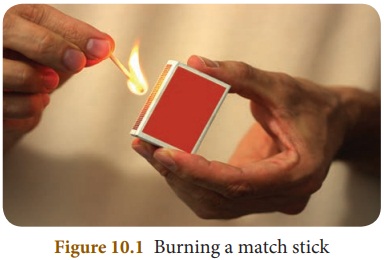 The head of a matchstick contains potassium chlorate and antimony trisulphide. The sides of the matchbox contain red phosphorous.

From the above reactions, we can conclude that certain chemical reactions take place only when the reactants are brought in contact with each other in their physical states.

b. Solution of reactants

When milk is mixed with coffee decoction the colour of the milk and the decoction changes due to chemical reaction. Similarly, when we mix two substances (reactants) in solution form, a chemical reaction takes place between them to form new substances (products). For example, take small amount of solid silver nitrate and sodium chloride in a test tube. Do you observe any change? No, because the reactants in solid state have no recation. Now, you dissolve the same reactants in water in a separate test tubes and mix both the solutions. What do you observe? Silver nitrate solution reacts with sodium chloride solution to form a white precipitate of silver chloride and sodium nitrate solution. From the above reaction, we infer that some chemical reactions proceed only in solution form not in solid form.

Electricity is essential for our living. We use electricity for cooking, lighting, grinding, watching television etc. Do you know electricity can be used to carry out chemical reactions also? Many chemical reactions which take place with the help of electricity are industrially very important. As you know, water is made of hydrogen and oxygen molecules. When electricity is passed through water which contains small amounts of sulphuric acid, hydrogen and oxygen gases are liberated. Similarly, a concentrated solution of sodium chloride called brine is electrolysed to produce chlorine and hydrogen gases along with sodium hydroxide. This is an important reaction to produce chlorine industrially.

The term electrolysis was introduced by Michael Faraday 19th in the century. The word electrolysis is acombinationoftwo terms‘electron’ and ‘lysis’. Electron is relatedto electricity and lysis means decomposition 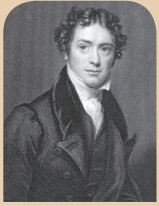 Food is important for our survival and also for the survival of many other living beings. Have you ever closely watched your mother cooking food? She boils rice, cooks vegetables, and prepares gravy by heating them over stove. When enough heat is given some chemical reactions take place to convert the raw food (uncooked) items into cooked ones.

You can learn more about this by conducting a reaction in your laboratory.

Take a small amount of lead nitrate in a dry test tube and heat it gently over a flame. Observe the changes closely. You will hear cracking sound and an evolution of reddish brown coloured gas (nitrogen dioxide). In industries limestone rocks are heated to get quicklime (calcium oxide) . Hence, some chemical reactions can be achieved by the supply of heat only. These reactions are called thermo chemical reactions or thermolysis.

Limestone is the raw material for quicklime, slaked lime and cement.

What will happen if there is no sunlight? All the living organisms will be affected and there will be no food for us to survive, is n’t it? Sunlight is important not only for us but also for plants. As you know photosynthesis (‘photo’ means light and ‘synthesis’ means production) is a process in which light energy from the sun is used by the plants to prepare starch from carbon dioxide and water. The sunlight induces the chemical reaction between carbondioxide and water, which finally ends up in the production of starch. Thus, chemical reactions induced by light are called as photochemical reactions.

The ultraviolet rays from the sun break ozone (O3) molecules in the stratosphere into molecular oxygen and atomic oxygen. This atomicoxygen again combines with molecular oxygen to form Ozone.

Photochemistry is the branch of chemistry which deals with chemical reactions involving light.

Sometimes you are advised by the elders to drink a small amount of ‘oma water’ after a heavy meal. Do you know, why? This is because oma water makes digestion faster. Likewise, in industries some chemical substances are used to speed up chemical reactions. These substances are called catalysts. For example, metallic iron is used as a catalyst in the manufacture of ammonia using Haber’s process. This ammonia is the basic material for the production of urea, an important fertilizer in agriculture. In vanaspati ghee (dalda) preparation, finely divided nickel is used as a catalyst. Thus, speed of certain reactions is influenced by the catalysts and such reactions are called catalytic reactions. 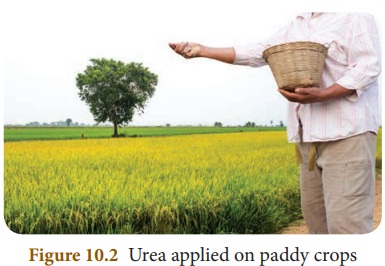 Enzymes and yeasts are called 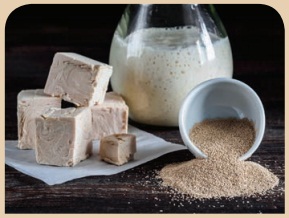 Buy some fresh yeast from a grocery shop. Prepare a paste of wheat flour with water in a vessel. Add some yeast and leave the vessel closed for few hours under sunlight. Observe the changes closely. What do you infer?