Sam is trying to open a tight jar, but he cannot open it. He asks his uncle to help. His uncle says that pour some hot water on the lid of the jar. Sam does so and tries to open it now. Wow! The jar is opened easily!

Do you have such experience? How do you open a tightly closed cap of the pen which could not be opened by you normally? 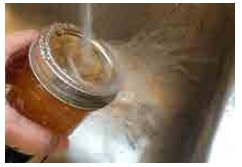 Hammer a nail into a tin can. Ease the nail out. Put it in again to make sure that the hole is large enough for the nail. Then, holding the nail with a pair of pliers, scissors or forceps, heat the nail over a candle, in hot water, or over the stove. Try to put it into the hole in the can.

I see that: it is hard to put the nail into the hole.

You will see that, now it is hard to put the nail into the hole. Heat expands solids. The molecules in the solid move faster, spread apart and occupy more space. 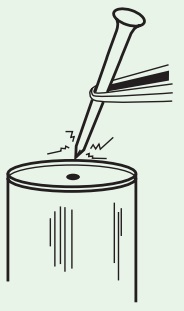 Most substances expand when heated and contract when cooled. The change in length / area or volume (due to contraction / expansion) is directly related to temperature change. 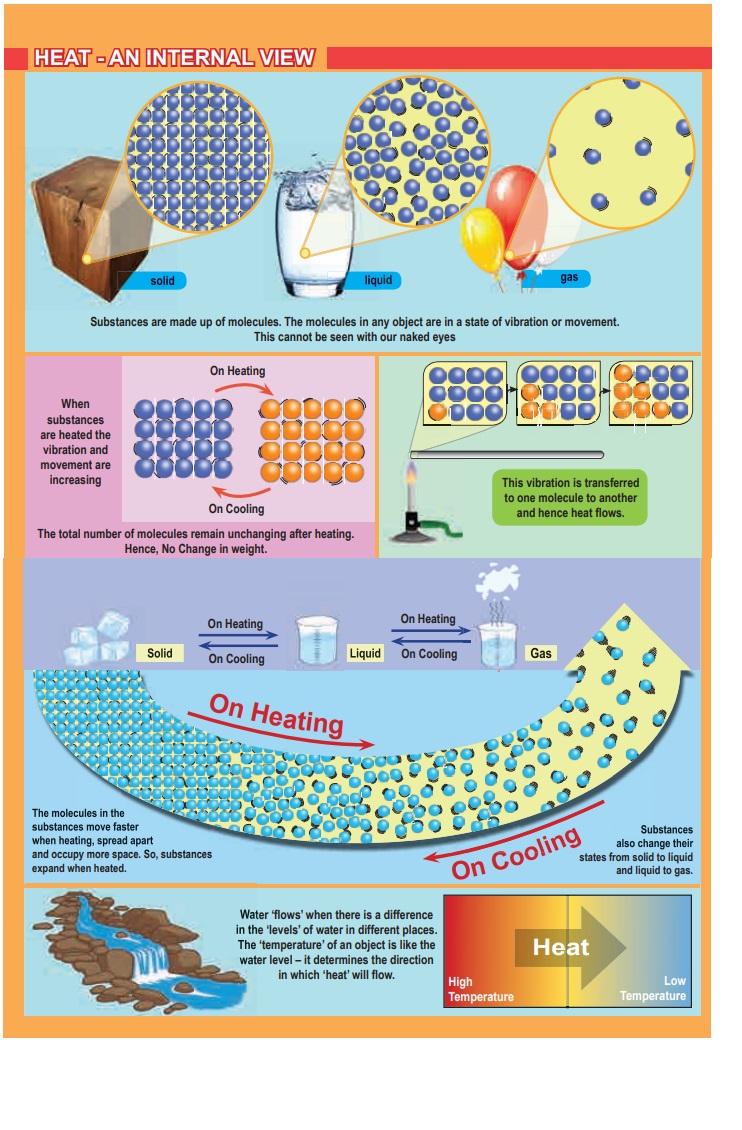