Evolution can be better understood only by observing the interrelationship between the existing organisms and also relating the similarities with the extinct organisms.

Evolution can be better understood only by observing the interrelationship between the existing organisms and also relating the similarities with the extinct organisms. The inter relationship of the organisms is also supported by evidences from different branches of biology. These evidences support the concept that all organisms have evolved from common ancestors.

1. Evidences from Morphology and Anatomy

The comparative study of morphology and anatomy of animals, reveal that they possess common set of characteristics.

i. Homologous organs: The homologous organs are those which have inherited from common ancestors with similar developmental pattern in embryos. The fore limbs of mammals are homologous structures. A human hand, a front leg of a cat, flipper of a whale and a bat’s wing look dissimilar and adapted for different functions. Their mode of development and basic structure of bone are similar. 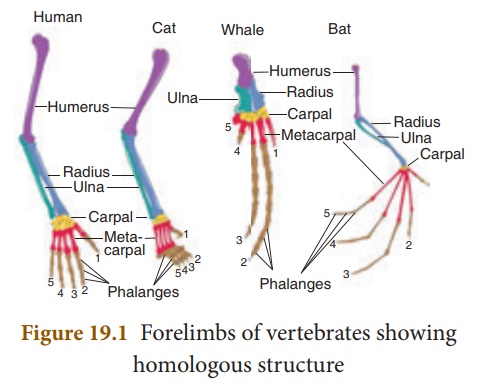 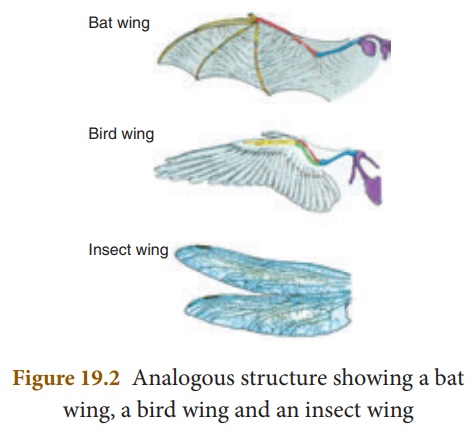 iv. Atavism: The reappearance of ancestral characters in some individuals is called atavism. e.g. Presence of rudimentary tail in new born babies, presence of thick hair on the human body. 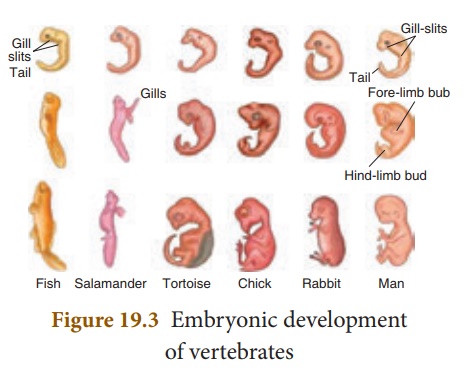 Biogenetic law or Recapitulation theory was given by Ernst Haeckel. According to this theory, Ontogeny recapitulates Phylogeny. The stages of development of the individual animal repeats the evolutionary history of the entire race of the animal.

Archaeopteryx : Archaeopteryx is the oldest known fossil bird . It was an early bird-like form found in the Jurassic period.It is considered to be a connecting link between reptiles and birds. It had wings with feathers, like a bird. It had long tail, clawed digits and conical teeth, like a reptile. 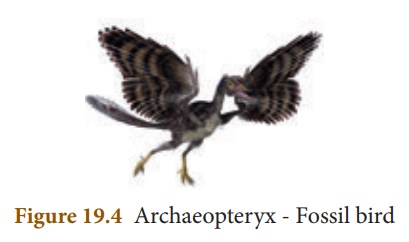