To represent an electrical wiring or solve problem involving electric circuits, the circuit diagrams are made.

To represent an electrical wiring or solve problem involving electric circuits, the circuit diagrams are made. 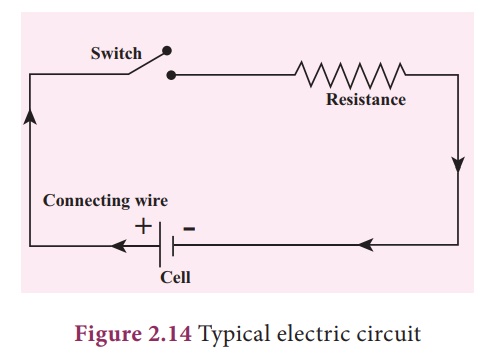 The four main components of any circuits namely the, (i) cell, (ii) connecting wire, (iii) switch and (iv) resistor or load are given above. In addition to the above many other electrical components are also used in an actual circuit. A uniform system of symbols has been evolved to describe them. It is like learning a sign language, but useful in understanding circuit diagrams. 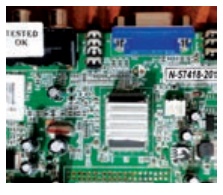 1. Some common symbols in the electrical circuit

Some of the symbols are shown in Table 1. 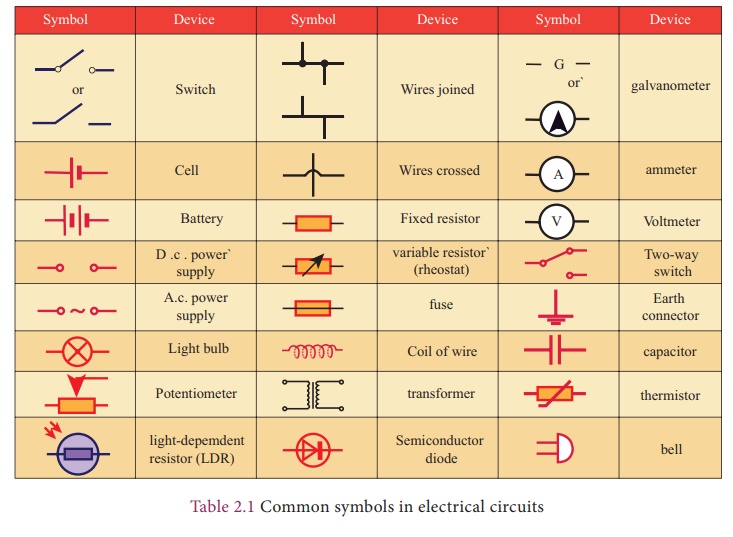 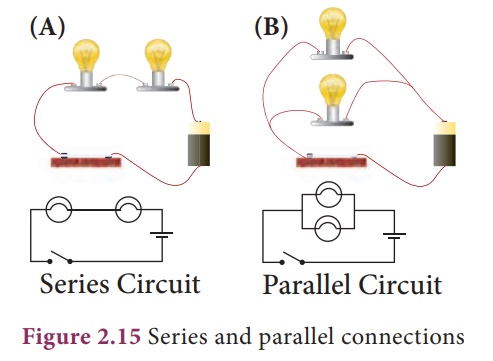 Now, for example, let us consider three resistors of resistances R1, R2 and R3 that are connected in series. When resistors are connected in series, same current is flowing through each resistor as they are in a single loop. If the potential difference applied between the ends of the combination of resistors is V, then the potential differences across each resistor R1, R2 and R3 are V1, V2 and V3 respectively as shown in Figure 2.16. 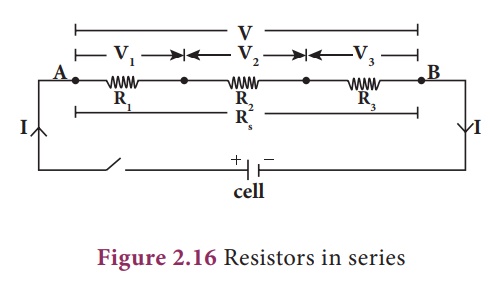 where R3 is the equivalent or effective resistance of the series combination.

Suppose, n resistors are connected in series, then the equivalent resistor is,

Look at the series circuit below.

a. What is the effective resistance of the three resistors?

b. What is the current measured by ammeter A1 and ammeter A2?

c. What is the potential difference across each resister?

c) Let V1, V2 and V3 be the potential difference across the 2V, 4V, 6V resisters respectively, then 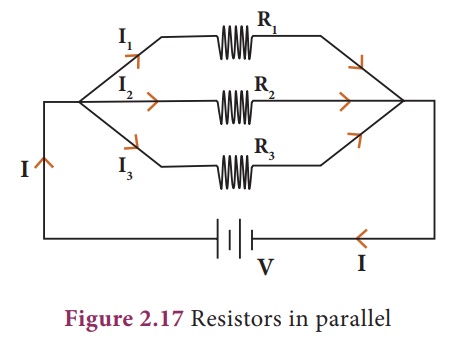 Consider three resistors of resistances R1, R2 and R3 connected in parallel. A source of e.m.f with voltage V is connected to the parallel combination of resistors. A current I entering the combination gets divided into I1, I2 and I3 through R1, R2 and R3 respectively as shown in Fig. 2.17.

where RP is the equivalent or effective resistance of the parallel combination. 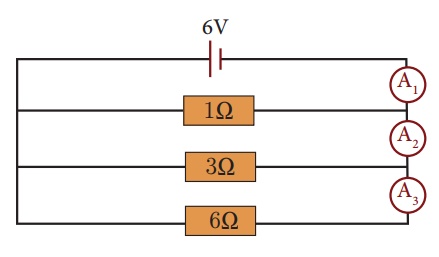 (a) What is the effective resistance of the three resistors?

(b) What is the p.d. across each resistor?

(b) As the resistors are in parallel, the p.d. across each resistor is equal,

Current measured by ammeter A1 is 1 A

Current measured by ammeter A2

(iii) Current through the 1 Ω resistor

Current measured by ammeter A3