As electrons are revolving in the orbits of an atom, they can be easily removed from an atom and also added to it. If an electron is removed from the atom, the atom becomes positively charged.

We know that all matter is made up of tiny particles called, atoms. Inside each atom there is a nucleus with positively charged protons and chargeless neutrons and negatively charged electrons orbiting the nucleus. Usually there are as many electrons as there are protons and the atoms themselves are neutral.

As electrons are revolving in the orbits of an atom, they can be easily removed from an atom and also added to it. If an electron is removed from the atom, the atom becomes positively charged. Then it becomes a positive ion. If an electron is added in excess to an atom then the atom is negatively charged. This atom is called negative ion. More than one electron can also be removed from or added to atoms to make them accordingly more positive and more negative (Fig. 2.1). 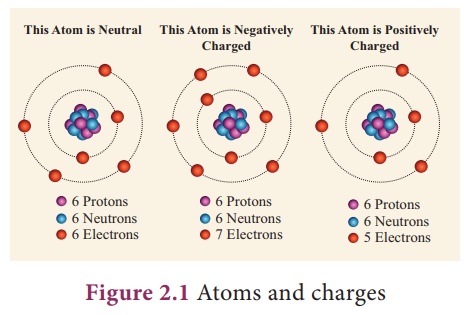 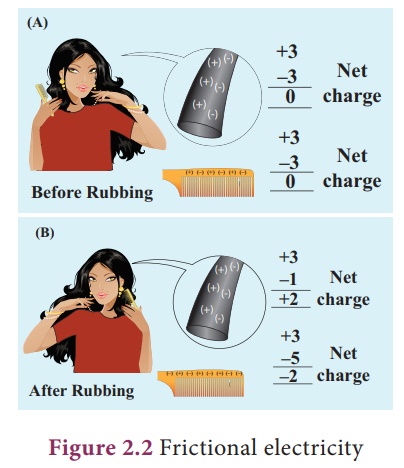 here, n is a whole number.

Can you guess how many electrons accumulate to make 1 C of electric charge?

How many electrons will be there in one coulomb of charge?

number of electrons in 1 coulomb

Electric charge is additive in nature. e total electric charge of a system is the algebraic sum of all the charges located in the system. For example, let us say a system has two charges +5C and –2C. en the total or net charge on the system is, (+5C) + (–2C) = +3C. 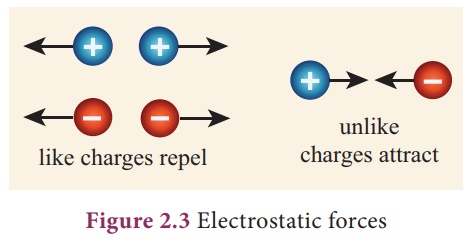 The numerical value (magnitude) of electric force between two charges depend on the, 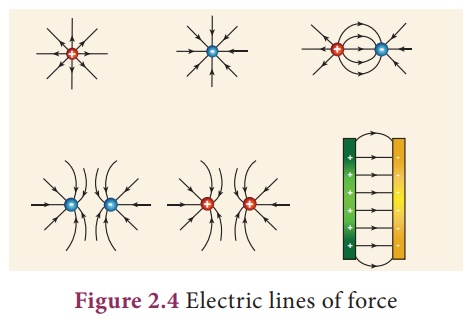 Though there is an electric force (either attractive or repulsive) existing among the charges, they are still kept together, is it not?. We now know that in the region of electric charge there is an electric field. Other charges experience force in this field and vice versa. ere is a work done on the charges to keep them together. is results in a quantity called ‘electric potential’. 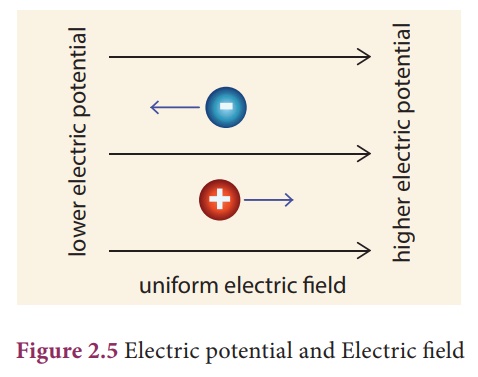