Grandfather asked Selvi to bring torchlight. While taking the torchlight, it fell down and the cells came out.

Grandfather asked Selvi to bring torchlight. While taking the torchlight, it fell down and the cells came out. She puts the cells back and switched it on (Fig. A)

The torchlight did not glow. She thought the torchlight was worn out. She was afraid that grandfather might scold her. She started crying. Her uncle came there and asked the reason for crying. She conveyed the matter. Her uncle removed the cells and reversed them (Fig B)

Now, the torch glows. Selvi’s face also glows. Uncle told her the reason and explained her about electric circuits.

Inside view of torch 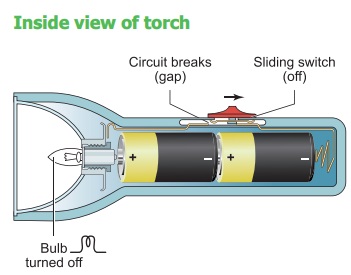 An electric circuit is the continuous or unbroken closed path along which electric current flows from the positive terminal to the negative terminal of the battery. A circuit generally has:

a. A cell are battery- a source of electric current

b. Connecting wires- for carrying current

c. A bulb- a device that consumes the electricity

d. A key or a switch- this may be connected anywhere along the circuit to stop or allow the flow of current.

In a circuit if the key is in open (off) condition, then electricity will not flow and the circuit is called an open circuit. The bulb will not glow in this circuit. 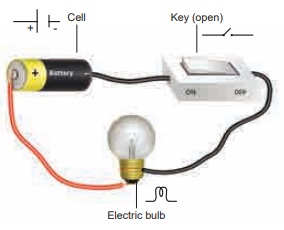 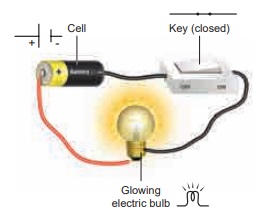 In a circuit if the key is in closed (on) condition, then electricity will flow and the circuit is called a closed circuit. The bulb will glow in this circuit.

Can you make a simple switch own by simple things available to you?

A circuit consisting of a cell, key, bulb and connecting wires is called a simple circuit. 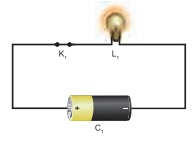 If two or more bulbs are connected in series in a circuit, then that type of circuit is called series circuit. If any one of the bulbs is damaged or disconnected, the entire circuit will not work. 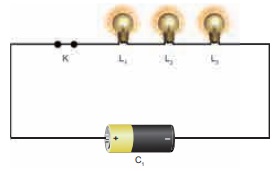 If two or more bulbs are connected in parallel in a circuit, then that type of circuit is called parallel circuit.

If any one of the bulb is damaged or disconnected the other part of the circuit will work.  So parallel circuits are used in homes. 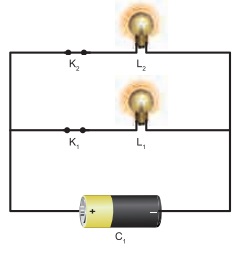 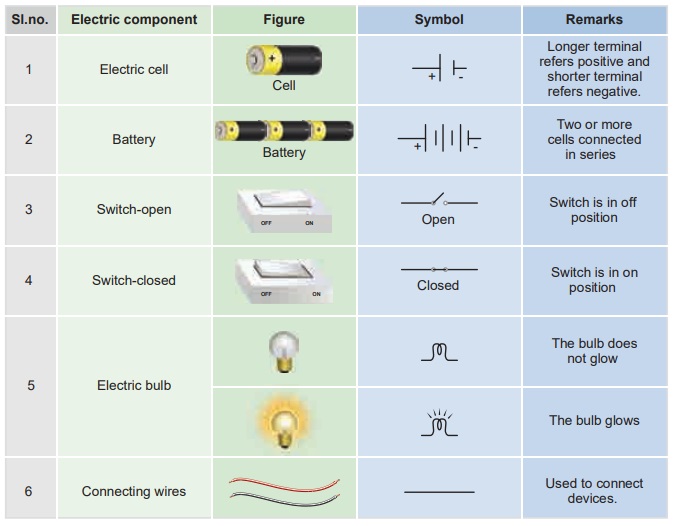 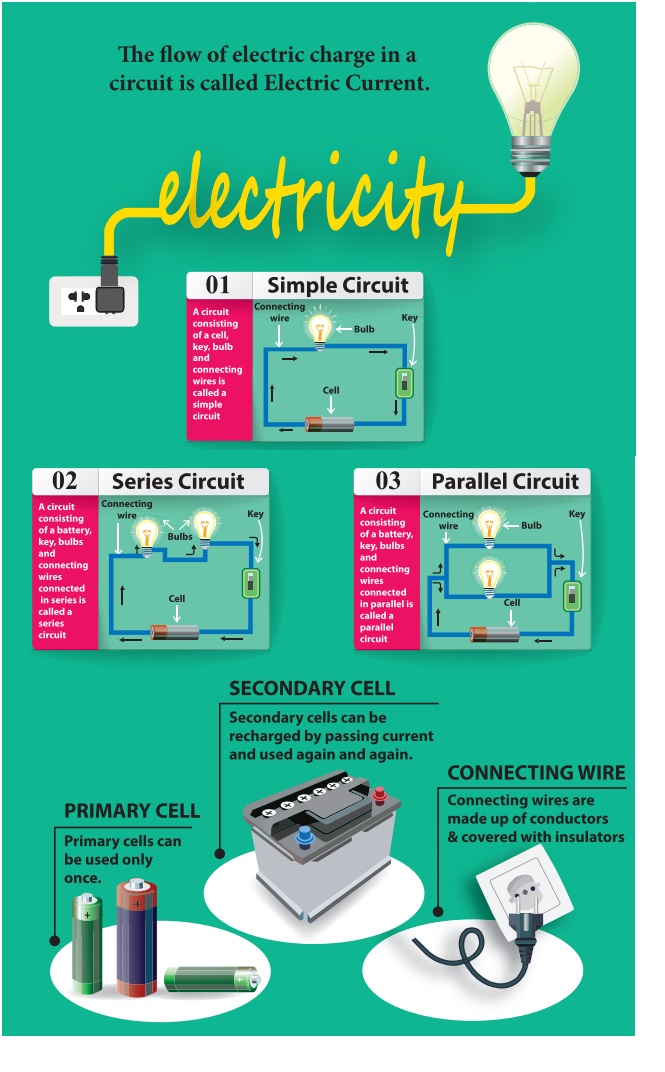 Electric  Eel  is  a  kind  of  fish  which  is  able to    produce    electric    current.  This fish can produce an electric shock to safeguard itself  from  enemies  and  also  to  catch  its food. 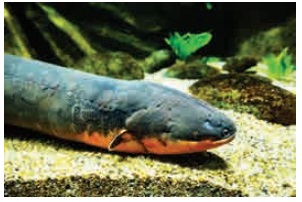 Ammeter is an instrument used in electric circuits to find the quantity of current flowing through the circuit. This is to be connected in series. 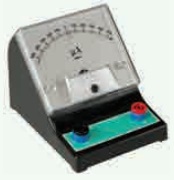