A chemical solution which produces positive and negative ions is used as electrolyte. Two different metal plates are inserted into electrolyte as electrodes to form a cell. Due to chemical reactions, one electrode gets positive charge and the other gets negative charge producing a continuous flow of electric current.

Depending on the continuity of flow of electric current cells are classified in to two types. They are primary cells and secondary cells.

They can not be recharged. So they can be used only once. Hence, the primary cells are usually produced in small sizes. 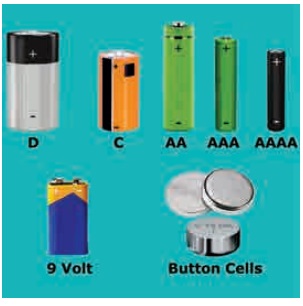 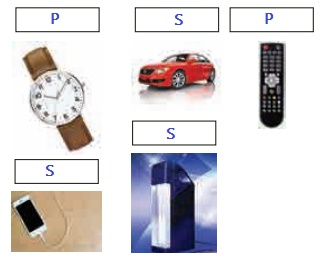 Often, we call cells as ‘batteries’. However only when two or more cells are combined together they make a battery. A cell is a single unit that converts chemical energy into electrical energy, and a battery is a collection of cells.

Activity 3: Take a dry cell used in a flashlight or clock. Read the label and note the following

2. What is the output voltage?

Look at the cells that you come across and note down the symbols and voltage.

All experiments with electricity should only be performed with batteries used in a torch or radio. Do not, under any circumstance, make the mistake of performing these experiments with the electricity supply in your home, farm or school. Playing with the household electric supply will be extremely dangerous!